Fathom > March 2020 > Book Review | The Decline of the Left Wing in Israel: Yossi Beilin and the Politics of the Peace Process

Book Review | The Decline of the Left Wing in Israel: Yossi Beilin and the Politics of the Peace Process 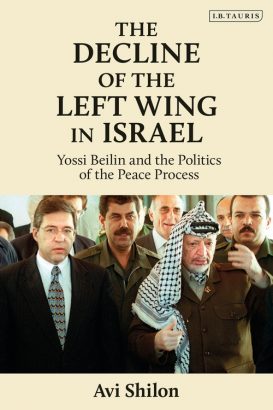 In an epoch of reaction, racism and populism, many ask how did Israel lose its way? Why did the traditional Israeli Left decay? Why did the far Right achieve ascendency? Even the centre Right has lost its balance.

Avi Shilon attempts to answer these questions in this well-researched and insightful book by reference to the figure of Yossi Beilin, who was the moving force during the halcyon days of Israeli liberalism in the 1990s.

Shilon, who has written a biography of Menahem Begin and a characterisation of David Ben-Gurion’s last years, had access to Beilin’s voluminous archives. Although Rabin derided Beilin as ‘[Shimon] Peres’s poodle’, Shilon is objective and nuanced in describing their close 40-year long relationship – and the subsequent parting of the ways due to the angst of the slow-motion collapse of the Oslo peace process.

Beilin was often pictured as the archetypal Tel Aviv Leftist, a middle class intellectual and fixer – one of the ‘ahusalim’ (Ashkenazi, secular, Israeli-born, socialist, nationalist). In this biography, the real Beilin is fleshed out, far more a figure of stature than the stereotype.It would have been thought that Beilin followed in Moshe Sharett’s path rather than that of Ben-Gurion. Shilon argues instead that like Peres, Beilin appreciated Ben-Gurion’s sense of realpolitik, espoused ‘a classic Zionist outlook’ and operated within the Labour establishment. While in hindsight, he began to understand the flaws in the Oslo process, Beilin clearly tempered Sharett’s aspirations for a settlement with Ben-Gurion’s realism in the changed circumstances of the 1980s.

Beilin came from a traditional background and was a religious Jew until well into his mid-20s. The tipping point was the débâcle of the 1973 Yom Kippur War. It seems that he not only lost confidence in the political establishment, but this was accompanied by a loss of faith in God – no tefillin (phylacteries), no kashrut (dietary laws), no shul (synagogue). A working journalist and part-time lecturer, he joined Labour as it began to lose its solitary hold on power – amidst the rise of the Right, the settlement drive, the Moshe Dayan-Yigal Allon rivalry and perhaps most pertinent, the eternal Peres-Rabin feud.

Hired in 1977 as an adviser and spokesperson, Beilin was wooed by Peres’s charm, political acumen and literary interests. Beilin, however, was no ordinary apparatchik, but someone whose intellectual insights were respected and well-received. As early as 1981, Peres told Beilin that Israel should engage in dialogue with the Palestine Liberation Organisation, but qualified this by stating that it was far too early for the Israeli public to accept such a move.

Beilin often found himself at odds with the Labour old guard such as Ahdut Ha’avodah’s Yisrael Galili, whose territorial maximalism was fortified through Marxist rationale. Beilin was amongst the founders of the Mashov group of young thinkers within Labour. It was from this group’s deliberations that Beilin emerged as one of the brightest stars in the Labour firmament – and argued for a renewal of Zionist universalism. In this respect, in the mid-1980s, he strongly advocated opposition to South Africa’s apartheid regime via concrete acts instead of hollow words.

The Comprehensive Anti-Apartheid Act in the US forced Israel to terminate its role as a supplier of arms and weapons systems to South Africa. These included the Saar-class boats, Gabriel surface-to-surface missiles and components of the Kfir jet fighter-bomber. The Board of South African Jews and the Zionist Federation opposed the imposition of sanctions. In contrast, many Black African states began to strengthen their ties with Israel which had been broken off after the 1973 Yom Kippur War. In September 1987, the inner cabinet approved moves to freeze government loans, the import of iron and steel and the purchase of Krugerrands. Remarkably, then Prime Minister Yitzhak Shamir supported Beilin’s stand – as a leader of the far-right Lehi underground during the 1940s, he took an anti-imperialist position.

After 18 months of discussions, Beilin was responsible for the structuring and writing of the London Agreement, signed by Peres and Jordan’s King Hussein in April 1987. He was, however, sceptical about Peres’s desire to fulfil the terms of the rotation agreement with the Likud. Beilin felt that Peres should have gone to the country and fought a general election on the basis of his peace plan.

With a succession of glorious failures behind him, Labour in 1991 dropped Peres in favour of  Rabin. If Peres had remained leader, he would have put forward Amos Oz as the next president of the state of Israel. Yet, when Rabin offered Peres the Foreign Ministry after Labour’s 1992 electoral victory, he simultaneously imposed restrictions on his rival’s actions via a slimmed down portfolio. Ironically this provided Beilin, as deputy foreign minister, the political space to construct the Oslo Accords.

He was thus able to supervise the back channels of Yair Hirschfeld and Ron Pundak who met Abu Ala and Afif Safiya in London. Indeed, it was only in February 1993 when an outline agreement was formulated that Peres was informed about the back channel – and who later spoke to Rabin.

Beilin heard about Rabin’s murder while talking to Amos Oz in New York. Shilon says that Beilin felt responsible – ‘as the person who paved the route that ultimately led to the assassination’. He also felt the irony that Rabin would be popularly remembered as someone who had been killed because of his ‘pursuit of peace’. While that is certainly part of the truth, Shilon points out that Rabin essentially adhered to ‘a hardline security-oriented worldview’.

Shilon quotes the late Michael Feige’s description of Rabin’s assassin Yigal Amir as the ultimate outsider – a Mizrahi Jew in an Ashkenazi society, a national religious Zionist in an ultra-Orthodox yeshiva, a university graduate belittled by his classmates and rejected by girls. (Another irony among many is that Feige, a Ben-Gurion University academic, was himself killed in a terror attack while waiting for the bill at a Tel Aviv restaurant.)

As Oslo became a matter of nostalgia rather than that of politics, Peres wanted to run against Barak – he was then in his 80s. Peres then joined Ariel Sharon and Ehud Olmert in the newly formed centrist Kadima party, finally becoming Israel’s president a few years later. Beilin during this period formulated the Geneva Initiative with Yasser Abed Rabbo, a rational road map for the continued pursuit of a two-state solution to the Israeli-Palestinian conflict. While supported by an array of international figures, the plan was published at the height of the Second Intifada’s suicide bombings. Sharon swiftly shunted it into the political sidings. The golden age of Israeli liberalism was fading fast – first Beilin was marginalised in a shrinking Labour party, then he spent four difficult years leading the left-wing Meretz party. In 2008, at the age of 60, he left politics for the private sector.

In one sense, Beilin was misplaced as a leader and party kingpin, but was effective as a man of ideas who could translate them into pragmatic policies.

Shilon peppers this parallel account of Beilin’s odyssey with the decline of the Left. He asks important questions. Was the Oslo aspiration to end the conflict premature and precipitous? Did  secular Israelis underestimate the cultural religiosity of their Palestinian opposite numbers – especially when it came to the question of sovereignty over the Temple Mount/ Haram al-Sharif in Jerusalem? Were the Palestinians unable to shed the trauma of the Nakba and therefore found it impossible to make an historic compromise? Was Arafat psychologically unable to dispose of the imagery of an anti-imperialist chieftain? Were [US President] Bill Clinton’s well-intentioned initiatives coloured by a liberalism which erroneously perceived Arafat in a similar light?

To all this must be added the loss of identity and ideology amongst socialist parties worldwide in the wake of the Soviet Union’s demise; in the 1990s, globalism and a belief in neo-liberalism was the consensus view in most of the West (including Israel). The concurrent rise of Islamism in a changing world further solidified the appeal and theological intransigence of Hamas and Islamic Jihad, Sunni outfits supported by Shi’ite Iran.

One small but key point is that the decline of the Left arguably started when Ben-Gurion broke away from Mapai to form Rafi in 1965. Unlike Peres and other acolytes, Ben-Gurion refused to return to the Labour Alignment, but instead formed the State List in 1969 – this, in turn, became a founding component of the Likud in 1973. This movement of central figures of the Left to the Right colours the careers of Ben-Gurion, Peres, Moshe Dayan, Sharon and countless others. This is unrecognised in Avi Shilon’s otherwise absorbing and well-argued book.

Colin Shindler is an emeritus professor at SOAS, University of London. 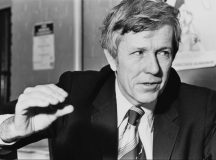 Democratic Socialism, Israel and the Jews: An Interview... 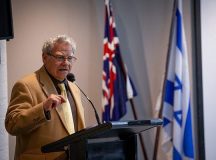 The genesis of the Trump plan lies in... 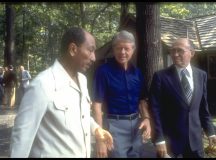 Not so reluctant: Menachem Begin and the Israel-Egypt...