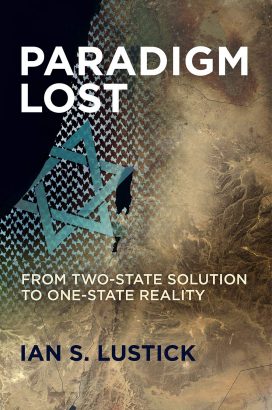 This slim volume traces Ian Lustick’s thinking on why the two-state solution, which he terms the TSS, has failed. He argues that the two-state solution ‘is no longer a viable political objective or a practical, useful plan for thinking about the problem’. But it never was, and that largely because of Palestinian rejectionism, argues Medad. The editors welcome responses to the review.

The ‘paradigm’ Lustick has championed for decades had its origin in the Cairo Conference of March 1921. It was there that Winston Churchill, as newly-appointed Colonial Secretary, conducted deliberations with his staff and advisors and decided to adopt what is referred to in Middle East studies as the Sharifian Solution. That policy saw Great Britain as responsible for fulfilling, as much as possible, its war-time pledges to the Arabs as delineated in the McMahon-Hussein talks. The two sons of Sharif Ali ibn Hussein were set to become rulers of much of the former Ottoman Empire territory, with Abdullah becoming Emir and later, King, of newly-created Transjordan (although originally, the Foreign Office had not thought the Jordan River to be an adequate frontier) and Faisal was crowned as king of the new Kingdom of Iraq, formerly Mesopotamia, after losing Syria.

Later that month, in Jerusalem, Churchill confirmed this first two-state solution outline. Essentially, as Isaiah Friedman has noted, TransJordan would be carved out of ‘Historic Palestine’ and become a separate political entity. That policy was confirmed by the League of Nations in Article 25 of its 1922 Palestine Mandate decision although both territories, juridically, would be under the same administrative umbrella of the British Mandate for Palestine. In doing so, the two brothers would dissociate themselves from Palestine, and, in particular, Abdullah would recognise the legitimacy of the Jewish National Home policy. In fact, Abdullah did inform a local Arab delegation, who were protesting the essence of the Balfour Declaration for a reconstituted national Jewish home in the area between the Jordan River and the Mediterranean Sea, that they had to accept the situation as offered, telling them ‘the Arabs must remember that the question of interests not only them and Jews, but Christendom as well’.

That suggested resolution did not work. Seventy-five per cent of the land-mass Chaim Weizmann demanded the 1919 Paris Peace Conference grant to the Jewish National Home was lost. In 1937, the remaining 25 per cent was subjected to a partition proposal with the hope that this second two-state solution concept would resolve the conflict the Arabs had with Zionism. It didn’t. Neither did the third proposal of a two-state solution of the UN in 1947.

This brief review of Mandate-era history is ignored by Lustick, which would have provided some qualifying historical context to his central argument. The truth is that the two-state solution was not ‘lost’ recently, but had been attempted, and had failed, and failed again, long ago. Lustick ignores this history.

Before Lustick asks, in his fifth and last chapter, if a One-State Solution (OSS) can work, his previous four chapters deal with the so-called ‘Iron Wall’ element of Zionism, first championed by Ze’ev Jabotinsky in 1923. Lustick asserts that it was this concept that bred ‘distrust and territorial maximalism rather than inclinations to compromise’, as did the legacy left by the Nazi genocide, which he terms ‘Holocaustia’, along with the over-influential pro-Israel ‘Lobby’ in the US. For Lustick it is for these reasons that the TSS, not only as a policy but also as a paradigm, failed.

However, Lustick does not confront the character of ‘Palestinian Arab nationalism’, the course of its history, or its hostility to the entire notion of a Jewish homeland. This failure is typical of proponents of the TSS. One might say it is a necessary failure. Without it, it would be impossible for them to keep sending their ‘solution’ down the walkway of diplomatic fashion, this or that element altered.

Mitchell Bard, of the nonprofit American-Israeli Cooperative Enterprise (AICE), has recently written that while it is presumed to be rational that ‘the best way to resolve a conflict between two people over one land is to divide it between them’ this ignores the fact that ‘the conflict has never been just about land.’ The apparently rational solution is not because it ‘fails, for example, to account for religion, history, or psychology, all of which shape the parties’ attitudes.’ Does Lustick address this stumbling block? No, he doesn’t.

The cornerstone of the Arab rejection of TSS was laid in July 1919 at the Syrian Arab Congress in Damascus. The resolutions adopted there, in their essence, remain in place: ‘We reject the claims of the Zionists for the establishment of a Jewish commonwealth in that part of southern Syria which is known as Palestine, and we are opposed to Jewish immigration into any part of the country … we desire that there should be no dismemberment of Syria, and no separation of Palestine or the coastal regions in the west or the Lebanon from the mother country’.

Lustick simply ignores, rather than trying to counter any of the arguments against the 2SS made by Caroline Glick in her book The Israeli Solution: A One-State Plan for Peace in the Middle East. She argued there that the TSS proponents err as regards: the ‘demographic threat’, the population statistics of the West Bank being radically inflated; the extent of Palestinian anti-Semitism, and the refusal to negotiate in good faith; terrorism, and the denial of Israel’s right to exist, as well as minimising or ignoring the long history of Jewish presence in the region.

I read through the book carefully as I am mentioned, on page 194, as one who provided Lustick with advice, insight, hospitality and/or guidance. Here are but a scant few of the many egregious claims, assertions and misrepresentations Lustick makes, in my opinion:

* He claims that Israel ‘created the Palestinian refugee problem’ (p. 1). Was that accomplished all by itself? In rejecting the UN Partition Plan and launching a war of aggression, did the Arabs of Palestine not play any part in the creation of the problem?

* He claims Israel ‘destroyed the one option available for a negotiated compromise’ (p. 1) and that the failure of the 2SS is ‘primarily a function of Israel’s behaviour’ (p. 4). But these are opinions, not political science facts. And they are easily disputed. He only acknowledges Arab failure to the extent that he admits that the Arab and Palestinian elites were ‘inept’ at times (p. 9). That is quite the understatement.

* He appears bothered that ‘until January 1993, Israel treated [the] PLO as a terrorist organisation’ (p. 9). It wasn’t?

* Tracing the build up to the 1967 war, he manages to leave out the founding of the PLO and its role (p. 19) despite mentioning it four pages earlier.

* Discussing the negative influence on Zionism/Israel by the Holocaust, the Mufti’s Nazi-involvement and subsequent PLO anti-Semitism is missing (p. 30) and on p. 42 ignores the Farhoud and other Arab anti-Jewish riots during WW II.

* He claims ‘no progress was made during 2010 construction moratorium’ but doesn’t explain why, as if Mahmoud Abbas didn’t enter negotiations (p.81).

These are only a few of the examples out of the dozens I jotted down in the book’s margins as my reading proceeded. In toto, they provide the backdrop to Lustick’s incomplete, misleading and erroneous review of the history of the Arabs’ conflict with Israel. 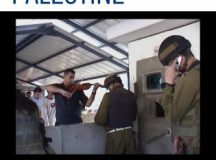 By John Strawson
It is extraordinary that 70 years after the UN partition resolution we are still discussing... Read more > May 2020 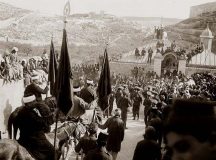 By Yisrael Medad
Fathom is marking the 100th anniversary of the beginning of the British Mandate with a... Read more > May 2020 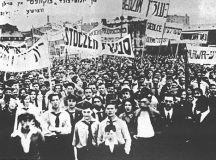 Reflections on Jabotinsky’s 1906 pamphlet ‘The Bund and...

By Yisrael Medad
Yisrael Medad is deputy editor of the forthcoming critical English-language edition of the writings of... Read more > May 2020

By Yisrael Medad
Yisrael Medad writes a weekly media column for the Jerusalem Post and serves as a foreign... Read more > May 2020