Book Review | More Than I Love My Life 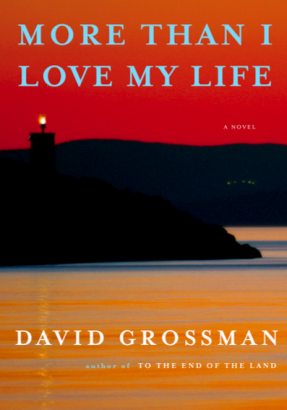 In October 1951, Rade Panić—who had fought for Josip Broz Tito’s partisans during the Second World War—committed suicide while in the custody on the UDBA, the Yugoslav secret police. Accused of being a Soviet spy, his arrest took place during the brutal Cominform period of Yugoslav history when, following the Tito-Stalin split of 1948, Yugoslavia’s communist authorities were on the hunt for internal enemies, purging the party of supposed allies of Joseph Stalin and the Soviet Union.

When Rade’s wife, Eva Panić Nahir—herself a partisan—was confronted with news of her husband’s death by hanging, the UDBA presented her with a stark choice: either she should sign a piece of paper denouncing her husband as a spy, traitor, and an enemy of the people, or the regime would whisk her away to Sveti Grgur, a penal colony in the Adriatic where political prisoners broke rocks under the blazing sun. The first option would mean betraying her husband but offered the prospect of a normal life with her daughter. With the second she would be defending Rade while abandoning her child to an uncertain fate.

The Israeli novelist David Grossman—who won the Israel Prize in 2018 for his life’s work—first encountered Eva Panić Nahir’s story more than twenty years ago, one which formed the basis of a 1989 television series produced by the Yugoslav writer Danilo Kiš, a 2002 Israeli documentary film called Eva, and a profile in Ha’aretz published in 2003. ‘She and I developed a profound friendship. It was impossible not to like her, and not to be in awe of her power and humanity,’ Grossman writes. At the same time, ‘it was also difficult, at times, not to balk at her principled and hermetic rigidity.’

‘She wanted me to write her story,’ Grossman details, and with More Than I Love My Life (first published in Hebrew in 2019), he has immortalised Eva in the form of a roman à clef. ‘I am a woman who can in life love only one man, and no more,’ says Vera, Grossman’s Eva, in the higgledy-piggledy syntax of an immigrant’s Hebrew rendered well into English by Jessica Cohen. ‘I love Milosz’—Rade—‘who was my husband and died by Tito, more than anything in world, more than my life. I will every night tell you about him, and also what I went through in camps because I so loved him. And also I cry very much.’

In Grossman’s telling, in the winter of 1963, Vera Novak, an immigrant from Yugoslavia, is living and working on a kibbutz when she meets the recently-widowed Tuvia. They become a couple; at the same time, Tuvia’s son, Rafael, falls for Vera’s only daughter, Nina, ‘a tall, fair-haired girl of seventeen whose long face, which was pale and very beautiful, showed almost no expression.’ With minimal dialogue, much of the language of the novel’s opening sections is violence, and its background music, death. Theirs is a family unit riddled with pathologies and damaged by secrets, and the relationship between Nina’s inherent disturbance and the choice Vera made in the UDBA’s custody comes to take centre stage.

‘Yet it breaks my heart / my son / to think / that I have— / that one could— / that I have found / the words,’ Grossman wrote in Falling Out of Time (2011), and indeed, ever since 2008’s To The End of the Land—during the writing of which his son, Uri, was killed in the final hours of the Second Lebanon War—Grossman has been circling around the themes of pain, illness, death, and grief within families in search of a form in which to express them. Falling Out of Time was a kind of prose-poem lifted out of recognisable time and place, while A Horse Walks Into a Bar (2014)—which won the Man Booker International Prize in 2017—was a crazed, anguish rant by a stand-up comedian using what he promises to be his final set in order to unravel and reveal secrets that have been eating away at him for decades.

More Than I Love My Life owes more to the latter than the former. Both are concerned with how past choices inform the present, the bond between parents and children, a person’s relationship to history, as well as illness, madness, and death. Both focus on tortured, tormented, and scared individuals who resort to rageful monologues in order to express themselves (in the case of A Horse Walks Into a Bar, that monologue is the novel). And both also constitute literature as organised chaos, novels made up of rubble out of which the central story has to be unearthed.

More Than I Love My Life is narrated by Gili—Vera’s granddaughter, the daughter of Rafael and Nina—and the novel takes the form of the notes she keeps while working on a movie about Vera’s life. (Confusingly, the novel and therefore film centre around a ‘return’ to the island of Goli Otok, which was also a penal colony off the coast of Croatia, but one that housed male prisoners exclusively. The aforementioned neighbouring island, Sveti Grgur, is where Eva was and Vera would have been sent for her political re-education.) Rafael is the film’s director, and Gili the ‘script girl’ or ‘continuity girl.’

Part of Rafael’s method is to have Gili record in writing everything that is taking place while a movie is being made. ‘He wanted me to write down the elements that don’t explicitly appear in the film: thoughts, associations, even the random memories of crew members, but also my own,’ she recalls. This convention gives rise to a novel full of skips and changes, half-thoughts and untied threads. It serves to heighten tension, to mislead and confuse, but that confusion can lead to frustration. Reading More Than I Love My Life is a game of patience that sometimes has its rewards.

Like a dowel pierced through the centre of a layer cake, what keeps the novel together is Vera: her story, her love, her choice, and her relationship with her daughter, whose condition also dictates the shape and feel of the film and novel. ‘Why did you and my dad both leave me on the same day?’ Nina asks Vera. ‘The police put us in prison,’ she says. ‘And you couldn’t get out?’ ‘No,’ Vera responds. ‘In some sense that was true,’ Gili recalls, ‘but it was also the beginning of the lie that would grow and branch out until it strangled all of us.’ 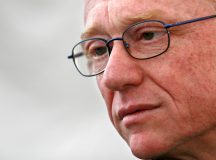 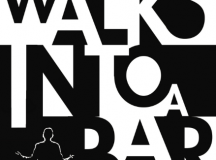 Book review | A Horse Walks Into a...

By Liam Hoare
A Horse Walks Into a Bar, an opening line to many a haggard joke, is... Read more > September 2021 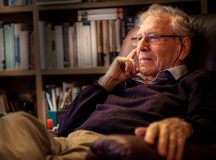