Book Review | Israel and the World Powers: Diplomatic Alliances and International Relations beyond the Middle East

by Jacob Eriksson
BACK 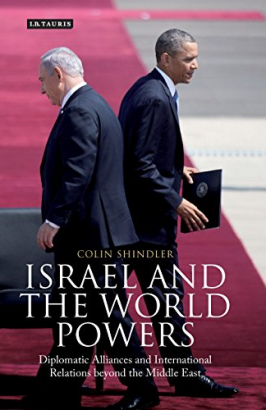 This volume comes at a particularly interesting time for Israel. The most recent war in Gaza has claimed the lives of over 2,100 Palestinians – most of them civilians according to the UN – and over 70 Israelis, most of them soldiers. As with every recurring round of hostilities, it is more than just a military engagement; it is simultaneously a public relations battle. Each side goes to great lengths to emphasise their victimhood, and convince the world that their actions and fundamental causes are just.

Given what many perceive to be disproportional casualty figures, the continuing occupation of the West Bank and blockade of the Gaza Strip, Israel appears to be increasingly losing international sympathy. How will this affect its foreign relations? This question can be more readily answered with an understanding of the foundations of Israel’s external relationships, which is precisely what this volume provides. It is a valuable historical resource and the choice of case studies represents both the old powers and the new, power being defined quite broadly.

The cover image shows Benjamin Netanyahu and Barack Obama walking away from each other in opposite directions. Whether deliberate or not, the choice seems an apt one. The special relationship between Israel and the USA is at its lowest ebb since George H.W. Bush withheld loan guarantees over settlement construction in the early 1990s. Disagreements between the two governments have been unusually bitter, indeed venomous, and above all, public, with Secretary of State John Kerry a particular target for abuse from the Israeli right.

Weinberg’s chapter constitutes a balanced reflection on a complex relationship. Congress remains a bulwark of support, the Israel lobby continues its dedicated work, and conservative Republicans and Evangelicals are staunchly pro-Israel. A younger generation of Americans, however, including American Jews, are growing less sympathetic to Israel and more critical of the occupation. His prognosis for the future is appropriately nuanced, and predicts more of the same: occasional disagreements but no dramatic divorce, with continued security ties probably operating on autopilot.

This is one of the highly interesting issues which the reader can reflect on in practically every chapter: how does the political sphere of bilateral relations interact with the economic, military, or social spheres? Broadly, the picture seems to be one of separation between politics and economics. No matter what political differences might exist, trade and sales of military technology continue to be highly important for each party. Freedman’s chapter on Putin’s Russia is a particularly good example of this dynamic, which for both parties involves balancing a multifaceted set of regional interests.

A pressing question is whether greater linkage between economics and politics could alter Israeli behaviour, particularly in the context of the conflict with the Palestinians. This question is analysed in Del Sarto’s contribution on Israel and the European Union (EU), an excellent example of this type of disconnect and ambiguity. Calls for economic boycotts of Israel by the Boycott, Divestment and Sanctions (BDS) movement, for example, have been growing louder during the recent Gaza conflict. While the leveraging of economic relations has not yet materialised, politicians like Yair Lapid have acknowledged that this should be a very real concern for Israel. Indeed, Del Sarto argues that in the long term, the differences between Israel and the EU on the peace process are likely to affect bilateral relations. This is an issue which deserves further analysis, and though the combined analysis of the volume could potentially shed light on this, unfortunately very few chapters deal with the issue as directly as Del Sarto’s.

Lochery’s chapter on Great Britain adopts a more historical perspective, perhaps an understandable decision given the pivotal British role in Mandatory Palestine. However, Tony Blair’s New Labour period is only addressed in one short paragraph. A more detailed analysis of the relationship between Blair and the Foreign Office on Israel and broader Middle East policy during this tumultuous period would be a fascinating addition.

Even when considering the new powers, however, the contributions tend to lean towards the historical rather than focusing on the more recent developments or future trajectory of relations between the two. Examples include the chapters on India, Brazil, and Polakow-Suranky’s chapter on South Africa. The latter is particularly interesting reading given the controversial issues of apartheid and close military cooperation. The nuclear issue is dealt with in some detail, although the issue of a nuclear testing range is dealt with very swiftly, without dwelling on the question of whether Israel conducted nuclear tests there or not. Shichor’s chapter on China bucks the trend somewhat and provides both a historical analysis and an interesting assessment of future Sino-Israeli relations centred around economics and trade.

While Shindler’s introduction provides a useful overview of the work as a whole, one significant thing the volume conspicuously lacks is a concluding chapter to draw everything together, and address important issues like the relationship between the political and economic level. Without a conclusion to identify the common issues and themes that recur across the case studies, the chapters frequently seem a little disjointed. More importantly, one is left wondering what the overall message of the volume is. Being one of the world’s leading scholars in the field of Israel Studies, Shindler’s analysis of these questions would be most welcome.

This omission notwithstanding, this is a very good book. It illuminates the political complexities of bilateral relations with Israel in the context of broader regional politics, and provokes some fascinating questions and thoughts about the challenges Israel faces in the future.