Jared Kushner’s account of his four years in the Trump White House produces several interesting revelations. It is all there: the incremental friction with China, impeachment, John Bolton, Russian subversion, Hunter Biden, the wooing of Kim Jong-un, the 6 January assault on the Capitol, the murder of George Floyd, the Covid pandemic, white supremacism and a plethora of other issues which an army of observers, commentators, critics and analysts were preoccupied with during the anarchic Trump years. However, it is Kushner’s deep involvement in attempting to secure Middle East peace and in the Abraham Accords that will appeal to all those interested in the fate and future of Israel.

Kushner projects himself as a principled family man — a Jewish traditionalist who keeps Shabbat, attends synagogue and eats kosher but who suddenly finds himself thrust into the hurly burly of West Wing intrigue and international politics. He sees himself as the only adult in the room who offers sage advice to his father-in-law whom he refers to as solely ‘Trump’ in this work. Yet there are lacunae which are immediately apparent in this 500-page book.

Indeed there is a whole herd of rampaging elephants in the room that are never referred to. There is never any questioning as to why Trump empowered his immediate family or those who were long time employees such Jason Greenblat, Trump’s real estate lawyer — and subsequently a Middle East peace envoy. The revolving door of senior government appointees is hardly touched upon. Hire and immediate fire, a characteristic of Trumpworld, transitioned to the White House, with Kushner’s apparent acceptance. What many saw as circumventing the law is often deemed maverick — thinking outside the box. The rule of law by implication occupies a second place to the primacy of transactional negotiations. Yet all this clearly did not escape Kushner’s purview as he comments: ‘Trump was new to Washington and had an unconventional governing style’.

In Kushner’s world of real estate and realpolitik, the universalism within Judaism is banished. Human rights, a measure of such universalism — for example, as in Mohammed bin Salman’s Saudi Arabia — hardly feature in Kushner’s understanding of US foreign policy.

There is no mention of his involvement with Habad — many of whose adherents favoured the Kahanist Otzma Yehudit in the 2019 Israeli election — both at Harvard and at his Washington synagogue. This seems strange even if Kushner solely identified with the Lubavitcher Rebbe’s religious teachings, but not with the movement’s political direction. It is believed that he and his wife visited the Lubavitcher Rebbe’s grave to pray for a Trump victory in 2016. If this was a well-publicised, unfounded rumour, then Kushner could have scotched it with a sentence in this book. He did not.

Kushner bought his first building at the age of 19, graduated from Harvard as a self-made multi-millionaire and moved on to the rarefied atmosphere of real estate brokers, bankers and investment fund practitioners — and entered the elevated domain of the Trumps and the Murdochs.

Yet the Kushner story is one of familial rags to riches. Kushner relates how his grandmother, Rae, survived the Novogrudok ghetto and reached America with his grandfather, ‘Hatchet Joe’ who developed a successful construction business there.

A meeting with Trump, led Kushner to meet his daughter, Ivanka — and there is deep affection for her throughout this book. When told by Kushner that they would get married and that Ivanka would convert to Judaism, Trump asked without malice: ‘Why does she have to convert? Why can’t you convert?’

Trump was accepting of Ivanka’s decision and quipped: ‘Most people think that I am Jewish anyway…’

When Kushner mentions Israeli history, it appears to be surface deep. His initial attachment to Israel seems to be Diaspora-emotional rather than detailed and informed. Kushner’s first foray into Israeli politics came when he was not even in office, when Trump was still president-elect. At the behest of the Israeli Ambassador, Ron Dermer, Kushner together with Steve Bannon and Michael Flynn worked the phones in attempting to avert the passing of UN Security Council Resolution 2334 which criticised the proliferation of settlements on the West Bank and around East Jerusalem. It passed 14:0 with the United States unusually abstaining rather than voting against. It was Obama’s last criticism of Israel’s settlement policy before he left office.

Kushner, however, sees it as revenge for Netanyahu’s opposition to the JCPOA deal with Iran — yet he omits to note that Obama had strongly opposed the settlement drive throughout his tenure. As Kushner points out, it was rare for a president-elect to intervene in the political moves of an outgoing president.

During the 2016 election campaign, Trump went off script at an AIPAC meeting, implying that he would be pleased to see the back of Barack Obama. While greeted with great applause, the AIPAC leadership was less than amused and put out a clarifying statement. Kushner reports that an aggrieved Trump never attended another AIPAC conference during the four years of his presidency.

David Friedman, a bankruptcy lawyer in Manhattan and passionate advocate of the settlers on the West Bank, was appointed US Ambassador to Israel. Kushner regarded Friedman’s connections with the Israeli Right and the US evangelicals as an asset — in that he could build relationships and report back to Washington. Friedman in turn commented that any peace agreement was very much like a bankruptcy proceeding.

Even so, Friedman comes across as personally promoting annexation and the settlement drive while US foreign policy did not. In reality, Friedman was stuck between the whims and flip-flopping of both Trump and Netanyahu.

Kushner’s real achievement was the Abraham Accord in forging diplomatic relations between Israel and the UAE. Kushner reveals that it was never as straight-forward as all the adulation in the Jewish Diaspora made it out to be.

While Israel had had unofficial relations with the UAE since 2008, Yosef al Otaiba, the UAE Ambassador to the United States, told Kushner in the spring of 2019 that his country was ready to recognise Israel. Kushner does not relate either the reason or the context for this declaration.

With some hesitation, a reticent Netanyahu was willing to embrace a two-state solution and to proceed along a path which Kushner and his team had fashioned. The fundamental basis was that Israel would take steps towards accepting Palestinian statehood in return for the eventual US recognition of Israel’s sovereignty over agreed upon areas of the West Bank. All this was to be announced at a press conference with Trump.

While Kushner had asked Dermer to ensure that Netanyahu kept his remarks brief and avoided political controversy, Netanyahu told Trump at the press conference that he had become the first world leader to recognise Israel’s sovereignty over Judaea and Samaria. Netanyahu went further and said that Israel would apply Israeli law in these areas and in the Jordan Valley as well.

Such deviance did not amuse Trump who believed that Netanyahu was simply campaigning for re-election and even considered endorsing Benny Gantz as his preferred candidate for Israeli prime minister. Kushner writes that his own ‘knuckles turned white’ at the misrepresentation of his plan. As many later understood, this was vintage Bibi.

Kushner was particularly furious at Friedman who either by design or incompetence had led Netanyahu into a dead-end street.

Netanyahu refused to row back from annexation. The British Foreign Secretary of the time, Dominic Raab, told Kushner that if the US supported annexation, then the UK would recognise a Palestinian state. While Kushner attempted damage limitation in a series of interviews, Netanyahu demanded immediate annexation and refused to budge.

The way out of this conundrum was trading annexation for full recognition by the UAE. Even then, Netanyahu refused to move forward unless ‘three Arab countries’ would normalise relations with Israel. Eventually the Abraham Accord emerged into the full sunlight of international acclaim. The protests of a stagnating Palestinian Authority were marginalised. Too many Arab states had grown fatigued with Palestinian political immobility under its present leadership.

The Kushner family saw the Accord in terms of recent Jewish history. As Kushner’s sister later put it: ‘Bubby and Zayda (Grandpa and Grandma) would be so proud. Only God could write the script.’

Kushner occasionally mentions the Jewish community in the United States in very broad terms, but without comment. Yet many Jewish organisations were highly critical of the Trump years — even if they were grateful for the recognition of Jerusalem as Israel’s capital and the movement of the US Embassy. 75 per cent of American Jews did not vote for Donald Trump. Kushner, Friedman, Greenblat and those who thought like them were never representative of American Jews.

Despite its omissions and its soft-soaping of the inanities of the Trump years in this book, Kushner comes across as an honourable Jewish American who helped to make a diplomatic difference against all the odds in the Middle East where others had failed. This book is undoubtedly an interesting read. 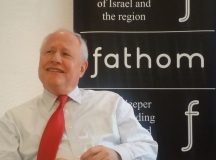 ‘Trump is continuing Obama’s retreat from the world’:...

By William Kristol
William Kristol is the founder and editor at large of the influential US political magazine... Read more > September 2022 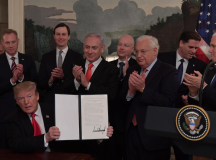 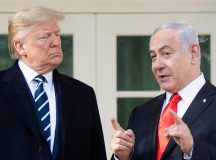 Trump and Netanyahu: The Disagreements Beneath The Surface

By Ofer Zalzberg
In this insightful essay Ofer Zalzberg, Director of the Middle East Program at the Herbert... Read more > September 2022