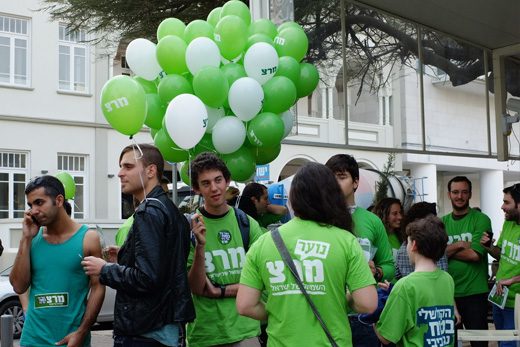 Jerusalem, January 25. The gloomy narrative that Israel’s soul had been captured by the settlers and the ideological right-wing has been broken. The Left is back.

This election was a failure for the sitting Prime Minister Benjamin Netanyahu and his young guard in the Likud, especially Education Minister Gideon Saar and Environment Minister Gilad Erdan, both of whom took leading roles in the campaign. It was an astounding success for former journalist Yair Lapid and his centrist Yesh Atid party, and a resounding comeback for the Zionist-left, especially the Meretz Party.

The peace camp has been despondent throughout the Netanyahu years, and not simply about the government’s direction. The fear was that the electorate and with it the country’s narrative – and soul – was being captured by the settlers and the ideological rightwing. It was this paralysing narrative that was broken on election day, which was a mandate for a kind of normalcy.

On the two key issues of the economy and the occupation – upon which the left should build its identity – this election was like a laboratory, testing which issue should be predominant. Meretz, the small but feisty Zionist-left party, chose to run a campaign on both issues and doubled its representation in the Knesset. The party put out a very clear message – and explicitly labelled themselves as the left alternative – and saw an explosion of new activism, and most importantly, a surge in participation of young people. On the streets of Jerusalem on election day, there were young Meretz activists, barely old enough to vote, handing out stickers at polling booths. Theirs was a pragmatic activism; a realistic leftism that was welcomed here but could be a model for elsewhere.

Meretz’s clear pronouncement against the occupation no doubt aided them in capturing some votes that would have otherwise gone to the Labour Party. My cousin, a Meretz voter who is a financially strapped mother of two in Israel’s Northwest Galilee, said this about the elections: ‘The demonstrations two summers ago meant everything. The people got up and learned how to do something. I not only voted Meretz; I was proud to do so.’

The Labour Party, in contrast, chose to ignore or muddle the issue of the occupation and promoted only the need for a social democratic economy – limiting its growth from 13 to 15 seats. Labour’s former-prime minister, Yitzhak Rabin, lost his life to a Jewish assassin’s bullet at a rally for peace and an end to the occupation, but the current Labour Party leader, Shelly Yachimovitch, refused to take up Rabin’s mantle, instead choosing to ignore the Palestinian issue, blurred her party’s views and ran TV ads featuring her cooking in the kitchen. It was a tactic that will no doubt now be debated internally among the party’s leadership, including those in the new Knesset faction whose political views on ending the occupation are quite clear, such as Merav Michaeli, Eitan Cabel and Isaac Herzog.

Though the next government will likely be center-right in economic policy (Yair Lapid is no social democrat, not even remotely so), a fighting spirit is back among the people. Two of the leaders of the economic protests are now in the Knesset on the Labour list – Itzik Shmuli, the former head of the National Student Union, and Stav Shaffir, the spokesperson for the street protests – and both are expected to engage on economic issues, along with Shelly Yachimovich. This fighting spirit will be needed. The Zionist-left has a tough job ahead of it. It is underfinanced for starters (Meretz could not afford election posters so resorted to social media as a substitute). While this election was a failure for the ideological right-wing, that faction of society is not going away quietly, and the Left will need to mobilise civil society to pressure the new government on social justice and the future of the Israeli economy.

Right wing messianism took a serious fall in this election. On the left, idealism was mixed with a healthy and uplifting pragmatism. So, it is fitting that on election night, popular Israeli musician Shlomo Artzi’s performance of A New Land, was posted on the Meretz website, with the lyrics: ‘No, heaven doesn’t exist. Maybe a new land does.’ 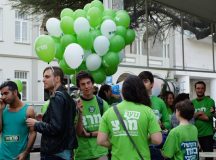 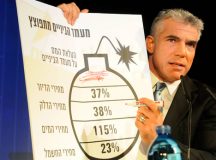