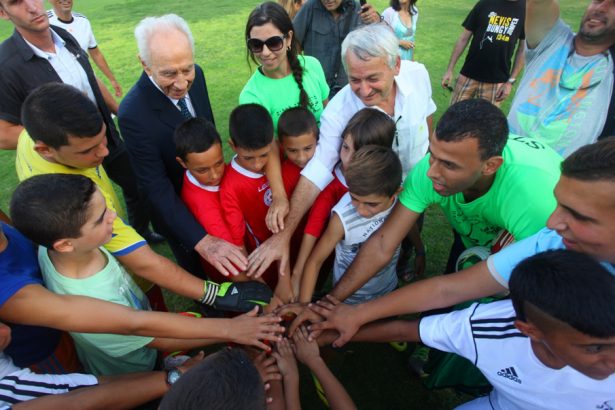 On 30 June 2015, Joel Braunold, US Director of the Alliance for Middle East Peace (ALLMEP) spoke to a Fathom Forum on the importance of people-to-people movements to any eventual resolution to the Israeli-Palestinian conflict.

When the Palestine Survey and Research Group published their quarterly research on levels of support for the two-state solution, everyone concentrated on the top line point, which is that support for the two-state solution has dropped to 51 per cent support in Israel and has stayed steady on 51 per cent support among Palestinians. But the really worrying statistics were below the fold. As many as 56 per cent of Israelis are worried or very worried on a daily basis that they will be murdered by Arabs and 79 per cent of Palestinians are worried or very worried on a daily basis that they will be murdered or have their land confiscated by Jews. It gets worse. 56 per cent of Palestinians believe that the Israeli objective is to expel them from the land, 25 per cent that the objective is annexation, whilst 43 per cent of Israelis believe that all Arabs are out to kill them and 18 per cent believe their aim is the conquest of Israel and the removal of their citizenship. Aggregated, between 60 and 80 per cent percent of the two populations believe that the intent of the other is the removal of their rights or their actual destruction. The Pew opinion surveys demonstrate that the youth of Israel and Palestine are even more pessimistic than their elders about the future, so any hopes that change may come with the new generation are likely misplaced.

The international community has been very good at focusing on doing civics, economics, or politics at any one time, but never all three simultaneously. When diplomatic efforts seemed to be succeeding during the Oslo years, governments placed a heavy emphasis on ‘people-to-people’ programmes designed to bring Jews and Arabs together, but post-Intifada there was a move towards a more economic approach with state building that saw $3 billion of US loans being poured into the construction of a Palestinian state. When this failed to lead to the creation of Palestinian state, the economic approach was abandoned in favour of a renewed focus on diplomacy, exemplified in John Kerry’s belief that if you managed to get the right people in the room and push hard enough a solution could be found. In short, the three components for Palestinian statehood and the end of occupation – which are all necessary but insufficient in themselves – have been segmented, resulting in repeated failure.

Underlying these failures has been a huge gulf in trust. It is that gulf which the ‘people-to-people’ community has been trying to close. Both within the Green Line and beyond it, there are a number of civil society groups that seek to bring Israelis and Palestinians, Jews and Arabs together, in agriculture, education, industry, high-tech work, and advocacy programmes. The Alliance for Middle East Peace (ALLMEP) was established in 2003 in Washington DC by Avi Meyerstein in response to the tendency of such ‘people-to-people’ movements to travel to Washington, meet with a member of the administration, and then leave empty-handed. ALLMEP is a coalition of 91 organisations which seeks to persuade lawmakers that the work of grassroots programmes is not only nice, but also necessary. At the moment, ALLMEP secures $10 million a year for grassroots programmes, 23 per cent of the global total, but this is not enough. The $1.5 billion fund that the International Fund for Ireland (IFI) had at its disposal over a 25 year period ensured that $33 per capita was spent on reconciliation programmes there, as opposed to $3.75 in Israel-Palestine. ALLMEP’s calculations suggest a $200 million Israeli-Palestinian Fund for International Peace is required to properly finance the vital work of peace and reconciliation organisations.

ALLMEP’s work extends beyond the financial dimension. On the human capital front, our regional director Huda Abuarquob seeks to build a sense of community amongst these extremely diverse groups, covering everything from Kids4Peace to Center for Religious Tolerance, and to help them co-operate, learn from each other, and leverage each other’s successes. We seek attention not to simply generate positive news stories but to ensure such stories are both noticed and seen as important. This is vital as Jewish philanthropists are prepared to channel vast sums of money into efforts to combat the movement for Boycotts, Divestments and Sanctions (BDS), but are more reluctant to give to efforts to build peace between Israelis and Palestinians. The Joint Social Venture Fund, the collective giving fund of the Jewish Federations of North America with a combined income of $3 billion per annum, gives only $800,000 towards efforts to build bridges between Jews and Arabs. There are some federations that sponsor this work such as in San Francisco and New York, but this lack of collective giving is a serious problem. So a greater focus on this work, whilst not a panacea, will go a long way to correct this problem of under-resourcing.

There are some, especially within the BDS movement who say our work is pointless, that it will never lead anywhere, and that it has no endgame. All I ask is that they hold their own community to the same standard to which they hold ours. The concept that the arc of history will suddenly bend and all will be well when you apply enough pressure is an absurdity today, when you have an armed and secure Israel that will under no circumstances give up that status. The best the BDS movement can hope for is an impoverished pariah state with unconfirmed nuclear weapons. The BDS movement has won the spotlight, but it needs to mature and decide how it wants to use it. At the moment, it promises full equality to Palestinians who live in Israel, the end of occupation to those who live in Gaza and the West Bank, and the full right of return to refugees. Everyone wins. The reality is that not everyone will win because there is another population there. The challenge the BDS movement faces is how they come to terms with that fact and engage with it.

More worrying still is the anti-normalisation movement, which seeks to police interactions between Israelis and Palestinians, cutting off all links that the BDS activists deem not to contribute to the right of return, the end of occupation, or full equality. Ultimately, these attempts to enforce separation are futile. But they make life especially difficult for those in the ‘people-to-people’ community, whose work is premised on bringing Israelis and Palestinians together. The philosophy of the anti-normalisation movement, built as it is on a refusal to believe in the power of conflict resolution or in the value of anything that does not directly support Palestinian struggle or protest, is intellectually coherent, but ultimately self-defeating. The average Israeli is not going to join Anarchists Against The Wall, yet almost everyone in the anti-normalisation movement is from the constituency of people who would. This ideological dogmatism chokes these movements, as they will achieve none of their goals by refusing to engage with the very Israeli Jews who disagree with them and that they need to persuade.

The unhelpful attitude prevails on both sides of the conflict. Anti-normalisation should be set alongside the proposed Israeli NGO laws to tax donations from foreign governments, brand NGOs that receive such donations as ‘foreign agents’, and limit government co-operation with such potential. Government restriction of funding to control the debate is the parallel of the anti-normalisation community. Just as the anti-normalisation community seeks to shut down anything that does not directly advance their specific agenda, such legislation attempts to shut down anything that disrupt the image that Israel puts out to the world.

‘People-to-people’ work has brought thousands together and has the potential to do so much more. A sceptical parent’s outlook might be changed by sending their children to a Hand In Hand School, a farmer’s through cross-border agricultural work with Olive Oil Without Borders, and someone with limited access to water can be reached by a cross-border water programme with EcoPeace. The best people to convince Israelis that Palestinians are not monsters, and to show the Palestinians that Israelis are not monsters, are the respective populations. It is only through affecting this kind of change by building trust that Arab-Jewish relations will be normalised. Yes, Jewish-Arab alliances must be built on the political level: Israeli governments routinely exclude 20 per cent of the population and a fundamental shift in political culture is needed there. But they must also exist on the local level. Until trust is built through practical action on the ground, every solution will ultimately be swallowed up by its absence. 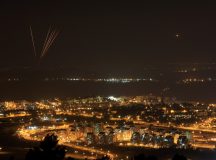 Gaza One Year After – An Interview with...

By Elhanan Miller
Elhanan Miller is the Arab Affairs reporter for the Times of Israel. Alan Johnson... Read more > Summer 2015

By Simon Round
Amos Oz has lived through every one of Israel’s wars and fought in two of... Read more > Summer 2015