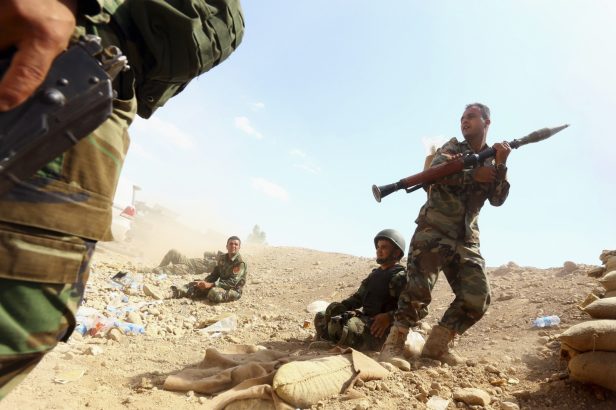 In this symposium, six experts – Kyle Orton, Aymenn al-Tamimi, Craig Whiteside, David Wells, Michael Barak and Ely Karmon – discuss the prospects for reconstruction and governance in formerly ISIS-held territory after the immediate military victory of the coalition forces. What is the balance sheet on the coalition’s campaign? What is the likely future of the Jihadi movement? How should the West deal with the ‘returning Jihadis? And what is the shape of any viable regional security framework.

Where will ISIS regroup? Ely Karmon

Dr Ely Karmon assesses where Islamic State fighters are likely to regroup after their territorial defeat in Iraq and Syria, highlighting the recent growth of ISIS presence in Afghanistan and evaluating whether the new US strategy for Afghanistan and Pakistan will make a difference. Read more

Dr Michael Barak identifies Egypt as an area of growing activity for ISIS, as the movement loses its territorial integrity in Iraq and Syria and the Global Jihad movement continues to view the Egyptian regime as one of the jihad movement’s most bitter enemies. Read more

How ISIS has changed the terrorist threat in the UK: an interview with David Wells

Craig Whiteside examines how counterinsurgency tactics currently being used by the Iraqi government’s security forces – such as population expulsions, extrajudicial killings, and mass incarceration – could influence the future rise of another “Islamic State” organisation. Read more

Aymenn al-Tamimi argues that whilst ISIS is no longer expanding (tatamaddad) its territory, it has been preparing for the fall of its Caliphate by utilising its “fallback” from cities in Iraq and Syria as mini-tests for how it can remain (baqiya) after its supposed defeat by the West. Read more

Kyle Orton argues that the current fragmentation in the West’s approach to defeating ISIS, and the lack of local, legitimate governance to replace the areas left behind, provide favourable conditions which allow ISIS to regain a foothold in parts of Iraq and Syria from which it has already been expelled. Read more