Fathom > March 2020 > Zionist Responses to the Trump Peace Plan (1): The Failure of the Old Paradigm

Zionist Responses to the Trump Peace Plan (1): The Failure of the Old Paradigm 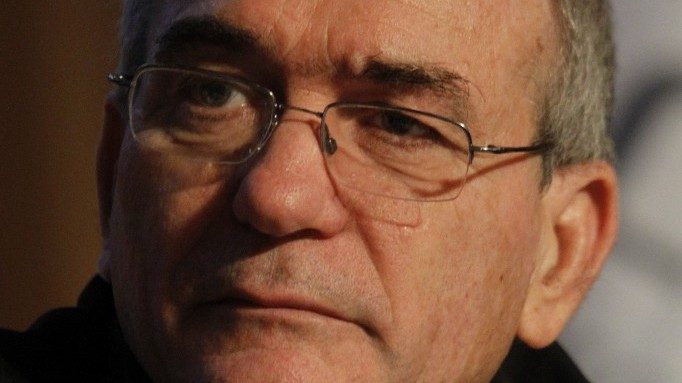 According to Brig.-Gen (Res.) Yossi Kuperwasser, the real paradigm change in the Trump plan is that ‘it deprives the Palestinians from their veto power and tells them that if they don’t change this narrative, they will pay a heavy price and everybody will move on’. Below is a transcript of Kupwerwasser’s presentation during an event by the Jerusalem Center for Public Affairs on 11 February 2020 about the Trump plan and the global reactions to it. For a more critical perspective of the Trump plan, see Jack Omer-Jackaman’s in-depth essay here.

The invitation says that I’m going to speak about the Arab reaction to the Trump plan, and I shall, but Ambassador Gold asked me, and I gleefully agreed, to speak also about the security aspects of the plan, being a General, former chief intelligence officer of IDF’s central command, head of military intelligence research division, director general of the ministry for strategic affairs, and author of many publications on the issue, including an article or two in the Jerusalem Center for Public Affairs book on the security requirements of Israel, I thought it makes sense. Moreover, these two issues are closely related and intertwined.

The security threats emanate to a large extent from the situation of the Arab world today in two aspects: one, the Arab world and the wider Middle East are engaged in a big ideological battle between Pragmatists and Radicals that affects Israel’s security. Because of this battle, the Middle East is a very unstable and violent neighbourhood. Two, some of the major players in the Middle East are determined to harm Israel and support those Palestinians that want to see Israel disappear.

This threat picture was gravely exacerbated by the previous deal-of-the-century, the deal to embolden Iran and guarantee the Mullah’s regime a safe path to acquiring a big military nuclear arsenal and hegemony over the Middle East, also known as the JCPOA.

Once the US, led by President Donald Trump, left the deal and re-imposed sanctions, the Radicals, led by Iran, escalated their efforts to reinstall this great deal for them and by doing so they have put the Pragmatists on alert and at the same time had to worry that what they perceive as their empire begins to shake. The Pragmatists dared to go out to the streets in Iraq, Lebanon, and Iran itself, asking to be freed from the Iranian Islamic tyranny.

Under this picture, it is easy to understand the security threats that are detailed in Appendix 2A of the plan, the opportunities that are also stated in the plan, and the reactions in the Arab world to the plan.

The Pragmatists understand that the plan is necessary, possible, and justified. It is necessary for their security and for Israel and the Palestinians, it is possible because it is fair, and it is justified because it is high time the Palestinians stopped preventing the rest of the Arab world from moving forward. The new paradigm upon which the plan is based provides them with an opportunity to take these steps forward.

They cannot say it out loudly in a forum like the Arab League, but the participation of some of them in the ceremony, their national leadership reactions, and their diplomatic messages are clear. Because they want the best for the Palestinians and for themselves, they actually support the plan at least as a basis for negotiations. The Sudan move that was not criticised by the Pragmatists says it all. The Hashemite Kingdom of Jordan and the Arab Republic of Egypt are in a more sensitive situation but it seems that as long as Israel is coordinating its moves regarding the plan with the US they will not harm their delicate relations with Israel. They have a lot to gain from the plan economically and security-wise, and they have nothing to lose. We all understand that for Jordan the Jordan Valley component is exactly what it needs though Jordan cannot utter it.

The Radicals are of course against the plan since they are against anything that strengthens the Pragmatists and Israel. This explains Iran’s, Turkey’s and the Islamic State’s harsh reactions. They don’t care about the Palestinians and their well-being, they only care about their own imperial aspirations, which are going to be hampered if Israel is secure, makes peace with the Palestinians and establishes normal relations with the pragmatic states.

The plan gives reasonable answers to most of the threats, both from outside the areas that are governed by the Palestinians and from within it. These threats include Iran’s attempts to gain access to the Palestinians in Gaza and in the West Bank, Islamic State’s and Muslim Brotherhood’s efforts to harm Israel, smuggling of weapons and dual use material, and the perpetration of terror attacks, including the use of rockets and other explosives.

Compared with the extremely dangerous security plan of the Obama administration that was prepared by general John Allen that was allegedly accepted by some Israelis and rejected by others, the new plan is much better. The Allen plan did not provide security and was going to cause inevitable bitter quarrels between Israel and the US. In the new plan Israel is expected to defend itself by itself and has overriding security responsibility in all the areas. It will control the crossings and the areas around the future Palestinian state. It will be able to carry out security related operations inside the territory of the Palestinian state according to its own decision of whether such operations are needed, and unlike the Allen plan there are going to be no foreign forces involved in any security matters. Moreover, the plan recognizes that the Jordan Valley is critical for Israel’s national security and therefore will be under Israeli sovereignty.

The concept of security criteria that the Palestinian Authority Security Forces have to reach before it is given responsibility is very important as long as the assessment of whether they actually reached the criteria is done solely by Israel.

Yet, the plan is not perfect from Israel’s security point of view. First, since Israel does not have an equivalent area to the Jordan Valley along the border between Egypt and Gaza the Palestinian controlled route under/over land that is going to connect Gaza and the West Bank constitutes a threat that was not sufficiently addressed. Second, the review committees that overlook the security and the crossings issues have an American participant which may erode the Israeli overriding responsibility, though fortunately these committees are going to be much less involved in day-to-day issues compared with the irresponsible Allen plan. Third, the Palestinian state may be established well before the new narrative the Palestinians have to adopt is inculcated into their culture and psychological infrastructure. The time tables in this respect are vague. We have to remember that the main obstacle to peace is the existing Palestinian narrative, and the entire plan is focused on the need to change it.

The real paradigm change in this plan is that it deprives the Palestinians from their veto power and tells them that if they don’t change this narrative, they will pay a heavy price and everybody will move on. This is why the Palestinian leadership is so much against the plan. Simply put, it refuses to change the narrative and accept that it is a prerequisite for having a state of their own. To manifest their intransigence, they incite their constituency to express their opposition to the plan by violent means, including acts of terror and popular unrest, while they try to fight against the plan on the diplomatic arena. This strategy, that already led to several terror attacks and raised tension, was used in the past and though there were times when it was considered successful from the Palestinian leadership point of view it seems that this time is not one of these occasions. Much of course depends on the results of the coming elections in the US. If a Democrat wins much of this plan is going to disappear but if Trump gets a second term the Palestinians will have to reassess their policy.