Fathom > September 2018 > The Zionist Ideas: Visions for the Jewish Homeland — Then, Now, Tomorrow

The Zionist Ideas: Visions for the Jewish Homeland — Then, Now, Tomorrow

by Gil Troy
BACK 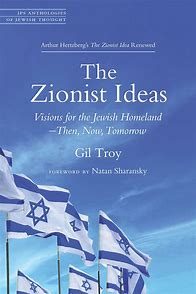 Reproduced from The Zionist Ideas: Visions for the Jewish Homeland—Then, Now, and Tomorrow, edited by Gil Troy by permission of the University of Nebraska Press. Copyright 2018 by Gil Troy. Download a PDF version here.

Inevitably, critics claim that Zionism’s identity anomalies invalidate the movement. Such harsh verdicts show that Israel is targeted for special, obsessive condemnation as ‘the Jew among the nations’ — in the Canadian academic and politician Irwin Cotler’s phrase. Each of the world’s 196 countries represents some kind of identity cocktail mixing religion and ethnicity. Yet only the Jewish mix is deemed toxic.

In fact, Zionism’s seeming paradoxes highlight the legitimacy of the Zionist mission to establish a Jewish democratic state for the long-suffering Jewish people in their traditional homeland. Judaism, as uniquely both a religion and a nation, allows individuals to convert to Judaism, then join the Jewish people — a biologically permeable, non-racist form of nationalism. Both the Zionist movement and the idea of nationalism formally began in Europe. Slightly less than half of the world’s Jews live in the Jewish state today, but more Italians live outside of Italy and there are seven times more Irish Americans than Irish citizens. The Jews and the Palestinians assert rival claims to the same land, just as other nations have conflicting land claims without invalidating one another’s essential claims to nationhood. Nationalism isn’t an exclusive land deed; it’s an identity-building process based on a shared past or present.

These exceptions demonstrate the Zionist idea’s resilience — and Jewish civilization’s post-1948 renaissance. Zionism was the great miracle maker. It reestablished Jewish sovereignty in the Jewish homeland as Israel cumulatively welcomed three million refugees from the Holocaust, the Arab expulsion, Soviet persecution, Ethiopian dislocation. It returned the Jews to history, transforming the world’s perma-victims into robust actors on history’s stage, with rights and responsibilities. It established a Western-style democracy in the hostile Middle East with a significant minority of Arabs and a majority of Jews, mostly from undemocratic countries. It started a Jewish cultural revolution: reviving Hebrew, modernising the Holy Tongue into a language for blessing — and cursing. And while facilitating ultra-Orthodox and Orthodox revivals, it generated creative religious inspiration that revitalized Jewish life worldwide and offered the most viable home for perpetuating secular Jewish identity.

Today’s Israel is robust. These miracles have become routine realities in a high-tech, science, and pharma behemoth; a breeding ground for do-gooding civil society NGOs; and a laboratory for creative Jewish living whose population has grown 10-fold, as its gross domestic product has multiplied 30-fold—per capita.

Yet today’s Zionist conversation is fragile. The anti-Zionist campaign against Israel has distorted the discussion. On the Left, opponents of Israel’s policies toward the Palestinians frequently join the delegitimisation derby — sometimes consciously, sometimes not—emboldening those who escalate from criticizing Israeli policy to rejecting Zionism. Some trendsetting intellectuals purport to reject all nationalisms. Yet somehow they favour politically correct nationalisms like the Palestinians’ while disfavoring ‘First World’ ones, with an obsessive disdain for Zionism. Even some Zionists, like Ari Shavit, speak about ‘Zionism’ as a force compelled to displace and demean Palestinians.

On the Right, Israel’s defenders often become so defensive, they quash the open, critical discourse all democracies — and ideological movements — need to mature. Denying any wrongdoing, even any dilemmas, has alienated Zionist critics of Israeli policy, polarizing the community unnecessarily. Many on the right try monopolizing the word zZionistz; many on the Left oblige, abandoning Zionism. In 2014, Israel’s center-left coalition called itself the Zionist Union to restore Zionist pluralism. However, beyond Israel, especially on Western university campuses, even some Israel advocates avoid the ‘Z-word’ because ‘it doesn’t poll well’.

Retreating from ‘Zionism,’ which has inspired and empowered millions over generations, just because enemies target it, violates Zionism’s main mission of nurturing Jewish dignity. Such submissiveness disregards the feminist example of ‘taking back the night’. In weighing ‘the strange career’ of the ‘troublesome’ N-word, the Harvard Law professor Randall Kennedy, an African American, observes that ‘targets of abuse can themselves play significant roles in shaping the terrain of conflict and thus lessen their vulnerability through creative, intelligent, and supple reactions’.

If in Hertzberg’s day, Zionist triumphalism overlooked Israeli imperfections, a creative, intelligent, supple Zionist conversation today should acknowledge problems — and tap Zionist ideas to fix them. To a West increasingly skeptical about liberal nationalism, Zionism might model its constructive form of democratic nationalism — that nations should stand for something, bound by a sense of the past that enriches the present and builds a better future. To a West that increasingly regards particularism as merely selfish, Zionism might model its understanding of particularist national identities as value anchors and launching pads for communal good works to benefit others.

A mere six decades but eons ago in terms of Jewish potency, dignity, and stability, the philosopher Sir Isaiah Berlin looked at his scattered, tattered, shattered people and praised the miracle of Israel at its most basic. ‘The creation of the State of Israel has rendered the greatest service that any human institution can perform for individuals,’ he avowed. Israel ‘has restored to Jews not merely their personal dignity and status as human beings, but what is vastly more important, their right to choose as individuals how they shall live’. Today, even as Israel still faces lethal threats, Jews are stronger, prouder, safer — indeed freer.

If Zionism originally provided communal protection, most Zionists today would acknowledge that the Zionist future depends on helping to elevate the Israel that has been established. Traditionally, most Jews struggled to survive; today, most Jews seek meaning. Israel, a laboratory of authentic Jewish living, may offer the Jewish communal answer to individual ennui. In Israel, many Jews feel whole; they have integrated their ‘Jewish’ and ‘modern,’ ‘secular’ and ‘spiritual’ selves; they live by a Jewish calendar; they are rooted in the Jewish home.

In this book, many Zionists share a dream for Israel to become a vast tikkun olam project: a noble experiment in democratic nationalism synthesising the best of Jewish and Western teachings, a Jewish force for universal good. In pushing Israel to be a ‘Values Nation,’ Zionism activates what Israel’s President Shimon Peres called the Jewish dissatisfaction gene — that predisposition to see what isn’t right, then fix it.

Achieving this goal requires engaging Jews from Right to Left, in Israel and the Diaspora, in debate about why Jews need a Jewish state today — and what that state’s character ought to be. In marrying the traditional Zionist sources with recent texts bearing new ideas, The Zionist Ideas can help reinvigorate this conversation. I submit The Zionist Ideas as a tool to reclaim the discussion from polarising political wars into a robust, substantive debate about the meanings of Zionism, the missions of Judaism, and the value of liberal nationalism. Diverse texts spanning the political and religious spectrums invite ever more people of different backgrounds and beliefs to consider what Israel is, how it should grow, and how it addresses the contemporary debate about national identities — especially when that debate roiling the Western world about how we organise and see ourselves has turned so venomous.

To help ignite this new Zionist conversation, readers can visit www.zionistideas.com. There they will find the discussion guides to this volume and can sign up, as many already have, to host Zionist salons — thoughtful, text-based discussions examining Zionist dreams, values, and visions of about the Zionism of yesterday, today, and tomorrow.

With such open-ended discussions in mind, there is no one, right way to read this book. While its logical, chronological flow lends itself to reading it ‘English style,’ from start to finish, others may find it more compelling to read it ‘Hebrew style,’ from right to left, meaning from today to yesterday. Still others may prefer a free-style reading, sampling thinkers, akin to how I read Hertzberg as a youth.

These quintessentially Zionist teachings can help guide all readers — scholars, teachers, students, religious leaders, members, activists, spectators, critics. As the 1944 Nobel laureate in physics, Isidor I. Rabi, recalled, he became a scientist because his mother never asked what he learned in school. Instead, she always queried: ‘Izzy, did you ask a good question today?’ Modern Zionists would best turn some exclamation points into question marks — while preserving some exclamation points. Second, in 1914 Henrietta Szold’s protégé Jessica Sampter launched Hadassah’s School of Zionism, because ‘knowledge is the only safe foundation for ideals’. Considering Zionist education ‘our most important work,’ Szold agreed, cautioning, ‘A nation cannot be made by instinctive, vague, misty feeling, however fine the instinct may be … we must bring emotion out of its obscurity into the clarification of thought.’ Finally, the American Supreme Court justice Louis Brandeis observed: ‘The great quality of the Jews is that they have been able to dream through all the long and dreary centuries…’ At last, Zionism gives the Jews ‘the power to realise their dreams.’

The Zionist idea succeeded: it exists, it works. Today’s mission involves questioning, studying, dreaming, and fulfilling different Zionist ideas. The challenge is to look back accurately — with a dash of romance — and to look forward creatively — with a touch of rigour — weighing what Zionism can mean and become, today and tomorrow. 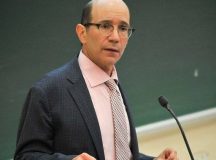 By Chaim Gans
Chaim Gans is a political philosopher and Professor of Law at Tel Aviv University. He... Read more > September 2018

By Einat Wilf with Shany Mor
Zionism and the State of Israel are unique examples of a movement of national liberation,... Read more > September 2018