Fathom > Summer 2015 > ‘The time to compromise is when you are strong’: an interview with Omer Bar-Lev MK

‘The time to compromise is when you are strong’: an interview with Omer Bar-Lev MK 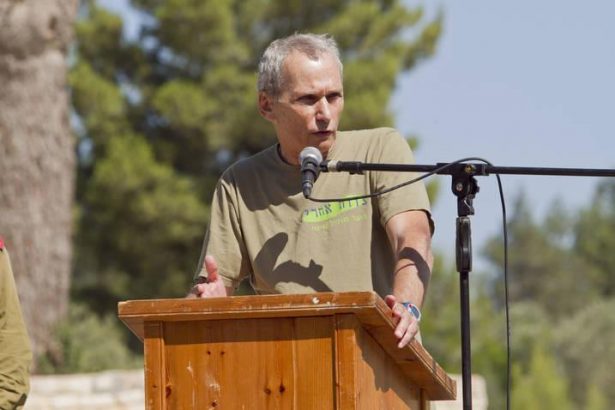 Omer Bar-Lev is an MK for the Zionist Union. He was a commander in one of the IDF’s elite units – Sayeret Matkal – before becoming a high tech entrepreneur and an MK in 2013. He spoke with Fathom editor Alan Johnson about his plan from separating from and making peace with the Palestinians.

Alan Johnson: Let me begin with the 1973 Yom Kippur War. How did it form you as a person? What lessons did you draw from it?

Omer Bar-Lev: Between the Six-Day War (1967) and the Yom Kippur War (1973) – during the years I was a teenager – Israel was in a state of euphoria. After the success of the Six-Day War, Israelis believed that things could remain the same forever: we are strong and the Arab countries around us are weak. Peace talks and compromise with Egypt, Jordan and the Palestinians were not even part of the vocabulary at that time. When the Yom Kippur War happened six years later, I had been in the IDF for two years. Most of my generation were the soldiers that were attacked without warning by Egypt and Syria. We had to try and stop them, until the IDF reserves could join us. The result was that some of my very close friends were killed and injured. I think the main lesson from that time is that the time to compromise is when you are strong. You should not believe that the current situation will continue forever. Instead, you should use your strength to try and make a change.

This is exactly the situation in which we have been for the last 10 years. Israel is very strong, maybe stronger than it has ever been, from an economic and military point of view. This is the time to use our strength and move forward. We shouldn’t believe that if we just stick to the status quo it will last forever – nothing lasts forever. This is the main lesson I learnt from the Yom Kippur War.

AJ: You put that lesson into practice when you spent a large sum of money printing 3,000 copies of your 2013 ‘peace plan’ to separate the State of Israel from the Palestinians. You believe that ‘in order to keep Zionism and to keep the Jewish State, we don’t need a partner’ and that ‘We can lead today and not be led.’ How should Israel lead?

OB-L: The basis of the vision of Zionism is that Israel should be the homeland for the Jewish people. In order for that to be achieved, there has to be a clear Jewish majority in Israel. As long as Israel wants to be part of the enlightened Western world – part of the democratic world – it must give equal rights to all human beings living in the borders of the country. So, in order to keep the Zionist vision alive, Israel has to separate from the Palestinians. But right now, we are controlling, one way or another, 2.8 million Palestinians in the West Bank who don’t have equal rights and who don’t vote for the Knesset. If Israel wants to be a democratic state, which it does, then it has to either grant them full citizenship rights, which will subsequently destroy Zionism (one state for two nations) or separate from the Palestinians (two states for two nations). In that case, Israel can keep the Zionist spirit. Then, it is for the Palestinians to decide to create their Palestinian State, which is in their interests and they will make their own decisions.

What I was saying in my proposal was that ‘it’s in our hands.’ To achieve separation, the best way to do it is through an agreement with the Palestinians, for sure. The two sides would agree to make their compromises, sign an agreement, and peace and love will reign forever. However, the probability of both sides, simultaneously, producing leaders who can make that strategic decision, and that strategic compromise, is very low.

Israel cannot put its future in the hands of the other side. If we had a partner, then great, we should make an agreement and move forward and sign a two-state solution. However, even if the other side is not prepared to do so, Israel has a lot of steps it can take to begin the separation from the Palestinians. Therefore, I called my initiative – ‘it’s in our hands.’

AJ: Tell me some of the practical steps Israel could take, in the early stages.

OB-L: The first step would be to stop building settlements outside the blocs. It is not in Israel’s interest . I’m not sure when the new future will come, either in one year or 10 years, but when it will come, these settlements will not be part of Israel.

The second step is to pass a bill in the Knesset to compensate any Israeli settler living outside of the blocs, once he or she decides to resettle in Israel. In order to do so, we have to build the infrastructure within Israel; we have to relocate tens of thousands of settlers and this will take time.

A third step is to enlarge the areas of the West Bank where the Palestinians hold full responsibility and formal independence.

AJ: What was the reaction to your plan from the international community and the Palestinian national movement?

OB-L: Most reactions were very positive. There was some negative reaction on the far-right claiming that ‘it’s not in our hands’ or ‘we don’t have a partner.’ And there were also reactions on the Israeli left which opposed all unilateral steps because they saw no alternative to a peace agreement.

Look, I am not against negotiating or achieving an agreement, but I am trying to be realistic. We must take steps to begin to separate ourselves from the Palestinians. I believe that those steps will create better opportunities than we see today.

OB-L: First of all, one strange phenomenon is that internal polls in Israel show 60 per cent of the Jewish population in Israel would like to see a two-state solution; this means 80 per cent of Israel’s population favour it. The problem is that over 50 per cent of the population do not see a way of achieving it. The conversation in Israel is stuck between two statements: the centre left say ‘two states for two nations’ and the Right say ‘we have tried everything, we have no partner.’ It is important, today, to deepen the discussion. There are a lot of intermediate steps which can be taken. We should not place the future of Zionism on the hope that there will be a Palestinian leader who will agree to make peace agreement with us.

Regarding the last elections, the size of the camps, the Right and the centre-left, did not change. There were changes within the camps. Jewish Home voters moved to the Likud, which brought Likud up to 30 seats. Looking at the centre-left, if the equivalent shift from Yesh Atid (Yair Lapid’s party) to our party, Zionist Union, had taken place, then that would have made all the difference. The election result was not caused by a dramatic change within the Israeli public from centre-left to right. That is just not true.

AJ: Let’s turn our focus towards Gaza. I spoke to the Institute for National Security Studies (INSS) conference and the American Jewish Committee (AJC) recently. I said that the awful expression ‘mowing the lawn’, the periodic restoration of deterrence by military force in Gaza, leaves behind only scorched earth when it comes to European elite opinion. You believe there was a missed opportunity to take a diplomatic, political initiative towards Gaza in the summer of 2014. What should have happened? What’s possible now?

OB-L: Yes, it was a missed opportunity, but this opportunity still exists. After the war, both regional and international interests converged: to weaken Hamas, to ensure that the PA gained a foothold in Gaza, that Gaza be demilitarised, and that Gaza be reconstructed through rebuilding, development projects, an airport and a harbour.

The regional interest that I am talking about is of course Egyptian. President al-Sisi wants to weaken Hamas. But the same is true of Saudi Arabia, the UAE, Jordan, the PA and other Sunni moderate countries.

There are converging interests and this was not so two years ago. I don’t know for how long these interests will converge. Israel should use back-channels with Egypt and Saudi Arabia to reach a certain understanding. With this understanding, Israel should then approach the European Union (EU), the United States (US) and the United Nations Security Council (UNSC). The UNSC could then pass a resolution stating that the formula in Gaza should be demilitarising Hamas, denying it attack capabilities against Israel, and, on the other hand, the development and reconstruction of Gaza. This is exactly what the EU declared twice last summer, so why not make it a Security Council resolution?

AJ: You are now a Zionist Union MK – how does the Left win next time? What do you think needs to happen for a victory to be secured in the next election?

OB-L: First of all, we should not be viewed as a ‘left block’. You are using terminology from inside of Britain – Left and Right. I believe that the Zionist Union represents the centre as well as the Left. In order to win the next elections, we should strengthen our image on the centre and not the Left. I don’t know why, but security in Israel is not seen as an issue of the Left or of the Right. I think that the main thing that most Israelis think about when they go to vote is security. We should be clearer about our position regarding the security of Israel while combining that with an opening to new options and alternatives to begin a process which will end all conflict with the Palestinians. I think this is what we should focus on to achieve the majority of Israeli voters next time.

By Isaac Herzog
The newly elected Labour leader Isaac Herzog sat down with Fathom to discuss what the... Read more > Summer 2015 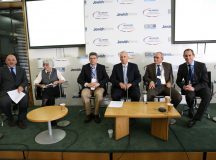 By BICOM
A panel discussion on the two-state solution at the UK/Israel Shared Strategic Challenges Conference. Participants were: Brig. Gen.... Read more > Summer 2015 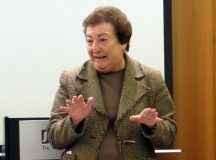 Making Sense of the Israeli Elections

By Naomi Chazan
On 20 March 2015, three days after the Israeli election, former Deputy Speaker of the... Read more > Summer 2015