Fathom > Spring 2014 > The new assault on Israeli academia (and us) 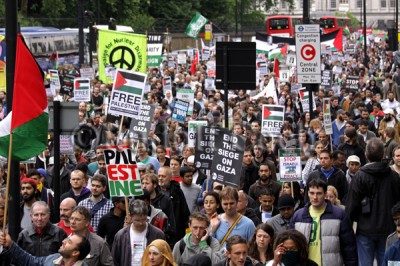 Cary Nelson, former president of the American Association of University Professors and co-editor of The Case Against Academic Boycotts of Israel, argues that the recently updated guidelines issued by the Palestinian Campaign for the Academic & Cultural Boycott of Israel (PACBI) are an alarming ‘assault on academic freedom’. They represent an effort to deprive universities, their faculties and students of ‘freedom of choice, agency, and association’, in an effort to promote hostility and the deligitimisation of Israel and Israeli academic institutions, as opposed to peace.

While an individual’s academic freedom should be fully and consistently respected in the context of academic boycotts, an individual academic, Israeli or otherwise, cannot be exempt from being subject to “common sense” boycotts,’ (PACBI Guidelines for the International Boycott of Israel, revised July 2014).

As the fall semester begins, we are sure to see a renewal of anti-Israel activism on many college campuses, especially behind the Boycott, Divestment and Sanctions (BDS) movement. The collapse of the Kerry peace initiative and the summer war in Gaza have raised the temperature in an already fiery debate. The group leading these efforts, the Palestinian Campaign for the Academic & Cultural Boycott of Israel (PACBI) this summer issued updated guidelines. The new guidelines are alarming. The old rules were already the source of the most far reaching, comprehensive, and invasive academic boycott recommendations; the new ones extend themselves into virtually every element of higher education worldwide. They represent not only a relentless assault on academic freedom but also an effort to deprive universities, their faculties, and their students of much of the freedom of choice, agency, and association that have defined higher education’s principles and ideals for a century.

BDS has, appropriately, come under fire for many reasons, among them that it amounts to a blacklist of Israeli scholars. Examples of this blacklisting are already legion, beginning with early boycott efforts in Britain, in which an Oxford professor refused an Israeli student permission to work in his lab because the student had served in the IDF and Israeli scholars were thrown off the editorial boards of journals.

To evade this criticism, PACBI has offered pious reassurances that the guidelines preserve and honour academic freedom, but it prescribes one specific practice after another practice which leaves academic freedom in tatters. The guidelines forbid institutions from building joint programmes and working with one another in multiple ways, and they detail elaborate protocols for blacklisting individual faculty members, staff, and students in countries throughout the world. These are police state style regulations aimed at ending higher education as we know it.

Here are ten highlights from the July 2014 guidelines, along with reasons to reject them:

1. Any effort to focus attention on Israel’s scientific and cultural achievements is castigated as a ‘rebranding’ project, an effort to ‘whitewash’ the country’s suppression of Palestinian rights. Individuals and institutions guilty of ‘rebranding’ – an activity demonstrable by referencing or promoting a science, social science, or humanities project without also condemning Israeli policy in other areas – therefore deserve to be boycotted and blacklisted. Boycotting the activities of so-called complicit individuals means blacklisting them. This will have particularly serious consequences for students and junior faculty

2. Like universities in all other countries, Israeli universities are involved in government sponsored research and therefore receive government funds to support students. Despite this funding, we do not expect these universities to speak for their governments; students and faculty are free to criticise any particular government policies. Were this not the case, it would undermine faculty and student academic freedom to speak free of institutional political coercion. However, BDS regards institutional ‘silence’ about government policy to constitute complicity and is therefore a justification for boycotts. It is particularly troubling that PACBI treats Israeli universities as guilty ‘unless proven otherwise.’ In what other context do we treat people or institutions that way?

3. PACBI would have us boycott not only Israeli-organised conferences and exhibitions, but also any such event merely co-sponsored by a ‘complicit’ Israeli university or any public or private organisation anywhere in the world that endorses Israeli society or interests. This far-reaching organisational and institutional boycott would have a chilling effect on academic freedom everywhere. Also boycott-able are ‘all projects and activities funded, partially or fully, by Israel or any of its lobby groups.’

4. PACBI demands that ‘projects with all Israeli academic institutions should come to an end.’ This demand eviscerates the essential freedom which faculty and students have long had: to make their own decisions about what collaborative projects to undertake. It also does direct harm to those Palestinians engaged in collaborative projects with Israeli faculty and institutions.

5. PACBI now condemns ‘events, projects, or publications that are designed to bring together Palestinians/Arabs and Israelis so they can present their respective views, or to work toward reconciliation’ if they ‘are based on the false premise of symmetry/parity between the oppressors and the oppressed.’ But such efforts typically seek balanced Palestinian and Israeli participation and often build on mutual sympathy and shared human interests. Imposing a confrontational agenda on them undercuts some of the most promising efforts at mutual respect and dialogue in the Middle East. PACBI insists that such projects be based on ‘“co-resistance” rather than co-existence.’ The idea is not simply to resist Israeli policies but rather to oppose the existence of the Jewish state.

6. PACBI urges that all faculty and students refrain from publishing in journals based at Israeli universities or published in collaboration with Israeli universities. PACBI also insists we refuse to reprint articles first published in such places, thus initiating an extraordinary blacklisting of publications and their authors. This is a fundamental assault on academic freedom and the free exchange of ideas that is its core principle.

7. PACBI insists that people refuse to serve as ‘external reviewers for dissertations, writing recommendations or other forms of refereeing such as advising on hiring, promotion, tenure, and grant-making decisions at Israeli universities’ unless the university declines to use their names in any way. The prohibition of these standard academic functions not only contravenes academic freedom, it also directly harms both Israeli and Palestinian faculty who would benefit from referee support. This principle could also lead to the blacklisting of faculty referees.

8. PACBI argues that an ‘international faculty should not accept to write recommendations for students hoping to pursue studies in Israel,’ once again abrogating standard faculty rights and directly harming the students involved. Student programmes housed at Israeli universities are characterised as ‘schemes’ meriting boycott and efforts to close them down. Jewish students of course are the primary target of efforts to close down study abroad programmes in Israel. They are also key recipients of what would now be targeted scholarships or fellowships from pro-Israel organisations.

9. PACBI guidelines prohibit visits to Israeli universities if they include any links with the institution visited. Violators once again could be subjected to blacklisting and boycotting. In a blatantly discriminatory gesture, the guidelines advise that, ‘If conducting research at Israeli facilities such as archives does not entail official affiliation with those facilities (e.g. in the form of a visiting position), then the activity is not subject to boycott.’

10. PACBI contends its guidelines establish a ‘picket line’ prohibiting all the activities it lists, including visits to Palestinian universities by faculty who have earlier visited Israeli universities and therefore ‘contribute to the false perception of symmetry.’ Once again the academic freedom of individuals is curtailed, potentially leading to the blacklisting of violators, and undermining the potential for interchanges promoting peaceful resolution of the conflict.

PACBI and its BDS allies have long argued that academic boycotts are directed at institutions, not individuals. The expanded July 2014 guidelines demolish that fiction. Israeli faculty, they generously advise, should not be automatically boycotted; they should simply be treated like all other potential ‘offenders.’ Meanwhile, the PACBI endorsement of ‘common sense boycotts’ strengthens what is already guaranteed by a complex and contradictory document: that academic boycotts will be inconsistently implemented and that inventive and often malicious individual boycott initiatives will multiply. Whatever their attitudes toward Israeli state policies may be, all members of the academy should condemn these guidelines and resist their adoption and implementation by every nonviolent means possible.

The BDS agenda promotes hostility, not peace. It aims to limit contact with both Israeli and Palestinian faculty and students and eliminates many traditional applications of academic freedom for faculty and students worldwide. As the year progresses, concerned faculty and students need to counter the PACBI/BDS campaign with a thorough analysis of its aims. They also need to embody reasoned argument and debate. That is the best way to respond to a movement that often works through intimidation and hyperbole.

Note: PACBI published two versions of its guidelines this year – the full version I discuss and a condensed version designed, presumably, for recruitment and wide distribution. People will likely consult the longer version for detailed guidance. 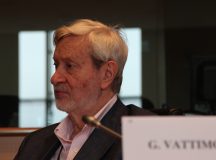