Fathom > Winter 2015 > The Future of the Israeli Right: An interview with Yoaz Hendel

The Future of the Israeli Right: An interview with Yoaz Hendel

by Yoaz Hendel
BACK 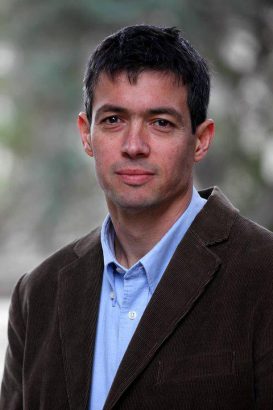 Israel’s upcoming election is being billed as a choice over the future ideological direction of the country. To discuss the vision being offered by the Israeli right, Fathom assistant editor Lorin Bell-Cross spoke with Dr. Yoaz Hendel, the Chair of the Institute for Zionist Strategies and a former spokesperson for Prime Minister Benjamin Netanyahu. They spoke in London on 21 January 2015.

Lorin Bell-Cross: You have written that, ‘In recent years, two erroneous axioms have been internalised: The first is the exclusive correlation between Zionism and the political right. The second is the exclusive correlation between human rights and the political left … human rights are a democratic and moral imperative that overrides all agendas in the political spectrum from the right through the left − just as the values and goals of Zionism belong to and instruct all of us − left and right alike.’ What made you raise the issue of human rights on the right? And how successful has this been?

Yoaz Hendel: We are facing two main challenges. One of them is our policy regarding Judea and Samaria, the second one is the issue of human rights.

Human rights have become an important tool in creating policy vis-a-vis Israel, especially in Western countries. Because Palestinians understand they will not achieve their aims through terrorism – which will only result in fighting and destruction – they have chosen a different way: to fight with Israel in the diplomatic field and they fight with Israel on the narrative.

For many years I criticised these groups, but I understood that criticism is not good enough – you actually find yourself out of the game. You can criticise them and sit on the fence while they do what they do – deliver information and hold the flag for liberalism and humanitarianism – while you are sitting outside. I felt uncomfortable with this situation because I feel no less liberal or humanitarian than others and I thought that we need to be part of the game.

Zionism has always been national liberal movement and the first person who fought for the rights of Arab Israeli civilians was Likud leader (and future Prime Minister) Menachem Begin in the 1950s; he fought against the military government on the Arab population.

Therefore, I don’t think that human or civil rights belong to one side of the map; at the same time I don’t think there should be a monopoly over Zionism for the right in Israel. For that reason, I thought that we need to be part of it and make sure we have right-wing human rights organisations, to make sure the Palestinians are getting proper treatment, that when they are crossing checkpoints they are treated in a decent way and if there are problems with the IDF we need to take care of it – not to publish reports in the international community in order to criticise Israel, but to make sure that we are good enough.

If you believe you have rights to the land you also have moral duties. I believe in what Herzl called ‘symbolic society’ and this is part of it: to make sure that the minorities and people who from time to time may fight against you live in the best conditions we can offer them – ensuring we keep our identity as a democratic and liberal country.

LBC: Many parliaments have moved towards symbolic recognitions of a State of Palestine. Some of Israel’s allies have warned Israel against the threat of diplomatic isolation and international pariahdom. Indeed, Dan Meridor, former Likud Deputy Prime Minister, says, ‘our actions talk, not our words, because we allow settlement everywhere. Most Likud members, as well as Bennett and others say that there won’t be a Palestinian state, so the world asks, “well, what do you want then?” We damage ourselves.’ What measures can a future right-wing, or centre-right, Israeli government take in order to avoid further diplomatic isolation and the suggestion that they are simply not interested in peace?

YH: I think that Israel should take its own decisions and actions and not be determined by the condemnations coming from the international community, especially in Europe. Unfortunately I cannot see any scenario where we will sit down and sign a peace agreement and the day after we’ll have a different reality. There are limitations – we are in a game of limitations: the Palestinians have no ability to control their own people, no ability to compromise. And there are Israeli limitations. Put both sides together it is almost impossible to bridge those gaps.

This brings me to thinking about temporary steps which I think that the right-wing in Israel can take. Instead of talking about solving this conflict and of thinking about the future, they should think about how to advance the reality today – not wait another 20 years to see what will happen with the Palestinians because there is no status quo. I believe in Israeli initiatives and Israeli decisions even though they will probably not fit the vision of the UN, other European actors and friends of Israel.

Part 3: The state of the Israeli right

LBC: You have previously written that ‘when the Likud loses the ability to present itself as a pragmatic and liberal right-wing party, it loses its ability to govern.’ Whilst the Likud’s current list of Knesset candidates does not have Moshe Feiglin (and can possibly be considered less extreme than its previous list), it also doesn’t have Reuven Rivlin, Michael Eitan, Benny Begin or any strongly identifiable ‘Liberal’ figures. [Editors note: shortly after the interview Benny Begin was placed on the 11th spot on the Likud’s list of Knesset Candidates.] Dan Meridor has said, ‘When I hear from the party that Arabs have human rights but not civil rights … when I hear that certain people are a cancer, when I hear statements that I don’t even want to repeat, could I really be their detergent and represent them?’ Do you think that the Likud – while pushing ahead with controversial legislation like the Nationality (or Jewish state) Bill – which its critics argue would have been opposed by Jabotinsky and Begin – has lost this ‘ability to present itself as a pragmatic and liberal right-wing party’ that you described?

A lot of the Knesset members you mentioned moved on because they felt uncomfortable with the Likud. I’m very happy that Rubi Rivlin moved, because he became the President of Israel! I think that the Likud still has to do many things in order to become more attractive to the young generation of voters and to voters from the centre of the political map (the majority of Israelis) – otherwise they will not have the ability to govern. I think this list is the first step towards it and I hope that they will understand this is the right direction instead of encouraging radical voices inside the Likud.

LBC: Jewish Home’s primaries were seen to be a success in attracting new members to the party and giving an image of a more youthful and energetic party. Indeed, under Naftali Bennett, the party’s electoral prospects have been transformed, and they are currently predicted to gain about 15-17 seats. What are the implications of the growth of Jewish Home on the Israeli right? And are they likely to challenge the Likud for the leadership of the Israeli right in the near future?

YH: It brings us back to the last question and I think that if there is one place for a party to the right of the Likud this is Jewish Home. They are very attractive because of Bennett – there is only one reason they have become so attractive. The leader of Jewish Home is someone new, a high-tech millionaire and ex-officer in our special forces. He is very attractive for many people, first of all for modern-Orthodox [national-religious] and second for people who see themselves as secular right-wingers.

If the Likud competes with Jewish Home for voices of the right then they will lose. There is only one party for the extreme right-wing and it is Naftali Bennett’s party. If the Likud understands that it needs to speak from the right to the centre it will form the government again.

Part 4: Election prospects for the Likud

LBC: In the 2013 Israeli election it was widely accepted that the Likud and Netanyahu would form the subsequent government. At present, the situation seems much tighter and it seems impossible to declare a likely victor. What reasons do you attribute to Netanyahu and Likud’s seeming decline and the rise of the ‘Zionist Union’ as viable challengers?

YH: First off all it’s a big surprise that Zionist Union, originally the Labour Party, has become so popular. Two months ago everyone thought they had finished their historical role in the Israeli politics; they have ‘woken up from the dead’ and are walking. They are even achieving enough mandates to become a threat to the Likud Party’s rule in the future.

I think that the main problem is the ability to govern. Regardless of who is going to gain more mandates, the Israeli political system is based on the creation of coalitions between different parties. Both sides can do this, but both might create unstable coalitions: so every crisis, every difficult question, every issue which creates disputes amongst the parties could bring the government to the point of collapse. This is not a healthy process for the Israeli government and for the Israeli democracy but this is what we have today.

By Gerald M. Steinberg
Will the new partnership between the Board of Deputies of British Jews and Oxfam challenge... Read more > Winter 2015

By Yisrael Medad
In the elections for Israel’s 19th Knesset the success of Benjamin Netanyahu almost proved to... Read more > Winter 2015