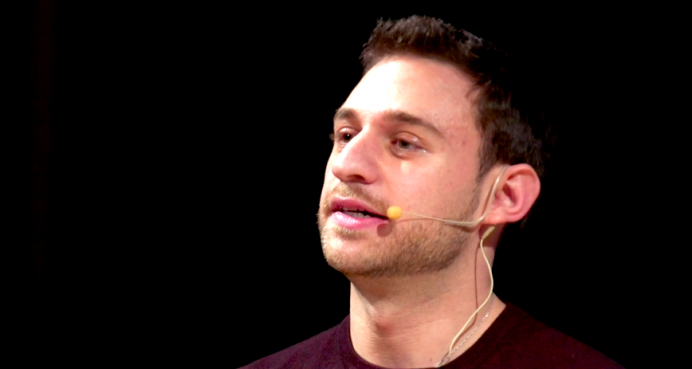 Fathom invited responses to the Israeli government’s decision to designate six Palestinian NGOs as prohibited terrorist fronts from both supporters and opponents of the move. A fortnight ago we carried an argument from Gerald M. Steinberg in support of the designations. This week David Davidi-Brown, Chief Executive of the New Israel Fund-UK, makes the case that the designation has very little to do with any evidence of ‘terrorism’ and far more to do with the Israeli government’s unwillingness to allow political activity that opposes its policies.

On October 22, Israeli Defence Minister Benny Gantz declared six respected Palestinian human rights and civil society groups ‘terrorist organisations’ under Israel’s 2016 counter-terrorism law. No evidence was offered to the public. It seems that this designation is not, most fundamentally, about terrorist activity. It is instead about political activity that the Israeli government doesn’t like – and how after failing to convince allies, it finally took a unilateral decision to shut that activity down. In labelling human rights and civil society organisations – groups that protect and provide for vulnerable and marginalised people – ‘terrorists,’ the Israeli government is seeking to suppress several pillars of Palestinian civil society.

Let’s be clear on the facts: the Israeli authorities are not claiming that any of these groups is a ‘front’ for a terrorist organisation, nor is it accusing them of being set up to funnel money to terrorists. No one is disputing their human rights values or the purpose of their work. Al-Haq, for example, calls out the Palestinian Authority when it silences dissent. Addameer advocates on behalf of prisoners who have nowhere to turn. Defense of Children International is demanding basic rights for children held in Israeli jails without being allowed to see their parents or a lawyer.

What Israeli government officials are claiming is much murkier – that these organisations have ‘links’ to terrorists, specifically, that they employ people with connections to the Popular Front for the Liberation of Palestine (PFLP), whose military arm is a designated terrorist organisation. Whilst the New Israel Fund UK does not work directly with these Palestinian groups, and the evidence against them remains sealed and secret, this accusation deserves scrutiny.

Even for this claim, the Israeli government has provided no compelling evidence. According to pre-eminent Israeli human rights lawyer Michael Sfard, the allegations against them are based on faulty guilt-by-association logic and attempted smear campaigns. Since the mid-2000s, these organisations have been in the crosshairs of right-wing NGOs such as NGO Monitor, and, subsequently by Israeli governments. Political activity, however objectionable it may be to Israeli officials is not criminal activity in Israel. The political positions of these Palestinian NGOs are not shared by myself or the New Israel Fund, yet we are proud of the many Israeli social justice organisations who have demonstrated solidarity with Palestinian counterparts as dissent and human rights come under attack.

Successive Israeli governments under Netanyahu – and most recently the current Israeli government under Naftali Bennett – worked (and failed) to convince European governments to stop funding these organisations by making the same claims that they had ties with the PFLP. Indeed, in early 2019, the Ministry of Strategic Affairs (now a part of the Foreign Ministry) wrote a report entitled ‘Terrorists in Suits,’ which was put in front of these European officials. The ‘evidence’ presented was weak and failed to convince European governments, who failing to find any credible or substantiated evidence, dismissed Israeli demands to cut off funding.

According to Israeli civil society experts, in May of 2021 Israeli officials again approached European governments advocating that they end their funding for these organisations, claiming that they had ‘new evidence.’ Two former employees of a different organisation – not one of the six currently targeted – were fired, and subsequently arrested by the Shin Bet. These men confessed in custody (under unknown conditions) that they had funneled money to the PFLP. These workers also listed the six organisations under discussion today as organisations as ‘known as PFLP organisations’ and ‘part of the PFLP NGO network.’ They presented no evidence, and neither of them ever worked for any of the six organisations. This is the ‘new evidence’ that European governments were presented with in May. Most of them rejected it outright.

What emerges is that it has long been an aim of the Israeli government to end the activities of these six organisations. If there was credible evidence, European governments would have pulled their funding. Defence Minister Benny Gantz, going further than even Netanyahu in this case, is trying to censure and end political and legal activity he does not like.

Under its broad 2016 counter-terrorism law, the Israeli government can now expropriate the property of these organisations, and have the Israeli banking system, which controls the Palestinian banking system, block any transactions to their account, confiscate any and all money transfers they receive as ‘terrorist funds.’ Moreover, anyone who holds a position in the organisation — employees, volunteers, board members — or anyone who has ‘links’ or offers services to the organisation must immediately sever all ties or face possible criminal charges which may carry long prisons sentences. Anyone – including Israelis – who expresses ‘support’ or ‘sympathy’ with these organisations will also be subject to potential prison terms.

Unable to convince European governments, Israel took unilateral action to financially suffocate six civil society and human rights groups whose political and legal work it opposes. To make organisations illegal because they act towards different political aims undermines the vision and values of Israel’s founding. Strong and confident democracies embrace scrutiny from NGOs committed to human rights and the rule of law. This designation is bad for Palestinians and bad for Israelis. A small step towards authoritarianism is also a step away from democracy. 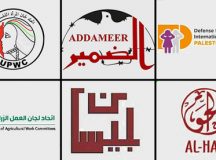 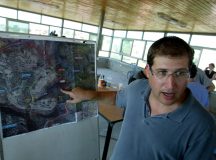 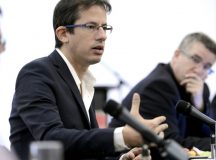 A question of moral responsibility: an interview with...

By Hagai El-Ad
Hagai El-Ad is the Executive Director of B'Tselem – The Israeli Information Center for Human... Read more > November 2021