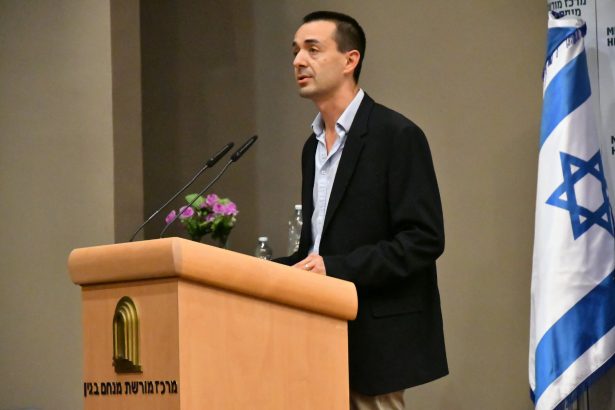 Before immigrating to Israel from the UK in 2007 Paul Gross worked for the British government on religious discrimination legislation and for the Israeli Embassy in London as the Ambassador’s speechwriter. He is currently a Senior Fellow at the Menachem Begin Heritage Center in Jerusalem, but he is writing in a personal capacity.

On social media, I find myself engaged in two separate debates: defending Zionism from those (primarily outside Israel) who depict it as a racist, colonial ideology; and defending liberalism from those (primarily inside Israel) who are threatening the country’s future as a Jewish and democratic state. I have come to realise that the fight for Zionism abroad and for liberal democracy at home, are actually two fronts in the same battle.

The defense of Zionism should be about informing the world that, though people calling themselves Zionists have taken many different political paths and have acted in different ways – many morally objectionable – in the name of Zionism, essential Zionism is a profoundly liberal idea.

Anti-Zionism typically manifests as an attack on Israel as a ‘colonialist’, or ‘racist’ or ‘apartheid’ endeavour. In all respects, the antithesis of a liberal movement. The reality is that from the very beginning, the Zionist movement was liberal and democratic, in a way that was really quite extraordinary for the time.

Delegates at the pre-state Zionist congresses were democratically elected, including of course, from countries that were not themselves democracies, like Tsarist Russia. Women had full equality as voters and representatives at a time before women had the vote in the vast majority of the democratic states of the time. The first Zionist Congress was in 1897. The US did not adopt the 19th amendment to the constitution, which mandated equal voting rights for women at the state and federal level, until 1920. It was eight years later that Britain got its act together and passed the Representation of the People Act, granting women an equal right to the vote.

We also know that the founding father of political Zionism, Theodore Herzl, envisaged something very much like a liberal democracy when he imagined the Jewish state that he hoped would emerge from his tireless diplomacy. He tells us very explicitly in his 1902 novel, Altneuland, which depicts a Jewish state, with equal rights for all its citizens, Jewish and Arab. What’s more the villain of the story is a racist Jewish candidate who runs for election on a platform of denying non-Jews the vote. Herzl is even prescient enough to make this Kahanist figure a Rabbi. This should be read as a definitive Herzlian rejection of grotesque far-right politicians in Israel today, men like Itamar Ben-Gvir and Benzi Gopstein who present themselves as the defenders of Zionism.

The State of Israel itself was established as the democratic nation-state of the Jewish people, with its Declaration of Independence emphasising the justice of the Jewish claim to a state in its ancient homeland, but pointedly coupling that with the promise of full equality for all citizens.

And what is more, Israel has remained a democracy. Again, historical context demonstrates how significant that fact is. Israel was established as the European empires were tumbling down. There were literally dozens of newly independent states emerging in the years immediately after the end of WWII. Not just in Africa, Asia and the Middle East, but in Europe as borders were redrawn following the defeat of the Nazis.

Of all of these countries, Israel is the only one never to have suspended or abandoned its democratic system. (The only other ‘new democracy’ that might claim the same is India, but its record is tarnished by a two-year ‘State of Emergency’ in the mid 1970s, in which elections were cancelled and civil liberties were dramatically diminished. More recently, the democracy-monitoring organisation Freedom House has demoted India from ‘free’ to ‘partly free’ in its rankings, as its authoritarian Prime Minister Narendra Modi has attacked free speech and minority rights.)

And no, I’m not ignoring the occupation, nor am I ignoring issues of inequality for Arab citizens of Israel. Whatever the settlement movement says, Zionism does not require the settling of the entire Land of Israel. Zionism was always about, first and foremost, the liberation of a people, not the liberation of a Land. It’s true that a significant branch of the Zionist movement did oppose partition of the territory, Jabotinsky’s Revisionists; but Jabotinsky was, at the same time, the most ardently liberal Zionist thinker, uncompromisingly committed to minority rights and equality for Arab citizens. Jabotinsky believed in a Jewish-majority democratic state in the entire Land of Israel, including what is now the Kingdom of Jordan (originally part of British Mandate Palestine). But crucially, he also assumed that this area would be required to house the vast majority of Europe’s pre-war Jewish population. With chilling prescience he foresaw an untold catastrophe on the horizon. He repeatedly urged all of Europe’s Jews to flee to Palestine. He imagined a maximalist Jewish state, peopled by the vast majority of Europe’s Jewish population of some 10 million souls, but he died in 1940. He could not have known that more than half of Europe’s Jews would be exterminated. Would he have supported a situation whereby Jewish Israeli citizens live among stateless Palestinians? I suspect not, still less permanent Israeli control over the West Bank without granting citizenship to its Palestinian population. No, even Revisionist Zionism (at least in its original guise) is not a mandate for Israeli annexation of the disputed territory – unless full citizenship with its attendant rights was granted to all the Palestinians therein.

The biggest challenge for Israel from the get-go was the absorption of its Arab citizens, and here I believe Israel deserves both credit and criticism. In many ways the initial decision of the new Israeli state – to immediately grant the Arabs within its borders citizenship with full voting rights, yet also placing a draconian military curfew on Arab towns (not lifted until 1966) – would prove to be a hint of attitudes and policies to come: The urge to fulfil the promise of liberal democracy, frequently tempered by the suspicion that this population would never be reconciled to their status as a minority in a Jewish nation-state. And for all the moral missteps and errors of judgement, Arab citizens of Israel today are closer than they have ever been to full political representation. For the first time in Israeli history, an Arab political party, with an explicitly Arab-centric agenda, is part of an Israeli governing coalition.

In Israel today, the old left-right fault line based on issues of peace, security and settlements, is almost entirely absent from contemporary political debate. The majority of Israelis, including those of us who believe the settlement project to have been a tragic wrong turn for the country, see no near-term prospect for an end-of-conflict deal with the Palestinians. as Bret Stephens wrote recently, ‘what Israelis wanted in the last election wasn’t a Palestinian state, which is a good idea in theory but (for now) a terrible idea in practice.’

The crazy, four-election cycle that began in April 2019 has been a series of referenda on Netanyahu’s fitness to be prime minister – but also a battleground for a new contest: liberal democracy and the rule of law, versus illiberalism and populism.

Netanyahu’s Likud party, once proudly liberal, has moved in a decidedly illiberal direction. The Likud-led governments of recent years initiated legislation – or attempted legislation –attacking liberal fundamentals such as freedom of expression and minority rights.

Netanyahu himself, facing criminal trial on three counts of corruption, became a full-throated conspiracy-theory populist, leading a campaign of demonisation against the media, the police and the Attorney-General. He abandoned the decades-long boycott of Kahanist parties by mainstream political leaders, engineering the entry into the Knesset of Otzma Yehudit. (To get some idea of just how toxic this was, imagine if President Trump had not merely referred to the Charlottesville white supremacists as ‘very fine people’, but had openly campaigned for them to be elected to Congress.)

Perhaps most dangerous of all, had he succeeded in forming a coalition with his right-wing allies, he would have passed an ‘override law’, allowing a bare majority of MKs to vote to block the Supreme Court’s power of judicial review –effectively removing the only real check and balance on the abuse of executive power in the Israeli system.

Before the last election I wrote a blog entitled ‘Why I’m afraid’. And I really was. I saw Israel following the path of former democracies like Hungary or Poland. I believe my country dodged a bullet this time, a bullet aimed at the heart of the Zionist promise of a liberal Jewish nation-state. As Amir Fuchs of the Israel Democracy Institute said following the establishment of this new, post-Netanyahu government:

Most importantly: we survived. We survived an attempt to change the regime; to crush the judicial system, the checks and balances, and the rule of law. It was close, very close, to succeeding, and it may have been irreversible. It is very, very difficult to replace a populist regime that is gaining more and more power; with more and more appointments of officials defending it; and more and more mouthpieces in the media.

But the battle is not over. Netanyahu is down but not out. Meanwhile this new government, while a dramatic improvement on the Likud-Kahanist-Ultra-Orthodox alternative, contains several figures (Prime Minister Naftali Bennett among them) whose record supporting liberal democracy is patchy. Interior Minister Ayelet Shaked, for example, was a driving force behind the Nation-State Law, clearly intending it to be a substitute vision to the Declaration of Independence, one shorn of the commitment to equal rights. Liberal Zionists must continue fighting for liberalism inside Israel, and for Zionism as a liberal idea outside Israel. 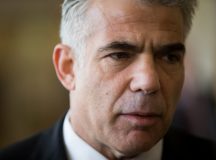 Israel70 | ‘Leadership is telling your own people...

By Yair Lapid
According to the latest polls, Yesh Atid leader Yair Lapid is Israel's most liked politician after... Read more > July 2021

Yair Lapid is now the leader of Israel’s... 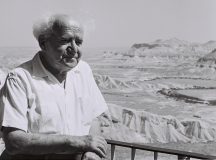 By Paul Gross
Paul Gross argues that the most fundamental difference between the main parties in the upcoming... Read more > July 2021 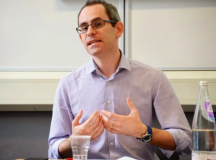