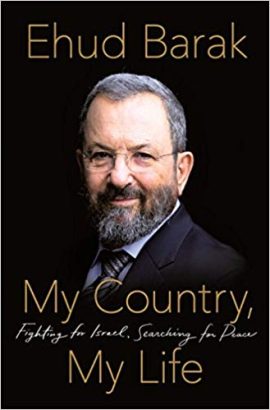 Ehud Barak has the energy, the venom and the gravitas to hurt Netanyahu in a way no other candidate seemingly can. But similarly, the former Prime Minister could once again crash and burn, further splitting the centre-left vote (perhaps causing one to fall below the threshold).

Lightning, the saying goes, never strikes the same place twice. But might it strike three times?

After entering politics and joining the Labor party in the mid-1990s, former IDF Chief of Staff Ehud Barak (whose surname means lightening in Hebrew) beat the incumbent Benjamin Netanyahu to become prime minister in May 1999. But beset by the failure of the Camp David Summit and the onset of the Intifada, Barak left politics after being decisively beaten by Ariel Sharon in 2001.

Barak’s second ‘strike’ began in 2005 and progressed when he won leadership of the Labor party in May 2007 and began serving as Defence Minister. Yet once again, it ended in disarray. Having broken away from Labor to form the Independence Party in January 2011, Barak stayed on as Defence Minister, but stepped down from politics before the 2013 elections. It spared him the ignominy of his party being demolished by an ambivalent public.

In the years since, Barak has been a severe critic of Netanyahu and his politics.  But at 77, he was thought to be more focused on cannabis than on coalitions. Until now.

Barak’s entry has reignited an argument over the key for winning elections. One school of thought believes that the size of the so-called ‘bloc’ is crucial, and that Barak’s entry can help strengthen the centre-left bloc. The other approach says that while this may be technically true, if Barak were to take several seats away from the Blue and White party, it will almost certainly result in Netanyahu getting first crack at forming a coalition. Moreover, if the Israel Democratic Party weren’t to pass the electoral threshold of 3.25% (approximately 140,000 votes), the wasted votes would almost certainly guarantee victory for the right.

What may have prompted a septuagenarian former Israeli prime minister and most decorated soldier to get involved in an ugly election campaign he has no chance of winning? Barak – who is often referred to as being a master strategist but poor tactician – likely hoped that his announcement would allow him to ride the subsequent cusp of positive polling numbers he expected in order to convince other left wing like Meretz and Labor to join forces with him and allow him to lead a merged list. Such a scenario would have catapulted Barak – almost overnight – to becoming am prime Ministerial candidate. But new Labor leader Amir Peretz, (whom Barak infamously fired as defence minister by fax in 2007) is in no hurry to vacate his hard-won seat to someone whose political party is barely a fortnight old. And despite his acerbic comments and creative approach to the bottle cap challenge, Barak is polling poorly. He has been further hit by connections with Jeffrey Epstein, the American financier charged with sexually abusing young girls.

If, as Harold Wilson quipped, ‘a week is a long time in politics’, then three weeks before party lists need to be handed to the Israeli Central Elections Committee is a lifetime, and it’s too soon to predict what mergers and acquisitions may take place on both right and left. But Barak may ultimately influence the elections in contradictory ways, as reflected by two recent political cartoons.

The first, in Haaretz, shows Barak in army fatigues alongside the former Chiefs of Staff (and Yair Lapid) that comprise the leadership of Blue and White. As they forlornly gaze out of their tents, Barak is busy hammering tent pegs. Many believe Blue and White’s campaigns have been largely anaemic, and not aggressive enough in battling Netanyahu. And while Netanyahu has consistently argued to the electorate – seemingly persuasively – that only he has the prestige of a statesman on the world stage, Barak passes the perceived ‘Putin Test’ better than any other candidate. The second cartoon, published in Maariv – and which needs less explanation – shows Barak in the form of the Pied Piper, zigzagging off a cliff.

While one is complimentary and the other critical, both could prove prescient. Barak does have the energy, the venom and the gravitas to hurt Netanyahu in a way no other candidate seemingly can. And while he himself isn’t particularly popular among the electorate – and will certainly fail to convince right wing voters to move across the aisles to cast their ballot for him – his penetrating accusations and sarcastic tone may dent part of Netanyahu’s Teflon-like image, and shift voters slightly ‘leftwards’ towards the more statesman-like Benny Gantz. Barak may even draw Netanyahu’s attacks onto himself leaving Gantz a freer run, which could also help the Blue and White leader. But similarly, Barak could once again crash and burn, further splitting the centre-left vote (perhaps causing one to fall below the threshold). In such a scenario the one who promised to save the nation from Netanyahu would be delivering the election to him on a silver platter.

This essay was originally published in Jewish News.