Fathom > Article > New thinking on the Israeli-Palestinian peace process: towards a hybrid approach

New thinking on the Israeli-Palestinian peace process: towards a hybrid approach 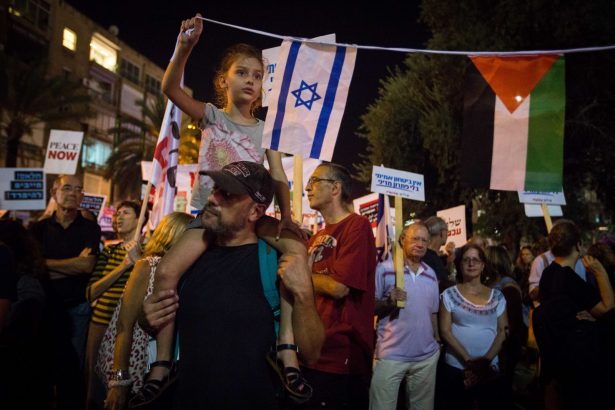 The peace process is currently at an impasse. Bringing the parties together for another intensive effort at reaching a deal will not succeed. New thinking and creative solutions are required.

In late 2016, the Britain-Israel Communications and Research Centre (BICOM) hosted a series of private, track-two dialogues between current and former Israeli and Palestinian officials and academics designed to explore new thinking and provide a detailed critique of different ideas to solve the conflict.

Based on these unique discussions, the BICOM research team produced a policy paper proposing a new “hybrid” approach to Israeli-Palestinian peace-making.

The full paper is available here.