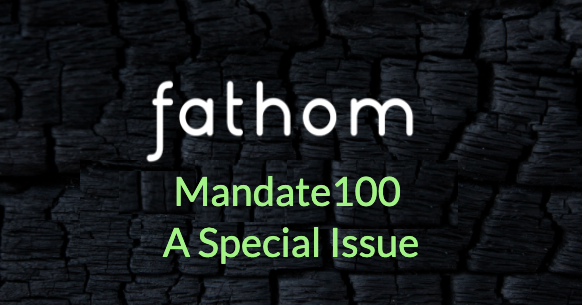 Over the next several months Fathom will publish articles, interviews and book reviews to mark the 100th anniversary of the Mandate for Palestine.

Writers include Tom Segev on David Ben-Gurion; Liam Hoare on the literature of the Mandate; Donna Robinson Divine on Abba Ahimeir and Zionist Ideology; Oren Kessler on the Peel Commission; Israel Medad on the pivotal year of 1920; Ben Reiff on how the bi-nationalists tried and why they failed; Alan Johnson on Ilan Pappe and the concept of ‘Zionist Settler Colonialism’; Michael Weiger on Isaac Danzinger’s sculpture ‘Nimrod’; John Strawson and Ronnie Fraser on aspects of the British left’s response to the Mandate and the creation of Israel; Philip Earl Steele on the relationship between the steep post-WWI decline of Evangelicalism in the UK and the waning British support for the Mandate’s stated purpose; and more.

After capturing Jerusalem on 9 December 1917, Britain was granted the Mandate for Palestine on 25 April 1920 at the San Remo Conference, a decision approved by the League of Nations on 24 July 1922. When Britain withdrew just over a quarter century later, on 14 May 1948, David Ben-Gurion, soon to be the first Prime Minister of the Jewish State, was able to proclaim the Israeli Declaration of Independence, formally the Declaration of the Establishment of the State of Israel.

How should we understand the Mandate period today? Fathom will be taking a fresh look at:

As the series will roll out over Spring and Summer of 2020 there is still an opportunity for writers to submit a proposal. The editors are looking for something innovative: a fresh perspective, a new angle of vision, a spotlight shone on hitherto understudied aspects and individuals and texts of the period, the use of hitherto unexamined archives.

Please contact alanj@bicom.org.uk or neriz@bicom.org.uk to pitch your idea in 10 lines or so. If accepted, we will agree a submission date between April and August 2020 with you.