by Marc Goldberg
BACK 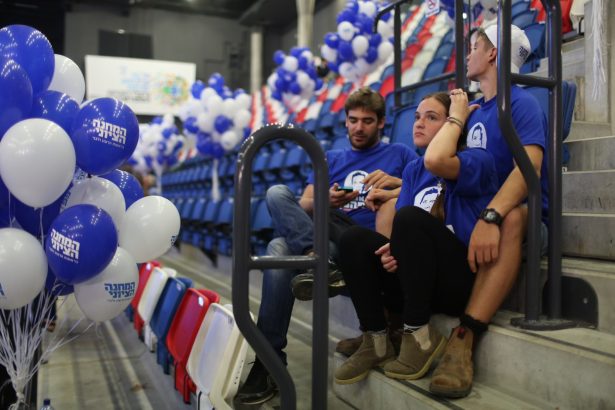 After another election disappointment for the Israel left, British-Israeli blogger Marc Goldberg asks how Israeli Labour can win over the generation scarred by the failure of Oslo and the violence of the Second Intifada.

The Left has governed Israel for just three of the past 20 years. An entire generation of Israelis has arrived at voting age without being able to remember what a left-leaning Israeli government looks like. Israelis who were teens the last time the Left was elected to power in 1999, are now in their late 20s and early 30s and have consistently refused to vote them back in. To understand why, the Left will need to take a good, long look at this generation, now at the forefront of Israeli society.

This generation of Israelis is bitter. It has a right to be. It is just old enough to have felt the hope and promise of the Oslo Accords and to have seen that hope shattered with the murder of Yitzhak Rabin. For this generation, the Al Aqsa Intifada is the formative experience which has made them cynical regarding prospects for peace. It broke out just in time for their mandatory military service. The suicide bombers and random atrocities directed against them, their parents, families and friends remain etched into their consciousness. These were horrors they bore witness to and were called upon to fight against in a slow, bloody Intifada until finally, without any major victories to speak of, it ground to a standstill.

There is no ribbon, decoration or national day commemorating those who fought in the Al Aqsa Intifada. Unlike their parents who fought in the 1967 Six-Day War or the Yom Kippur War this generation will never be treated as veterans of a ‘real’ war; they will not be honoured as victorious heroes. Yet they are repeatedly asked to step into the breach as reservists, risking life and limb in conflicts with terrorist groups in Gaza or Lebanon, only to watch impotently as the UN labels them war criminals, and have to do it all over again a few years later. This is a generation of trauma victims asked to sacrifice time and again for a country that doesn’t know how to thank them.

Recently the former Foreign Minister Avigdor Lieberman, in typically insensitive style, summed up the way these bitter Israelis feel when he said, ‘Anyone who thinks going back to the 1967 lines will solve the conflict is autistic.’

He later apologised for using the word ‘autistic’, but he caught the mood of this generation perfectly. Their experiences ensure they simply do not believe it is possible to reach an agreement with the Palestinians.

But this is not where the argument ends, it is where it begins. This embittered generation is not a generation of pushovers. It is a generation of fighters. The embittered ones have shown they are prepared to take to the streets to demonstrate against the government on a whim, as they did in the ‘social justice’ movement which so dramatically shook the domestic political agenda in 2011. They are not happy with the way the country is governed and do not mind saying so.

However, though history has shown the Israeli desire for peace can overcome apathy and disillusionment, these Israelis will not be easily moved to back a party on the basis of a more progressive approach to the peace process, certainly not while Hamas attacks and Hezbollah threats continue.

This generation will have to be persuaded there is a reason to take more risks in negotiations with the Palestinians. It will need to be coaxed towards believing that advancing proactively towards the creation of a Palestinian state is in its best interests, and that an exit from the West Bank will not lead to an immediate Hamas takeover and a bloodier repeat of the Gaza experience. In order to take the reins once more, the Israeli left will need to figure out a plausible programme to break the deadlock, and a way to sell it. Furthermore, it will need to find a politician of stature Israelis can believe in to sell it to them.

This isn’t an impossible task. Israelis have backed candidates willing to make concessions for peace time and again; from Rabin to Barak to Sharon and then Olmert. The Israeli public has shown that when presented with a realistic vision of Israel living in peace, they will vote for it. When they are not offered such a vision, no pollster or politician should be surprised when they vote for the Right.

Successive heads of the Labour Party have so far failed to convince the bitter generation to vote for the party which heads the peace camp. In fact things were so bad that the previous head of the Labour Party, Shelly Yachimovich barely even mentioned peace, preferring instead to concentrate on economic issues. She was rewarded by seeing the number of Labour Party seats rise slightly from 13 to 15 in the election of 2013. In 2015, the Zionist Union (Labour’s new incarnation, created through a merger with Tzipi Livni’s Hatnuah) jumped to 24 seats. It was a considerable step forward, reflecting the desire of many Israelis to see change, but it was still not nearly enough to put the party in a position to form a government. It puts things in perspective to recall that the party won 44 seats under Yitzhak Rabin in 1992.

The Left’s challenge therefore, is to come up with a credible package of leadership and policy that offers a realistic route away from perpetual conflict, and international opprobrium. If they cannot do this, the Left will have no reason to be surprised when the bitter generation vote for politicians who play not to their hopes, but to their greatest fears. When they do offer this generation that path to a brighter future, they have every reason to expect Israelis to rally around them once again. 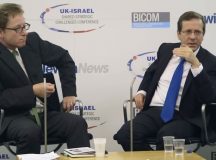 By Isaac Herzog
The newly elected Labour leader Isaac Herzog sat down with Fathom to discuss what the... Read more > Summer 2015