by Noga Emanuel
BACK 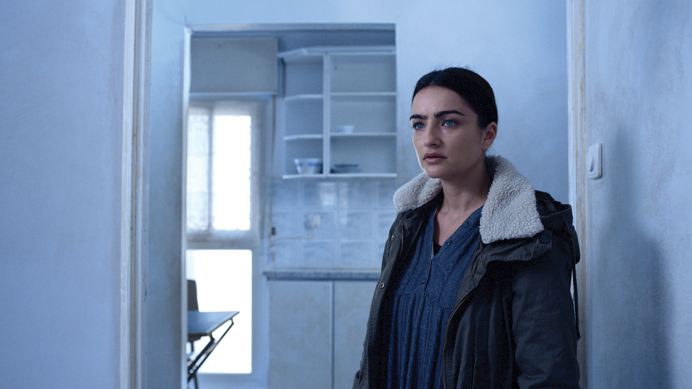 At the end of Hitchcock’s most famous scene we watch Marion Crane (Janet Leigh), just stabbed under the still running shower water, extend her open hand into the empty space before collapsing, dead. As viewers, invisible witnesses, we watch passively, transfixed by the utterly unforgiving loneliness of her last seconds. Brian De Palma, Hitchcock’s disciple, re-imagined this scene in Dressed to Kill, repeating those seconds but with a telltale modification. An elevator door opens to reveal a gored woman crouched on the floor, horror in her eyes, stretching out her open hand. The camera then switches sides and the viewers share – along with the victim – the last thing she sees in life: the sorrow on the face of a young woman standing at the door, reaching out her arms towards the dying woman. This is De Palma’s attempt to ‘correct’ Hitchcock’s scene by rendering a ‘quantum of solace’ to the dying woman, and the viewers, because a world from which all kindness has been scrapped is unbearable.

The literary critic Harold Bloom theorised that authors write in response to those that preceded them. The influence of an earlier writer upon a latter one is not necessarily direct, simple, compliant or oppositional. Artists re-imagine, re-create, re-interpret a subject, an image or a theme, aesthetically, ethically, in the prism of their zeitgeist. For the reader or viewer, such awareness deepens understanding of the work. We derive a sense of satisfaction from recognising the similarities with, and puzzle out the departures from the earlier work; the discrepancies: what do they mean?

In Polanski’s film, which takes place in Paris, a solitary East-European émigré rents an apartment in a spooky old building. His neighbours regard him with suspicion and even outright hostility. He eventually learns that the apartment’s previous tenant, a beautiful woman, committed suicide by jumping out of the window. He starts believing that his neighbours are persecuting him, and begins to identify with the dead woman in increasingly disturbing ways. Polanski’s film ends on an unforgiving note of culminating paranoia and mental disintegration.

A Quiet Heart takes place in Kiryat Yovel, a suburb in West Jerusalem that is undergoing, in Israeli jargon, ‘charedification’, from the word ‘Charedi’, a generic (and out-of-focus) term to designate all ultra-Orthodox Jews. More precisely, in Brazil Street, a chain of unsightly low-income tenement buildings, such as can be found in any working class neighbourhood in any world city. These older and run-down apartment blocks, are increasingly occupied by ultra-religious families, to the loud clacks of displeasure from the secular inhabitants of the wealthier parts of the neighbourhood.

The film starts in a comparable situation as Polansky’s The Tenant. Naomi, a shy young woman, is seeking to rent an apartment in one of the buildings in Brazil Street. From the opening scene we are plunged into the dialectical secular vs. religious tensions manifest in the film.. Naomi meets the landlord who is clearly interested in letting the apartment to her, even at a lower rent than another potential tenant – a woman with small children in the modest attire of ultra-orthodox women – is offering to pay. He explains that he refuses to let the apartment he inherited from his aunt to an ultra-religious family. There is a piano in the otherwise bare  living-room belonging to his dead aunt. The peeling wallpaper on the kitchen wall is a direct allusion to Polansky’s signature metaphor for the horror of psychological fragmentation.

Naomi (Ania Bukstein), it turns out, is a concert pianist escaping an over-hectic life in Tel Aviv whose only wish is to live in the solitary isolation of her apartment, working as a filing clerk at the archives of a radio music station. She seems reluctant to speak to anyone, shuns the friendly, but too pushy overtures of her neighbour – a widow with a few kids – and ignores a security guard’s gauche wooing attempts at her place of work.

But this escape does not proceed according to plan. The widow next door keeps knocking on her door and one of her kids, a special-needs boy who does not speak, walks over the narrow concrete beam that connects the two apartment buildings to climb through the window and play the piano. A determined young activist woman, Maya, warns her about the ultra-strict culture of religious observation that dominates that particular part of Kiryat Yovel, offering the services of an organisation dedicated, zealously, to fighting the charedification of Jerusalem. A parking inspector with an over-developed penchant for enforcing city-regulations leaves parking tickets on her car. When she explains why she cannot yet obtain the necessary resident’s parking permit and asks for some consideration, he tells her bluntly to go back where she came from.

Brazil Street looks over Ein Kerem, a charming hillside village famed for its centuries-old cloisters and holy sites, its narrow streets thronged with galleries, quaint cafes and stylish restaurants. Naomi routinely jogs along a route that winds through these lanes. One morning, she hears the sound of a Church organ emanating from behind the closed gates of a monastery. Drawn by the music, she enters a scene of a sun bathed solitary plaza, adorned with flowerbeds and trees. As she goes into the church nave, she sees a friar playing the organ. He stops, glowering at her, and she turns on her heels and runs out. A few days later, she walks in again, this time meeting the same friar in the oasis-like courtyard. They strike up a stilted conversation that cautiously evolves into something friendlier over the course of a few subsequent meetings. Brother Fabrizio reveals that – like her – he had left a life of fame and success as a musician in Italy, seeking the solitude of a quiet life in the Jerusalem hills. Fabrizio offers to teach her how to play the Organ, at least temporarily, until the abbot who is away comes back and gives his permission.

In the meantime, in Naomi’s real world life, her quest for solitude and tranquility is often rudely interrupted. The boy next door keeps showing up to play the piano. Her father comes to take her back to Tel Aviv. Her mother keeps calling her on the phone, hectoring her. Her boyfriend from whom she heard nothing for eight months, since he left for New York, suddenly materialises in the archive where she works, trying to re-kindle their defunct  relationship. She begins to receive a series of poison-pen notes, warning her to stay away from the cloister and urging her to quit the place. Maya, the anti-religious vigilante warrior, persuades her to to file a report with the police. It turns out that the police are familiar with Maya and her false flag tactics and treat the letters with scepticism. The parking inspector, however, becomes ever more menacing in his relentless harassment, his parking tickets now containing Biblical quotes intended to insult and frighten her as a profligate traitor.

Naomi finds out that the woman who lived in the apartment before her was apparently driven to suicide. As she grows increasingly alienated from her neighbours, she begins to fear for her life, too. The spring of solace she had found in her relationship with Fabrizio dried up after the Abbot, upon his return, emphatically prohibits the music lessons, literally slamming the door in her face.

When she receives a particularly vicious threat, she runs to Fabrizio despite all and pours out her great distress and fear. He takes her hand, kisses it, and tells her: This man, who persecutes you, is afraid of you more than you are of him. You must show him your strength. Go, and do what you must to end this once and for all.

Naomi places on her car’s windshield the latest parking ticket she found, writing on it in block letters: Thou shalt not murder.

The following morning, she climbs out of the window, walking the very narrow cement ledge that links the two buildings, over a yawning chasm. The parking inspector is standing in the street, watching, her written message in his hand.

Polansky’s film depicted a disturbed young man propelled resistlessly down a dark road, to an abyss. Anner’s film, setting off from similar premises, at a certain point veers off in a different direction. Naomi is depressed and troubled; in her escape from the turmoil of her previous life  she obeyed her mind telling her that only she possessed the means to heal her profound sadness and regain control of her future. Beset as she is on all sides with different people demanding bits of her for their own needs and projects, she ends up detaching from most of them one way or another: her parents, her boyfriend, the security guard who tried to pursue her, the anti-religion warrior, the fanatical parking inspector. Her friendship with Fabrizio, though unlikely to continue, restored her love for the piano. The luckiest beneficiary of her  mended self-equilibrium is Simcha, the little boy next door, who cannot speak but loves playing the piano.

Anner’s re-imagining of Polansky’s The Tenant quibbles with its message of irremediable doom. There is another way. There are life-affirming, life-giving, choices to be discovered between the cross and the Mezuza, between thuggish religious zealotry and Maya’s feud against religion, between Brazil Street and Ein Kerem, between the past and the future, between terror and beauty, in Jerusalem.

I cannot imagine that the penultimate scene in the film – Naomi’s faltering walk across a narrow beam of cement – could be envisioned without Rabbi Nachman of Breslov’s famous dictum in mind: ‘Know that a person needs to cross a very very narrow bridge, and it is imperative and essential upon us not be overcome by fear, at all.’

And it is not at all ironic to notice that Rabbi Nachman’s defiant counsel, Brother Fabrizio’s bracing words, and Anner’s film all politely decline Polansky’s grim nihilism.

Ania Bukstein plays Naomi as low-key, restrained, slightly mysterious. The other characters follow her lead. It’s a small, unassuming, thoughtful film. An étude, not a toccata. 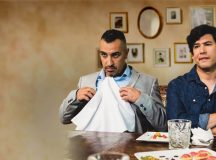 By Noga Emanuel
Noga Emanuel kicks off our new irregular series looking at Israel on Netflix with her... Read more > July 2022 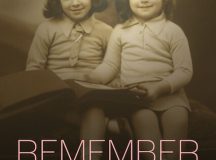 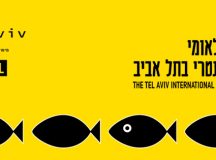