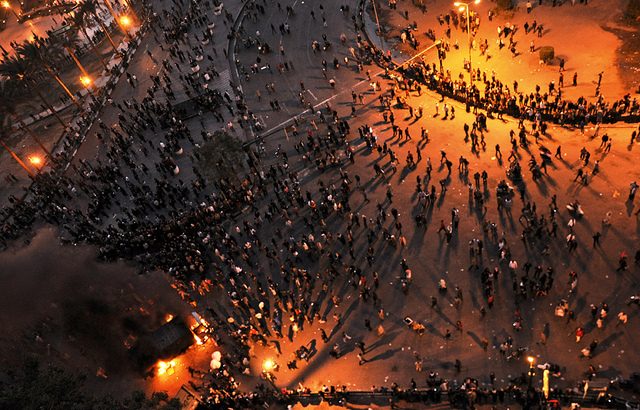 Professor Asher Susser spoke with Fathom Deputy Editor Samuel Nurding on the eve of the Israeli-Egyptian peace treaty to assess what has been achieved in the 40 years since its signing. Susser also argues that the most dangerous regional threat for Israel today is no longer strong Arab states, but weak Arab states stemming from the Arab Spring.

Samuel Nurding: On the eve of its 40th anniversary, how should we judge the Israel-Egypt peace treaty?

Asher Susser: Israel’s peace treaties with both Egypt and Jordan are surprisingly stable arrangements and there has never been a serious threat to the existence of either of them. But there is a huge gap between their stability on the government-to-government level and the degree of public antipathy toward Israel in Egypt and Jordan.

The peace treaties were a result of Egyptian and Jordanian leaders coming to terms with the fact that fighting Israel was too costly and that it was therefore preferable to make peace. But the treaties were not about the public’s recognition of the legitimacy of Israel and the Zionist cause. At best they will say things like, ‘We understand the government’s reasons, but we will not embrace Israel’, ‘Israel is a monument to Arab historical defeat’, ‘Israel is an illegitimate solution to the Jewish problem at our expense’ and so on. So the idea of ‘normalisation’, as Israelis like to call it, is unacceptable to most Arabs. In Arabic, the translation of the word for normalisation is naturalisation – that is, the acceptance of Israel as a natural facet of the Middle Eastern neighbourhood. But they don’t, and they won’t (and they don’t think they should). There is an antipathy towards Israel which is perceived as having imposed itself on the Arabs, inflicting a humiliating defeat upon them. We have to understand that this tension is part of the reality. It is too much for us to ask for them to not only accept Israel, but to embrace it too.

This ‘cold peace,’ also has consequences one of which is that Israel must retain its military superiority to maintain deterrence. This creates a paradox in the Arabs’ eyes: Israel wants to have a power advantage over its neighbours even though there is peace, to which the Arabs will say, ‘You people don’t really want peace, you want domination’. This feeds into the anti-normalisation movement and only reinforces the images that they have of Israel. So, the Israelis feel that they are still threatened despite the peace and the Arabs feel that despite peace they are still under Israel’s domineering desire.

SN: Does Jordan still have a useful role to play in Israeli-Palestinian relations? How do you assess the recent decision by the Jordanian government to annul the two land clauses in the 1994 peace treaty?

AS: State-to-state relations remain on a high level and despite the cancellation of the special land arrangements (which the treaty entitled them to do), there is considerable mutual trust and mutual interest between Israel and Jordan. But it was definitely an act of extreme Jordanian disapproval and unhappiness with their relations with Israel. And the core issue here is Palestine. Jordan signed a treaty with Israel in the belief that it would help with the implementation of Oslo, leading to a Palestinian state.

It was very important for the Jordanians to completely eradicate the argument that ‘Jordan was Palestine’. Today, the prospects of a Palestinian state materialising are very low, causing fear in Jordan that there could be a huge clash between the Israelis and the Palestinians. This is why the Jordanians are so closely involved in Jerusalem, because they see Jerusalem as able to ignite a much larger clash. They see the lack of progress on Palestine not just as an issue that they have to involve themselves in but as a threat to Jordan’s national security.

The other element of the peace treaty is economic. Again, the Jordanians have had the misguided impression that peace with Israel would provide the solution to Jordan’s economic problems. But out of these two elements – Palestine and economic prosperity – Jordan has achieved neither. As a result, there is this duality of very good relations on the security and strategic levels, but the greater the trouble on the ground – especially on the Temple Mount – the more frustrated the Jordanians become.

The strategic neighbourhood is very difficult for Jordan. It has no other reliable relations with its neighbours on security, intelligence and day-to-day threats other than Israel.  I cannot see the Jordanians deliberately scorning that relationship because they are angry on one particular issue. They prefer to live with this duality rather than throw everything out of the window.

From Arab strength to Arab weakness

SN: You have previously written that: ‘If Israel was concerned by Arab power, it is now its weakness that challenges Israeli security.’ What did you mean by this?

AS: During the 1950s and 1960s, Israel was desperately afraid that a more powerful coalition of Arab military power would form. The Israeli nuclear programme began primarily because of that pessimistic view of the long-term future. But the Arab world has entered a protracted period of crisis, which is based on the imbalance between population and resources, to which there is no foreseeable end. Egypt’s population has already crossed the hundred million mark. There are two million more Egyptians annually and the country is running out of water.

The Arab Spring was actually a representation of the ‘crisis of the Arabs’ as I call it. These declining economies and rapidly growing populations create unmanageable economic situations and instability and disaffection among the younger generation. Israel is surrounded by this ocean of potential instabilities, civil war, failing economies, which has created a chaotic, unmanageable neighbourhood. The crisis in Gaza is an example. It is not just about Palestinian disaffection with Israel on the political level, but a reflection of a humanitarian crisis that we are locked into without a clear exit. This is what I mean when I speak about the weakness of the Arabs and the threat that it poses to Israel. What happens if Jordan collapses economically and cannot get through the next round of economic difficulty? How is Syria expected to be re-established? What lies ahead for the West Bank and Gaza? This is a zone of instability on Israel’s doorstep and it could blow up in the country’s face at any time.

In the past Israel knew what we had to do against Arab armies. Today, the solution is far less clear. How do you extricate the Arabs from their crises in order to have a more stable zone? There is nothing Israel can do to resolve Egypt’s’ water crisis, or Syria’s politics. However, Israel can do more in terms of beefing up the Palestinian economy in Gaza and the West Bank, as well as helping the Jordanians as much as they can because the Palestinian-Jordanian combination is the cushion on Israel’s boundaries that it is critical to maintain vis-a-vis the disintegrating Arab world. So, it is in Israel’s best interest to see to it that people in the West Bank and Gaza have a good life. It is an unhealthy situation and a potentially unstable situation where the economic gap between Israel and Gaza/West Bank is as large as it is. Israel is a thriving, first world economy next to these two economies that are much worse off. That does not serve Israel’s long-term interests. 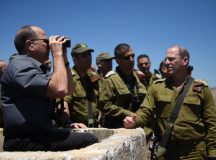 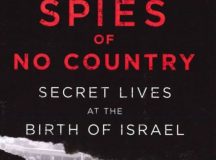 ‘Telling Israel’s story in the 21st century will... 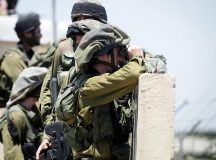