Interfaith on Campus: lessons of the St Andrews Coexistence Initiative

by Joel Salmon
BACK 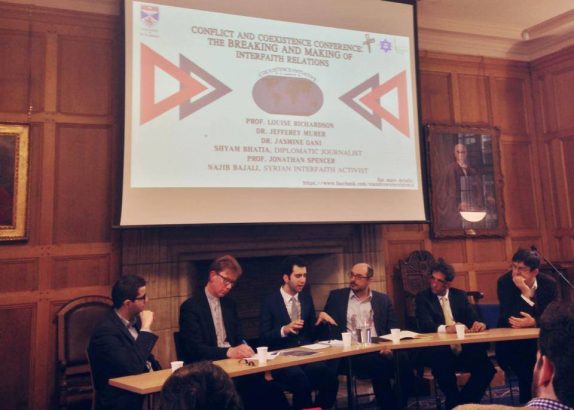 St Andrews is an institution consistently placed in the top three universities in the UK. Over 600 years old, it is known for open intellectual debate (except during the 1500s, of course, when students were burnt at the stake by the university authorities for their religious beliefs). However, student activism is close to zero. Mass anti-Israel protests? None. Boycott, Divestment and Sanctions (BDS) motions at the student union? Zilch. Uproar when Starbucks takes the Pumpkin Spiced Latte off the menu? You bet! People were so angry that they tweeted about it.

So when I was elected President of the University of St Andrews Jewish Society I expected an easy transition from eating bagels at Jsoc lunches to providing them (and then also eating them). Sadly, this was not to be. Anti-Zionism in St Andrews is subtle but when things started getting serious in the Middle East, the bile started. During the Israel-Hamas conflict in 2014, out came the aggressive Facebook statuses and the sharing of inaccurate videos and destructive articles. Previously apathetic students started buying into the anti-Israel media narrative. I realised that the political vacuum in St Andrews needed to be filled with something constructive, or it would be filled with prejudice and a lack of understanding of the other.

So we created the St Andrews Coexistence Initiative – an interfaith organisation that has developed organically over the past two years from piecemeal cooperation between the Jewish and Islamic societies into a university-wide organisation. Our philosophy is that interfaith activity rests on two pillars: relationship building from the bottom-up and carefully structured, content-driven discussion organised from the top-down.

Relationship building happens in small groups in which people get to know each other and build a rapport. When you regularly put people in a familiar setting, friendships develop. This humanises people who, before this experience, were the ‘Other’. The Talmud says, ‘there can be no joy without food’ and our potluck dinners created a lovely atmosphere in which spontaneous conversations developed and the forced and stilted nature of so much interfaith work was done away with.

A more structured content-based approach involved challenging the participants through lectures and discussions. The relationships developed through the bottom-up approach became the basis for collective discussions of difficult topics. For example, in February 2015 the Joseph Interfaith Foundation led a seminar on ‘Freedom of Expression and Social Media’ in the aftermath of the killings in Paris. Approached carefully, these sessions can bridge many differences and enable people to ask difficult questions.

The most successful events fuse bottom-up and top-down interfaith activities. We have held extremely successful conferences to bring together academics, journalists, clergy and activists to talk about conflict and coexistence. We followed up with a dinner – food, again – to allow participants to talk about the issues of the day, and to build on the relationships they had formed throughout the year.

A prominent rabbi once said to me, ‘this all sounds great but a bit pointless, because once you start discussing the Arab-Israeli conflict everything good you have worked so hard to produce comes crashing down, and the crude narratives start up again, and the blame game begins.’

The Rabbi touched on a genuine problem. Our response can’t be either to evade discussing the conflict or to tackle it with all guns blazing, but rather to frame the discussion within much broader contexts and wider themes that establish a common ground on which to organise an ongoing dialogue. Instead of debating the legitimacy of the State of Israel, which immediately puts everyone on the defensive, our recent conference explored ‘Conflict and Coexistence’ as two sides of the same coin. We contextualised specific conflicts within wider    historical experiences and commonalities. It took the heat out the debate and helped us sustain the dialogue.

Starting out with a debate is not always constructive. In fact, it can create antagonism. And it is important to make clear from the outset that the topics to be discussed will be controversial and to set some house rules for the discussion.  Interfaith work should not be about telling everyone what you think, but engaging in a conversation that involves just as much listening as talking.

The right mix of people is essential. One criticism of interfaith work is that it only involves those who already believe in it. This is partly true, but not necessarily a problem. Those people who are eager to be involved are, after all, those who will change the world. They are proactive, open-minded and interested in making positive changes. The challenge is to involve those who do not particularly care either way about interfaith. And we also need to reach out and include people who are not affiliated with a specific faith group, or who might even actively dislike religion. They add a different perspective and can help take the emotion out of certain issues.

The most important thing to realise is that it is never too late to create something. Even in places where communities are bitterly divided, you will always find people ready to take part in a counter-movement for mutual recognition and dialogue. And in places where activism is near to zero, there lies your opportunity. Time is of the essence, because if these political vacuums are not filled with something positive and constructive, they will be filled by something poisonous. 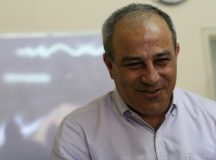 Givat Haviva and the pursuit of a shared...

By Rupert Shortt
Rupert Shortt is the author of Christianophobia: A Faith Under Attack and religion editor of... Read more > Summer 2015