Each week Fathom writers will recommend five Israel-related books, films or podcasts to help our readers through the lockdown. Earlier recommendations can be found here and here.

Susie Linfield’s book is an excellent read for those who are puzzled and appalled by the rampant anti-Zionism that is found among the so-called progressive liberal Left/socialist chattering classes. As she rightly points out, Israel serves as a prism ‘through which the changes in Left values can be most clearly seen and have been most clearly acted out’ (p.6). Disputes about Israel between those on the Left and Right (and among the Left themselves) have become ever more reductionist, nakedly ideological, spiteful, debased and a form of virtue signalling to one’s own group of supporters.

For those who are Zionists and also of the Left, this state of affairs, as Linfield herself points out, results in ‘a double grief’ (p.13). Firstly, it seriously harms both Israelis and Palestinians, ensuring that no reasonable agreement can be found given the hard and uncompromising way in which this dispute is conducted. Suffering for both groups continues indefinitely while the cossetted Left intellectuals can feel virtuous for their uncompromising stands. Secondly, by engaging in ideological and reductionist views, this pushes the ordinary citizens of both Israel and Palestine into more extreme positions with the rise of the right-wing parties and the increasing influence of religious fundamentalists.

Linfield explores this problem by examining the views of eight prominent left-wing intellectuals who held strong views on Zionism and its benefits and harms. Two of the figures are famous Jewish Europeans, Hannah Arendt and Arthur Koestler, and four are self proclaimed socialists, Maxime Rodinson, Issac Deutscher, Albert Memmi and Fred Halliday. Finally Linfield looks at two American socialists, I.F. Stone and Noam Chomsky. Apart from Memmi and Halliday (who, Linfield argues, based their views on history rather than ideology) the others held views of both Israelis and Arabs which simply ignored or distorted the historical facts on the ground. Israel, for many of them, is a project based in symbol, fantasy and metaphor, and its actions and politics needed to fit into their particular ideological perspectives. This is particularly so, albeit in different ways, of Arendt and Chomsky; Linfield is rightly deeply critical of their positions.

But perhaps the most interesting aspect of this book is Linfield’s attempt to bring the liberal Left back to a sensible position on Israel and Zionism, one which honours the history of the struggle (from both sides of the divide), the hard reality on the ground, the need to uphold the cherished values of the liberal Left – liberty, equality, justice – while fighting the evils of colonialism, racism and authoritarianism. For the very many of us who follow this dispute and the recent polarisation between factions of the Left, Linfield’s book is a call for reasonableness and balance while eschewing ‘fantasy, symbol and metaphor’ (p.9). It should be possible to criticise Israeli actions without questioning the state’s right to exist. It should be possible to criticise the terrorism and anti-liberal views of Palestinians and their many illiberal supporters without being anti-Palestinian.

Linfield’s book is a crie de coeur to those on the Left who, while virtue signalling and endorsing a racism of low expectations, end up supporting or turning a blind eye to the atrocities of murderous dictators and islamofascists, while finding every and any wrongdoing of the Israelis as reasons to castigate the Zionist project itself.

Stephen de Wijze is Senior Lecturer in Political Theory at the University of Manchester.

In the summer of 1967, an enterprising band of young kibbutznikim including Amos Oz and Muki Tsur set about interviewing veterans of the Six-Day War in order to record in permanent form the effect of that war on their generation. Part of the Israeli elite, kibbutznikim were overrepresented in the IDF’s officer class and certainly bore the brunt of combat and casualties. Edited by Avraham Shapira, the result of their work was an oral history published in October 1967 called Soldiers’ Talk — translated into English in 1970 as The Seventh Day.

Its directness, its intimate, confessional nature and free-flowing conversations, made Soldiers’ Talk a sensation. Running contrary to the prevailing mood of elation and jubilation that accompanied Israel’s swift and stunning victory, the book both captures the emotional toll shouldered by the kibbutz’s veterans — the paralysing sense of fear and death’s ever-presence they all felt on the front line — and wrestles with how Israel treated its enemies, including civilians, in the heat of battle. Facing the future, Soldiers’ Talk also addresses Zionism’s fate and Israel’s presence in the then-newly captured Palestinian Territories.

In 2015, the original interview recordings were unearthed and became the basis for the documentary titled ‘Censored Voices,’ a pointed critique of which, written by Martin Kramer, was published in Mosaic. In different ways, both the book and the film address the critique once articulated by Susan Sontag that we who have not experienced it ‘can’t imagine how dreadful, how terrifying war is; and how normal it becomes’. Deep down she is right, of course, but Soldiers’ Talk and Censored Voices at least help us get some of the way there.

Liam Hoare is a writer on politics and literature. He specialises in Israel, Jewish interests, and European affairs and his work has appeared in Fathom, Tablet, The Tower and The Atlantic.

I plan to read Tom Segev’s new book on Ben-Gurion as James Sorene’s interview in Fathom really whetted my appetite. I’d recommend One Palestine Complete. It was a book I read at a similar time of upheaval. I was living alone in Tower Hamlets in 2001-2002 working with a high net worth group on issues on Arab society in the Mideast. When I wasn’t travelling, it was sort of lonely. My family joined me a year later in summer 2002. I remember that Segev book was a very good read at the difficult time of the second intifada and 9/11.

Jonathan Paris is a London-based security and political analyst and also a Senior Advisor with the Washington-based Chertoff Group and associate fellow of the London-based Global Diplomatic Forum. Paris was a Middle East Fellow at the Council on Foreign Relations in New York from 1995-2000.

Quite simply, the best biography of Yasir Arafat. It delivers an unsurpassed account and analysis of the enigma that was the Palestinian leader. It is accessible to the non-specialist reader but also compulsory reading for the specialist, grounded as it is in a wide range of source material, including many interviews with people who dealt personally with the Palestinian leader. Barry Rubin was among the most prolific authors on Middle Eastern politics, with over 30 books to his name. To my mind, this is his best. Barry was a long-time supporter of the two-state solution and the Oslo peace process. In the wake of its collapse, he became focused on explaining how and why this had happened. In this vein and despite its sober tone, this book constitutes a devastating critique of Arafat’s failure to lead his people to statehood. As such, it is a must-read for anyone seeking to understand the tragic failure of Oslo.

Jonathan Rynhold is the deputy head of Political Studies. at Bar-Ilan University and as a senior researcher at the Begin-Sadat (BESA) Center for Strategic Studies.

Matthew Levitt recommends Thomas Hegghammer’s The Caravan: Abdallah Azzam and The Rise of Global Jihad, Aaron Y. Zelin’s Your Sons are at Your Service: Tunisia’s Missionaries of Jihad, and Ben Hubbard’s MBS: The Rise to Power of Mohammed Bin Salman

All three are incredibly timely, provide critical historical background (some older, some more recent) on events that shape the world today, and are very well written and readable. 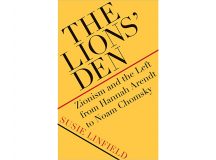 Zionism and the Left: an interview with Susie...

By Susie Linfield
Susie Linfield is the author of The Lions' Den. Zionism and the Left from Hannah... Read more > April 2020 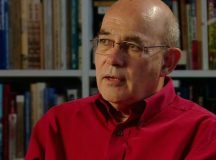