Fathoming the 2019 Israeli Election: The Sequel 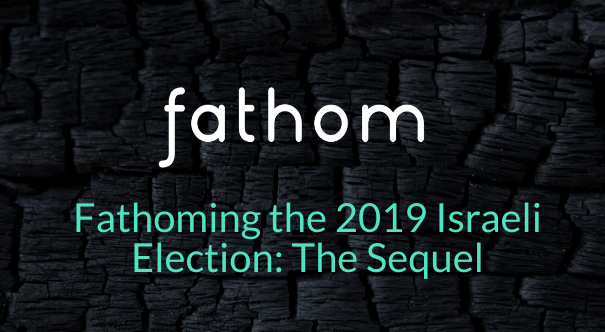 When, back in April, the Fathom editors produced a 130 page eBook Fathoming the 2019 Israeli Election, we did not expect it to be doing it all again six months later. That we are is because Benjamin Netanyahu, invited to form a governing coalition by President Rivlin after the election of 9 April, could not do so. Unwilling to see his opponent Benny Gantz given a chance to try his luck, the Prime Minister instead called the second general election of the year for 17 September.

Fathom will cover the election campaign over the next four weeks, publishing new articles and interviews as well as re-visiting some of our election-focussed articles from the Spring, now updated by their authors.

Today, we launch ‘Fathoming the 2019 Israeli Election: The Sequel’ with five pieces.

Liam Hoare writes an in-depth study on Nitzan Horowitz, leader of Meretz and co-leader of the Democratic Union, who he claims is now ‘the leader of the Israeli left’.

Maariv journalist Revital Amiran argues that identity politics and populism have been the largest obstacles to the revival of Zionist Left but there are signs that the two left slates fighting this election are tackling both and thus laying the foundations for long term-left renewal.

David Newman of Ben-Gurion University predicts the events of 2019 will renew interest in electoral reform in Israel. He critically reviews the case for reform and recent efforts – electoral constituencies higher thresholds, and direct elections for the Prime Minister – assessing which remain viable and capable of facilitating more stable government today.

In contrast to Newman, Shany Mor, former Director for Foreign Policy on the Israeli National Security Council, argues that the case against Israel’s very proportional system of parliamentary representation is empirically weak.

We also republish leading public opinion expert Dahlia Scheindlin on how the Israeli public’s shifting political self-definition is shaping the likely blocs which will compete to put together a governing coalition after 17 September.

Over the next four weeks look out for more expert analysis, informed opinion and genuine debate about the Israeli elections at Fathom.

We invite our readers to join the debate and we are particularly interested in short replies to the articles we publish today.