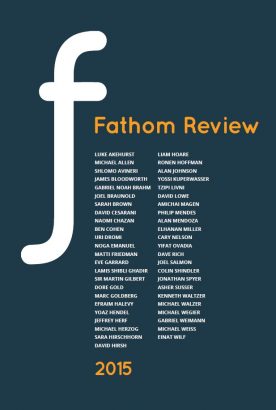 Fathom exists to fathom Israel’s complexities. It engages with a troubling characteristic of much of the public, political discourse regarding Israel and the Zionist project. In this discourse much is taken for granted, very little is proven; and the content of what is taken for granted is almost wholly hostile, both to Zionism’s legitimacy and intentions, and to the state’s intentions and actions. So far, so familiar. It has been easy (and therefore common) for the response to this discourse to comprise an Israel-advocacy conducted at a similarly low level of argument, replying to one-eyed condemnations with similarly one-eyed praise, in a tiring, unilluminating, dance and counter-dance of vilification and adoration. If we had to choose between the two, we would of course choose the latter – there is, after all, much to admire, and much more to defend in Zionism’s history, in both its pre-state, and statehood, periods. But because of Fathom – not only Fathom, but certainly, Fathom – we do not have to choose. The journal is indeed a formidable weapon against one of the major political stupidities of our time – anti-Zionism, and its creature, the BDS movement. Without compromising intellectual integrity, and with a full, clear-sighted understanding of its subject, Fathom’s contributors introduce readers to what is (but should not be) the novel notion that an understanding of the Israel-Palestinian conflict demands facts, analysis, and an openness to nuance and detail. Please read it, and support it.

We are delighted to make available the Fathom Review 2015. It can be read and downloaded by clicking here. If you would like a personal copy, message the editors and we will send one.

2015 was a hugely successful year for Fathom. Our reputation grew as did our readership – up to 150,000. In addition to our weekly Fathom Highlight and quarterly journal format, we have added the long form ‘Fathom Insight’ series, published two Fathom eBooks and begun filming our monthly Fathom Forums in London.