Fathom > Autumn 2015 > Fathom Forum | Jonathan Rynhold | What does the US presidential election mean for US-Israel relations?

Fathom Forum | Jonathan Rynhold | What does the US presidential election mean for US-Israel relations? 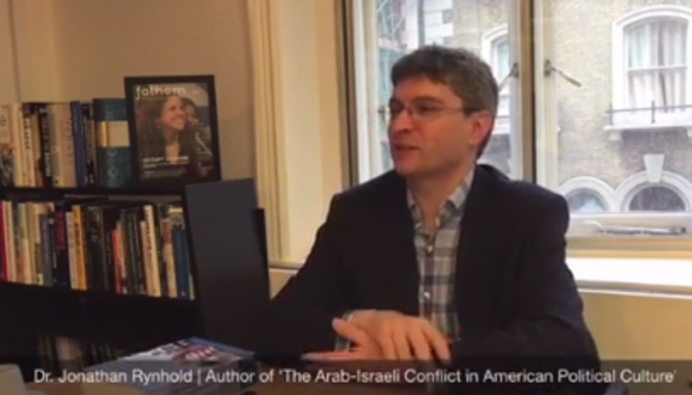 Dr. Jonathan Rynhold is author of The Arab-Israeli Conflict in American Political Culture (2015), senior researcher at the Begin-Sadat Center for Strategic Studies (BESA) at Bar-Ilan University and director of the Argov Center for the Study of Israel and the Jewish People. Rynhold spoke to the Fathom Forum about what the US presidential election means for US-Israel relations. Fathom intern Julian Graham sets out five things we learnt. The forum took place on 17 December 2015.

The US presidential race and Israel: five things we learned from Jonathan Rynhold

Both the Democrats and the GOP have deep foreign policy divisions
In a post-Iraq war America, the foreign policy debate is between ‘nationalists’ and ‘internationalists’. The race for the White House has brought these divisions to the fore, especially on the Republican side. While all candidates criticise the nuclear deal with Iran and would be willing to use force to stop Iran from acquiring a nuclear weapon, they disagree on how engaged America should be in overseas conflicts. Senator Ted Cruz, neurosurgeon Ben Carson and bombastic billionaire Donald Trump embrace the nationalist approach to foreign policy. Ted Cruz says he would keep Syrian dictator Bashar al-Assad in power, and notes approvingly the stability of Iraq and Libya under the respective reigns of Saddam Hussein and Muammar Gaddafi. Marco Rubio, Jeb Bush, Chris Christie and Lindsey Graham, on the other hand, embrace the internationalist approach and have proposed sending ground troops to Syria to ensure Assad’s departure.

On the Democratic side Bernie Sanders is closer to the isolationist beliefs of the Democratic base while Hillary Clinton advocates an interventionist approach, a position which contributed to her defeat at the hands of Barack Obama in 2008. Although foreign policy has been a major issue, Bernie Sanders’s desire to make domestic policy the focus of the election means that Hillary Clinton’s support for the Iraq War in not likely to be as damaging to her as it was in 2008.

Forget the conspiracy theory, US support for Israel does not depend on ‘the lobby’
American support for Israel has always transcended bipartisan politics, with the vast majority of Americans expressing strong support for Israel. Contrary to the conspiracy theories, this is not because of the all-powerful ‘Israel lobby’ but rather because Israel’s democratic tradition so closely mirrors the US’s own. The Constitution and the values it imparts to the American people form the very foundation of American identity. It is Israel’s ability to thrive as a democracy in the face of ever-present existential threats, as well as cultural and religious affinities that cause Americans to admire Israel. Europeans often fail to understand this.

Israel prefers a United States willing to lead and fears its retreat from the region
When the United States isn’t assertive, actors who pose a serious threat to Israel tend to arise. The approach advocated  by Hillary Clinton and Marco Rubio would be better for Israel as it would maintain a regional balance of power and dissuade actors that are hostile to Israel from becoming too assertive. A US that withdraws would encourage an increasingly assertive Iran, and allow extremist groups to thrive. Israelis agree that the United States should be involved in the region, but are divided over the how, and how much, America should be involved in the peace process.

Obama’s even-handed approach is the new-normal in the Democratic party
Any hopes that President Obama’s approach to Israel and Palestine will expire in 2016 are misplaced. Democrats, although still overwhelmingly supportive of Israel, are moving toward the president’s even-handed approach. This should not be mistaken with support for Palestinians over Israel, but it is a notable contrast with the Republican approach. Democrats are opposed to settlement building and are deeply divided over the future of Jerusalem. There are also divisions among democrats over who is to blame for the lack of a peace process and about whom the US should pressure in peace negotiations. Bernie Sanders (and younger Democrats) support the president’s approach whereas Hillary, who is out of step with the Democratic base, will likely be more supportive to Israel on the disputed issues.

Rubio or Cruz, not Trump, will win the Republican nomination
The Republican candidates divide into two camps, outsiders and the establishment. Donald Trump embodies everything the establishment opposes. This is the source of his appeal; he bashes minorities, big business CEOs (somewhat ironically) and ‘Washington’. Ted Cruz and Ben Carson are running in the same lane as Trump, and while the retired neurosurgeon is flailing, Senator Cruz is surging and is the favourite to emerge from that wing of the party. His superior political skills and his less confrontational style make him likely to beat ‘The Donald’ in Iowa and steal supporters in the ‘bible belt’ ahead of the ‘Super Tuesday’ primary on 1 March. Florida Senator Marco Rubio is the man most likely to emerge from the ‘establishment’ lane, not only because of his political ability but because he is the candidate that Hillary Clinton fears the most. When the smoke clears, it will likely be a fight between Rubio and Cruz. 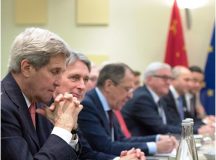 Red lines and pitfalls: the Iran deal and...