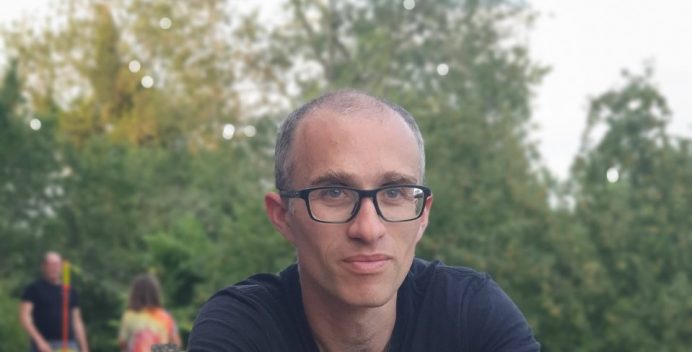 After ten years in post, Adam Ognall is stepping down as CEO of the New Israel Fund UK in the Summer. He reflects on a typically challenging and inspiring week at the helm of the organisation.

Alan’s request to me to write a diary spoke to my long-held admiration of newspaper diary writers including my old Glasgow Herald favourite, Tom Shields. However, as I started writing I realised that the informality, gossip and intrigue in which they trade – and in Shields’ case often with a pint in hand – are certainly not the currency of lockdown.

Rather we find ourselves in time of flux where the personal and the professional blur and where one day’s uncertainty is the next day’s creativity. As I have become normalised to these rhythms and rituals of the COVID-19 era, I have found my working week becoming simultaneously more global and more parochial.

My week started on Sunday ‘in’ the USA with the English-language launch of NIF’s Essential Artists Programme with a remarkable short film featuring 14 Israeli culture-makers, produced by the equally incredible Barak Heymann. I found myself moved, determined to share their story. I also found myself watching the film on loop! With each viewing I gained greater clarity as to the ability of the artists to spark the imagination and resilience – much needed in these tough times. As my colleague Libby who drove the project explained – they are artists who despite struggling with lockdown tell untold stories and elevate underrepresented communities, build bridges across difference like language and identity, or are directly involved in activist movements working towards social justice.

‘Back’ in my home office, my working week was dominated by my decision to leave my role as CEO at NIF after 10 years. Whilst the decision was made late in 2020 it really felt that the countdown began this week to my departure in the summer. Tuesday evening’s trustee meeting was my last full one and also the last for my Chair, Clive Sheldon QC who is stepping down after 6 years. Luckily for me the meeting was light on nostalgia with conversations focused on the now and the future. This was followed on Thursday by the public announcement of my successor, David Davidi-Brown. In welcoming David, I have been thinking about how I leave well and help him start well. In reading much around the subject I realised there is a lot of theory but limited practical advice. Indeed I got stuck at the first hurdle of what the appropriate expression or ‘bracha’ (blessing) is for welcoming your successor. So, I turned to the wisdom of Facebook for advice, where the best I got was from my learned colleague Shira who pointed me to the priestly blessing during the changing of the Cohanim ceremony at the Temple. Perhaps a bit grandiose?

Fortunately, the real world uncertainty of post-election Israel intervened as I re-focused for our Thursday evening event with Haaretz journalist Noa Landau and co-chair of Sikkuy, Maisam Jaljuli. Noa and Maisam are two of the sharpest minds at the intersection of politics and civil society and hearing their mix of optimism, fear and frustrations was fascinating. Especially in the shadow of events in Jerusalem (see below).

I quickly hopped from our event to a global NIF gathering where I joined with colleagues from Israel, the US, Australia, Canada, Germany and Switzerland. The meeting reminded me that NIF’s strength comes from this global partnership between Israelis and diaspora and that our credibility comes from representing the voice of Israeli civil society. In recent times, as we experience an increasingly febrile and toxic environment it has become noticeable how the direction and shape of discussions on Israel vastly differ in the multiple contexts we operate. How the shrinking of space for progressive civil society and discussions on antisemitism, free speech and criticism of Israel play out differently especially between the UK, Europe, the US and Israel. For an organisation that speaks with a global voice, rooted in Israel, this requires sophisticated and unprecedented navigation.

However, any opportunity to reflect on these questions was abruptly ended as news came out from Jerusalem of the march organised by the extremists and xenophobes of Lehava on Thursday night, while the Ramadan prayers at the Temple Mount were still underway.

Dozens were injured and arrested with violence erupting in many parts of the city, perpetrated by Jews and Arabs. I wish I could write here that these events were shocking or put it down to the excess of a few angry youth, but the provocations of Jewish extremism with its slogan of ‘Death to Arabs’ and their ability to act with relative impunity is sadly not new. The political legitimation of Lehava and Kahanists continues and is seen most starkly in the new Knesset through MK Itamar Ben-Gvir and the Religious Zionism faction which the Israeli Prime Minister worked hard to ensure would gain political representation.

Fortunately, there is a civil society voice in Israel, which my work is aligned to, that is able to organise against this threat. My week ended with WhatsApp messages and videos from friends and colleagues in Jerusalem who attended Saturday evening’s counter demonstration. Amongst the placards I was shown was one in Hebrew and Arabic stating ‘The answer to Kahanist is Jewish-Arab partnership’ (3:37 minutes into the video).

My Saturday evening was also spent getting organised for the (COVID-compliant) lunch I am hosting for team members in my garden this coming Tuesday. It will be our first opportunity since the summer to catch up in person and to meet colleagues who have joined since then. As I booked the online shopping, I appear to have my impending departure from NIF still on my mind as I find myself staying up late to finalise a Spotify playlist I have titled ‘NIF memories’, collating songs from artists who I have worked with, who have inspired me or whose music has been the backdrop to happy memories over the last decade. These musicians and other Israeli artists have often been the spark for my motivation and creativity and at times have acted as my prophets of social change. In particular as my week came to a close, I revisited the words of Yossi Zabari – the spoken word poet and one of our Essential Artists – which have been with me since the Balfour Protests this summer. He draws on the Book of Exodus and the language Pharoah uses to express his fear of the righteous Hebrews rising up:

May they multiply and grow

Until they become many

And multiply, and wax exceeding mighty;

And the land is filled with them. 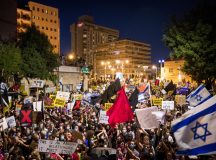 By Calev Ben-Dor
Fathom is introducing a new kind of voice to our readers. From time to time... Read more > April 2021 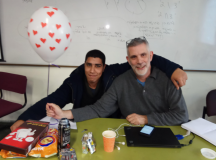 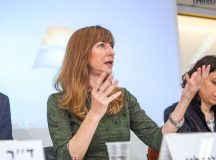