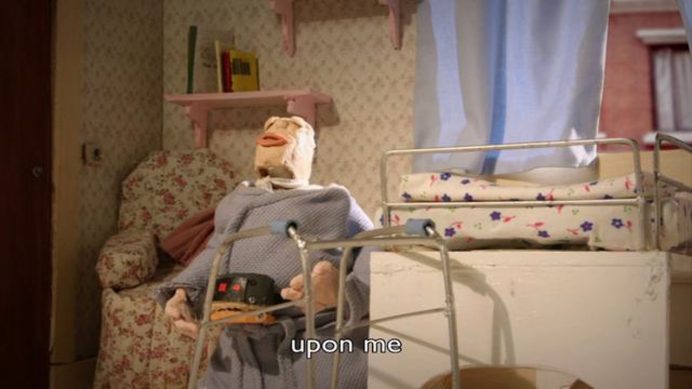 Deathbed the Musical was the first claymation film the competition has ever received and the first Israeli film to win. It features the last conversation between a dying man and his nurse about the existence of God and the meaning of life.

In her acceptance speech Liat said, ‘During animation studies I lived in Jerusalem, the most religiously diverse city in the world for four years. It was hard. Everything and everyone clashed. I found myself driven to express my secular point of view. Although I am not a religious person I believe that promoting an understanding between different religions is very important and should be celebrated. I am grateful that the Tony Blair Faith Foundation understood the message of my movie: the dangers of religious intolerance, and selected me for this award.’

Nik Powell, Director of the National Film and Television School in the UK, Chair of the BAFTA Film Committee and Faith Shorts judge said ‘Deathbed the Musical is exceptional. Somehow Liat manages to tackle this very difficult, gritty subject in a very entertaining and humorous way without trivialising or taking away from the seriousness in anyway. It states its argument in a really original and fresh manner. I can honestly say I have never seen anything like it.’

By Eli Degibri
Eli Degibri is an Israeli Jazz saxophonist, composer and arranger. He is the co-Artistic Director... Read more > Spring 2013