Fathom > November 2018 > British Jews and Israel – how is the relationship evolving? A Symposium | Rabbi Laura Janner-Klausner

British Jews and Israel – how is the relationship evolving? A Symposium | Rabbi Laura Janner-Klausner

by Laura Janner Klausner
BACK 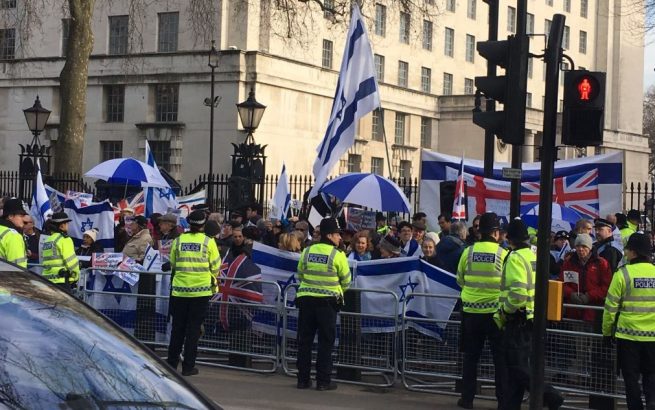 In July 2018, an opinion piece in the Jewish Chronicle identified ‘fundamental questions which must now be urgently asked’ in light of what it termed the ‘potentially seismic change’ indicated by recent developments within the Anglo-Jewish community and its relationship to Israel. The Fathom editors believe there is a place for the journal to provide a platform to some of the voices in this debate to express their views. In this context, Fathom invited Mick Davis, Rabbi Laura Janner Klausner, Dr Keith Kahn-Harris, Dr Toby Greene, Robin Moss, Simon Gordon, Tamara Berens, Jonathan Hunter, Hannah Weisfeld and Maya Ilany to share their opinions. Download the full symposium here.

Rabbi Laura Janner-Klausner: The centre ground on Israel has been stable for some time. Within the mainstream Jewish community, the vast majority describe themselves as Zionists and even more consider Israel part of their core Jewish identity. A 2015 poll showed that 93 per cent of British Jews said Israel formed part of their identity as Jews, with 90 per cent supporting Israel’s right to exist as a Jewish state – what would generally be accepted as the definition of Zionism.

Regarding their vision for the future, and for peace, British Jews also broadly agree: the same poll found that 71 per cent of British Jews believe a two-state solution is the only path to peace. The poll echoed the findings of the Institute for Jewish Policy Research in 2010. Of course, British Jews with other opinions must not be delegitimised or excluded. Our challenge is to ensure that communication between those who both support these positions and those who do not is constructive.

FJ: What kinds and forms of criticism of/engagement by British Jews with Israel and Israeli policy and practice do you consider acceptable/most effective, and which are unacceptable/least effective?

LJ-K: Communal leaders should not be policing the political viewpoints of those within our communities. The strength of Jewish tradition throughout the centuries has been our ability to hold a multitude of beliefs under one banner, even when conflict arose between us. The Talmudic concept of eilu v’eilu – that multiple narratives are all the words of our living God – is a central part of Judaism.

Members of our community must feel free to develop their own visions of what the Jewish State should look like and to seek to realise those visions. Modern political Zionism is the key expression of collective Jewish national liberation and self-determination whilst many different visions and ideologies have each shaped what Israel has become today. As the Israeli author Amos Oz famously said, ‘Zionism’ is not a first-name but a surname. At no point did the need for debate and disagreement over the future direction of Israel end. At no point were the actions of the government of the State of Israel placed beyond criticism.

We must accept the widest range as possible of ways in which members of our communities engage with Israel. However, we must be clear that there are limits to how we engage in communal discourse. Over recent months, the most shocking development has been the willingness of Jews to use violently abusive language towards other Jews who don’t share their perspectives. This aligns with a worldwide trend away from civility and respect and towards abuse, trolling and hate speech. We must never hesitate to say that this is beyond the pale and is totally unacceptable within our community. There have been threats of violence, calls for people to kill themselves and comparisons to Nazism and the Shoah. We cannot andmust not allow this disgusting, anti-halachic behaviour to become normalised.

We are all free to use our right to free speech, but we should also pause to consider whether it is productive if our advocacy – from whatever political persuasion – opens up wounds, causes division and generates tension. Just because we can say it, doesn’t mean we should say it.

I have spoken out against the BDS movement in part because it builds up the ‘fortress Israel’ mind-set, erecting another barrier to the very progress those who support it wish to see. Too many people are too quick to draw dividing lines and declare that you are either with them or against them. Nothing has been gained from this attitude.

For all of us who care deeply about Israel and its future, we have to realise that we are in need of difficult conversations with those whom we don’t necessarily agree with. We all hold our opinions in good faith, even if they may initially seem unacceptable to others. Without understanding where others come from, what motivates them and the anxieties driving their analysis of the situation, there is no hope of an understanding. We must break down barriers and find common ground – there is far more than most people imagine.

LJ-K: The primary lesson to internalise is that Jews are not responsible for antisemitism, including antisemitism which comes in the form of the demonisation of the State of Israel. To put this responsibility on Jews who have been critical of Israeli government policy amounts to victim-blaming and relieves antisemites of their responsibility for their antisemitism.

British Jewish communities need to have confidence in our ability to hold a positive and vibrant discussion about Israel. It is clear to any reasonable observer that nuance is required in our analysis of the complex situation and of the decisions taken by the various actors. The way to fight those who choose a path of demonisation is to model the honest and open conversations required for progress. This will include reasonable criticism and the expression of differences in narrative and viewpoint. It also requires us to model how demonisation, and positions which ignore well-established facts, should be challenged effectively.

Some propose that British Jewry ought to be homogeneously positive towards all actions of the Israeli government, fearful of what those who wish to demonise Israel may gain should anyone do otherwise. This is an untenable position. We not only harm ourselves in silencing our community, but it is a wholly unconvincing strategy and actually gives those who wish to demonise Israel a basis to claim dishonesty and bad faith on our part.

Some younger members of our community are increasingly wondering whether there is a place for them in this discussion. Routinely, they are belittled, patronised and even verbally abused for expressing their views. For disagreeing with older members of the community, a number of young people I know have simply been told to ‘grow up’. Our young people – our young leaders, must not be side-lined in this way.

Those of us who are older should remember that we grew up in a different world. For many young people, their entire experience is of post-Oslo Israel, an on/off peace process with the Palestinians and an Israel with superior military strength and control. They are not so directly scarred by the memory of the Shoah. Moreover, political reality is changing, with narratives often focusing on ‘oppressors’ vs ‘the oppressed’, a lens through which the Israel-Palestine  conflict is often viewed. New technologies allow instant – and often incessant – access to these narratives. All this gives our young people an outlook on Israel which may not always match that of older members of our communities. That difference should be cherished.

Our young people want to be contributors to the discussion. They have a perspective which is relevant and important. They deserve to be heard and not belittled. Young people have been driving Zionism forward since the very start, where the chalutzim – the pioneers – were the ones who truly built the foundations of a Jewish state. Today, our young people remain our pioneers. Their passion and their contributions must be respected by our whole community. 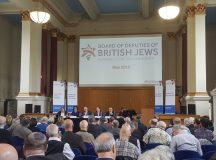 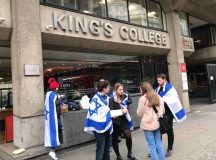 By Tamara Berens
In July 2018, an opinion piece in the Jewish Chronicle identified ‘fundamental questions which must... Read more > November 2018 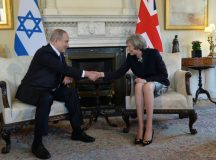