by Simon Smith
BACK 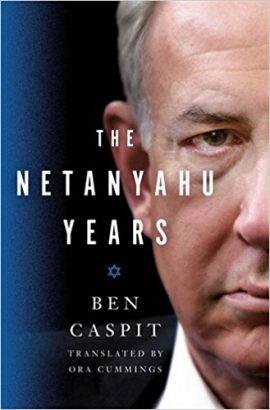 Part biography, part political thriller and part unflinching gaze on the decision-making processes of Israel’s political and security establishment, The Netanyahu Years offers an engaging and accessible investigation into Prime Minister Benjamin Netanyahu’s time in government. There is no shortage of biographies of Israel’s Prime Minister, but Ben Caspit makes a niche for himself by focussing on Netanyahu’s personality; what made him, what drives him, and how his personality has shaped Israel’s development over two decades.

Caspit’s is a portrait of the prime minister as the ultimate political tactician and survivor. Caspit chooses to begin the story with Netanyahu addressing Likudniks on the eve of the 2015 election, staring a likely defeat at the hands of then Labor Party leader Isaac Herzog in the face, and to end the book with Netanyahu’s shock landslide victory only a day later. In between those two vignettes, this unflinchingly intimate book seeks to explain the psychology of Netanyahu. And in doing so a surprise: the portrait of the prime minister as a genuine political leader limited by tragic flaws rooted in his early formation and subsequent experience.

Netanyahu’s obsession with the media in particular is covered in detail, from his spectacular early media success as UN ambassador, through his canny anticipation of the modernisation of the Israeli media landscape, to his relationship with Sheldon Adelson and Israel Hayom. In light of the Case 4000 investigations into whether Netanyahu sought to buy favourable coverage from Yedioth Ahronoth, these passages will be closely studied.  A particularly insightful chapter sheds light on how Netanyahu’s electoral defeat and period out of office shaped his determination to never again ‘be dependent on the media that loathes me’ and to form ‘my own media’.

Caspit aims to reveal the connections between what he sees as Netanyahu’s paranoia and the events that shaped the man, so that by the epilogue the reader has both been told a story but also been offered a diagnosis. Caspit breaks from the chronology to give us an uncomfortable chapter examining the various personality disorders that critics have speculated Netanyahu may have. ‘Wild’ (lay, unqualified) psychiatric diagnosis of this kind is always teetering on the edge of the risible, the unethical, not to mention the unreliable, but it is also undeniably absorbing.

The second half of the book focuses largely on the escalating tension between Netanyahu and President Barack Obama, placing the deterioration of their relationship centre stage, and illustrating it with a finely drawn account of their clash over the Iranian nuclear programme. Again, the strength of Caspit’s approach is seen in the way that foregrounding Netanyahu’s early familial and political formation allows the reader a fresh angle of understanding on the clash between President and Prime Minister.

Caspit’s 56 pages on the Palestinians feels like an afterthought. Coming at the very end of the book, he leads us through the US-led London backchannel and the 2013-3 ‘Kerry process’ in chronological order that reads more like a diary than an analysis. More than any other issue, the retrenchment of the peace process under Netanyahu, and three bloody wars in Gaza, are the issues international readers associate with his premiership. Though we are offered a play-by-play account of the breakdown of negotiations with the Palestinians, the broader reasons behind, and fateful implications of, the creeping annexationism of the Netanyahu era are not explored. If some readers will feel a disappointment in The Netanyahu Years, it will be here they feel it.

But perhaps that would be to misunderstand the point of the book. Whilst there are many accounts of the reasons behind the collapse of Oslo, Caspit has chosen to focus on Netanyahu’s psyche, examining the failings of the peace process as a symptom of his way of thinking more than a systemic failure of Israeli politics. Caspit gets under the skin of the prime minister in a way few other authors have managed. His is not about the ideology behind Netanyahu’s decision-making, but the insecurities. Instead of a ‘policy,’ he directs our attention to a sensibility, a Netanyahu driven by a belief in his own ability and a certainty that what matters most is that he lead Israel to safety in the face of never-ending existential threat. Positions, as such, are subordinated to his judgement of that imperative.

In this regard, Caspit actually comes close to defending Netanyahu. In the face of accusations that he has lied about his willingness to negotiate with the Palestinians, Caspit claims that Netanyahu would ‘make painful concessions for peace if only a partner existed’ adding ‘the problem is he will never believe there is one’. At times, Caspit is almost pitying, showing the prime minister to be a man held prisoner by his own insecurities and contradictions. Instead of the cynical, calculating, self-preserving politician we have grown accustomed to seeing Netanyahu’s critics portray him as, Caspit shows him instead as a leader who fully believes he is doing the right thing, even if this is only because he has an unmatched talent for convincing himself that falsehoods are true; a leader who would be willing to make bold decisions, if only he could restrain his ‘inherent pessimism’ that shackles him to caution and inactivity. Coming from one of Netanyahu’s fiercest critics, this is refreshingly unexpected.

Make no mistake though, in the end Caspit is damning. ‘In the final analysis,’ Caspit concludes the biographical portion of the book, ‘Netanyahu is a saga of missed opportunities.’ And Caspit is bitter: ‘The credit he has built up among the Israeli public over the past seven consecutive years of his regime has allowed him to do practically anything he wants … how unfortunate it is that all this is wasted on personal survival, adherence to the status quo, and fear-mongering.’

But on the way to those judgements, The Netanyahu Years is a far more rounded book that one might expect. Yes, there is scathing criticism. But the reader is also treated to an acute portrait and a penetrating analysis of Israel’s soon-to-be longest serving prime minister. 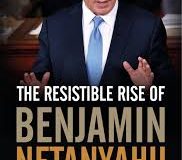 The Resistible Rise of Benjamin Netanyahu: an interview...

By Neill Lochery
Neil Lochery is the Catherine Lewis Professor of Middle Eastern and Mediterranean Studies at University... Read more > May 2018 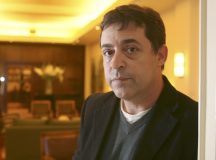 By Ben Caspit
In this exclusive interview, Fathom deputy editor Calev Ben-Dor sits down with Ben Caspit, a... Read more > May 2018

By Colin Shindler
Admiration and respect are not words usually attached to the persona of Benjamin Netanyahu by... Read more > May 2018