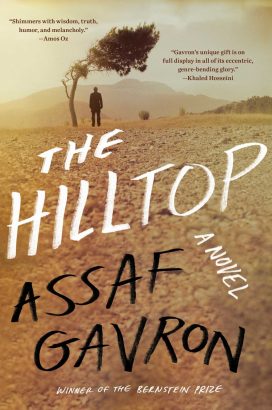 In Like Dreamers, Yossi Klein Halevi wrote that, after 1967, the settlers looked into the mirror and saw pioneers starring back. In their own eyes they were a continuation of the ethos of the kibbutzniks who built up the land and founded the state. But they were also a new wave of Zionism, ‘this time led by religious Jews’, a ’movement of the faithful’ for all those who understood that ‘Zionism was about not refuge but destiny, redemption.’

‘The members of Gush Emunim would like to see themselves as the heirs of the historic Mapai movement,’ the novelist David Grossman observed in The Yellow Wind, following a visit to the settlement at Ofra. But Grossman did not accept their self-definition. ‘They are not themselves really of the land of Israel,’ he argued. ‘Among many of them even the Hebrew language is incorrect, shallow, and trite’ while ‘their houses are almost bookless’ and ‘they have little use for culture.’ If their architecture is foreign, their humour is of the Diaspora, and their ideology is post-Zionist or anti-Zionist, are the settlers, then, Israeli at all, asked Grossman.

The novelist Amos Oz also went to Ofra, Tekoa and those stony mountains spread with ‘factory-built houses with asbestos roofs and solar water heaters and symmetrical rows of white houses and security fences and antennas’ – when writing his classic In the Land of Israel. In Ofra, a settler called Uri Elitzur told Oz that, ‘Western culture is all alien to the spirit of Judaism’ and spoke openly of carrying out retaliatory attacks in Ramallah, shattering the windows of Arab cars. His wife, Yael, said toOz that, ‘The war over the Land of Israel is a war of life and death, and it is still very far from over.’

When Oz went to Tekoa, he met a young man named Danny. Born and raised in Elkosh, a small farming village in the Galilee, Danny later served as a technician in the air force. Coming across Tekoa on a hike, Danny had been so enchanted that he had decided to stay. About his love for the landscape, he told Oz ‘It’s not something I can put into words. Maybe a poet could, but not me.’

There is something of Danny, albeit with a dollop of mysticism and spirituality, in the character of Gavriel [Gabi] Nehushtan, a resident of Maaleh Hermesh C, a fictional outpost amongst the hills of Judea and Samaria and the setting for Assaf Gavron’s new novel, The Hilltop. When Gabi first arrived at the outpost, all he had to offer was ‘good and pure Jewish manual labour’ and took up shepherding, taking goats out into the wilderness, sitting with them on the crest of a hill or beside a spring, reading religious literature and holding court with God.

‘Gabi found his own special place during the long hours he spent in solitude when he first arrived on the hilltop – a stone ledge above the cliff that dropped down into the Hermesh Stream riverbed and overlooked the desert’ writes Gavron. There, Gabi built himself a small cabin made of wood and stone, ‘his future home, the home of his dreams,’ away from the outpost but supported by it. ‘Where else in the world would Gabi have been able to build, with his own two hands, a home of his choosing, his taste, and catering to his needs – at almost no cost at all?’

Gabi came to Maaleh Hermesh C from a kibbutz in the Galilee. His childhood was one of isolation and trauma. His parents were killed in a vehicle accident in the Golan, when they hit a cow head-on and the engine crumpled in on them. He was raised by adoptive parents and on the kibbutz he was bullied for wearing braces. When one older boy called him ‘Jaws’, he retaliated by jumping on him from the diving board at the swimming pool, breaking the boy’s jaw and twisting his bottom teeth out of shape in the process. His brother, Roni, was growing up faster than him, and while he became a man, Gabi remained a boy. And he became in the process a loner of sorts: ‘Gabi took to walking more and more on his own to the mountain that lay beyond the perimeter road, beyond the fence, beyond the plum orchards. That was many years before his night time hours of solitude on distant hilltops, before he knew that solitude was a supreme virtue, and the greatest of them all.’

The Hilltop is Gavron’s fifth novel; it follows CrocAttack!, the last of his novels to be published in English in the United Kingdom. In Israel, Gavron is also known as a translator, having adapted the works of Philip Roth, J.D. Salinger, and Jonathan Safran Foer into Hebrew. Highly unusually, he was responsible for the translation CrocAttack! from Hebrew into English. (For The Hilltop, that duty has been passed onto Steven Cohen.) In the past year, Gavron has co-edited with Etgar Keret a collection of short stories, Tel Aviv Noir, and worked with Natalie Portman on the screenplay for her cinematic adaptation of Amos Oz’s memoir and magnum opus, A Tale of Love and Darkness, due to be released some time in 2015.

As an artistic experiment, The Hilltop is less than successful. Gavron’s prose style, at least when rendered into English, is functional and largely without imagination. It never takes off and does not, its use of language, match the elegant coolness of Amos Oz or Aharon Appelfeld, nor the vision of Meir Shalev or David Grossman. As such, The Hilltop is not the compelling novel it might have otherwise been in the hands of a more stylistic author. What should be said, to Gavron’s credit, is that while Oz and Grossman have written about settlers and the settlement project in their journalism, neither of them have really pursued the subject in their fiction in any great detail. Gavron, having spent time in the outpost of Tekoa Dalet in the process of researching and writing The Hilltop, does attempt to get into the heart and minds of the settlers through the novelistic form. Indeed, while The Hilltop’s depictions of the outpost’s battles with the government and a money-making scheme to sell the olive oil from the nearest Arab village to flush upstarts in Tel Aviv form the backbone of the novel in terms of plot, its real concern is the inner lives of the settlers. Who are they, really? It is a vital question to answer, for the settlers are amongst us. Given that the settler movement itself sometimes seems to live in opposition to modern Hebrew culture, Israeli literature must respond to the settlers and absorb them so as to understand them: their ideology, motivations, and way of life.

Of course, there cannot really be a single answer to this question of who the settlers are, but if Gavron is to be our guide in understanding those who live in remote outposts scarred into West Bank hilltops, set amongst the wells and olive branches, it can be said that some settlers are mystics and free spirits while others are opportunists and entrepreneurs. They feel a deep connection to the land – one which ignores the will of the government and, in some instances, trumps their connection to the state. They value family and spiritual life at the expense of secular culture. Some are agile-minded; others are crude, simplistic, and even racist.

And the residents of Maaleh Hermesh C, are of course only one face of the settlers – the predominant one, yes, but only one. The settlers are also ultra-Orthodox Jews, living in large communities close to the Green Line, such as Beitar Illit and Modiin Illit. They are Labour supporting kibbutzniks living in security settlements in the Jordan Valley. They are middle-class Sephardim in search of a better quality of life. And they are Russian immigrants who were pushed out into the West Bank where housing is subsided. When Israeli literature responds to all of them, when we read love stories set in Maaleh Adumim, perhaps then we will know the settlers better.

By Samuel Lebens
Think you know who the settlers are? Think again I live beyond the Green Line.... Read more > Winter 2015

By Liam Hoare
Israel, as Amos Oz once observed, was born out of a spectrum of dreams and... Read more > Winter 2015