by Jonathan G. Campbell
BACK 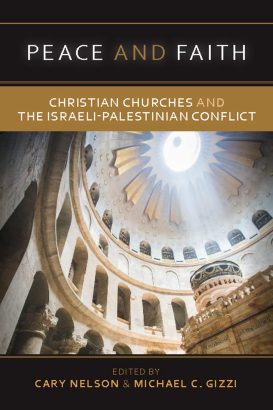 This lengthy edited volume contains an introduction, sixteen chapters (organized into Parts I-III), appendix (on the history of antisemitism), notes, bibliography, list of contributors, and index. It offers a wide range of studies relating to the Christian churches’ involvement in the Israel-Palestine conflict, set against the background of the historical relationship between Jews and Christians across the centuries.

It is worth saying more about the Introduction and contents of Parts I-III, highlighting elements that readers may find particularly helpful, before mentioning material that some might deem problematic.

In his Introduction, Nelson explains that the editors included historical studies, textual analyses, and personal testimony in an effort to grapple with “the role that debates within religious communities can or should play in the pursuit of reconciliation and conflict resolution [in Israel-Palestine]” (p. 18). He also notes that they worked with Presbyterians for Middle East Peace–a body linked to the Presbyterian Church of the USA (PCUSA) that aims to promote a balanced approach to the conflict in that denomination and others.

But it is his Introduction’s description (pp. 58-61) of the work of Christian biblical scholar Walter Brueggemann that may be most useful, especially for readers new to the anti-Israel sentiment increasingly dominant in mainline (i.e. broadly non-fundamentalist) Protestant churches. Brueggemann, in his 2015 book Chosen?: Reading the Bible amid the Israeli-Palestinian Conflict and elsewhere, offers a noxious mix of politics and theology that caricatures Israel as an uncompromisingly brutal state vis-à-vis the Palestinians so that he must then “bring down the wrath of the [biblical] prophets” (p. 59) upon the country in condemnation. Despite the obvious echo of old ideas about Jewish power and malice in his writings, it is hard to overestimate how influential Brueggemann’s work has become in the mainline churches of the English-speaking world. Nelson’s overview, therefore, is timely and helpful.

Part I (“The Holy Land and the Politics of Religious Belief”) contains nine chapters by Edward Kessler, Amy-Jill Levine, Daniel Friedman, Giovanni Matteo Quer, Jonathan Rynhold, C.K. Robertson, Robert A. Cathey, David Fox Sandmel, and John Kampen. They all have something valuable to say on a range of subjects, but three deserve special mention.

Friedman (“American Christianity, Israel, and the US Presidency”) provides a fascinating survey of the different ways US presidents from Woodrow Wilson (in office 1913-21) to Donald Trump (2016-2000) have related to British Mandate Palestine, the State of Israel, and the Palestinian territories. The end-result is a picture more complex than is normally assumed by people on all sides of the debate about the region, with whoever is a given president’s pastor playing a surprisingly significant role.

Quer (“Catholic Organizations and the Delegitimization of Israel”) explains how the Catholic church’s teaching on Jews and Israel has become much more affirming than many realize, not due simply to the publication in 1965 of Nostra Aetate (which absolves Jews of responsibility for Jesus’ death), but also in light of more recent positive statements from the Vatican about Judaism and Israel. However, some Catholic organizations, influenced in part by prominent Catholic Palestinian writers, continue to adopt extreme anti-Israel positions mirroring those of mainline Protestant bodies. They include not only independent ones (e.g. Pax Christi) with no Vatican oversight but also, disappointingly, others over which the church supposedly exercises control (e.g. Trocaire).

Rynhold (“Evangelicals and the Israeli-Palestinian Conflict”) shows how evangelical Christian organizations in the USA more often than not fail to live up to their reputation as unthinking and extreme in their support for Israel. More particularly, it is clear that the majority of evangelicals are not in fact opposed to a genuine peace deal between Israel and the Palestinians, even one requiring Israel to give up territory. Neither do most evangelicals hold views about the end times that might be construed as anti-Jewish.

Part II (“Boycott Campaigns in the Presbyterian Church USA”) comprises essays by Daniel Friedman, John Wimberly and William Harter, Michael C. Gizzi, and Cary Nelson. They focus narrowly on the struggles between factions within PCUSA over Middle East policy, dramatically illustrating the denomination’s shift in the twenty-first century towards a BDS-supporting anti-Zionism.

Thus, in his second contribution to the book, Friedman (“Battle for the Holy Land(s): The Evolution of American Protestant Polarization on Israel and Palestine”) explains that one key reason PCUSA has recently become so anti-Israel is the fact that many evangelicals have left the denomination over its growing acceptance of homosexuality. Since such evangelicals tend to be pro-Israel, their absence has necessarily strengthened PCUSA’s anti-Israel activists.

The chapter by Gizzi (“Zionism Unsettled and the 2014 PCUSA Battles over Divestment”) and a further one by Nelson (“A Critical Reading of Zionism Unsettled, Its Antecedents, and its Legacy”) together show what such anti-Israel activism means in practise via excellent analyses of Zionism Unsettled. The latter is an anti-Israel booklet published by the PCUSA-affiliated Israel Palestine Mission Network, the contents of which clearly cross the line into antisemitism. Gizzi describes the fraught circumstances in which the PCUSA General Assembly tried to distance itself from Zionism Unsettled in 2014, while Nelson critiques the booklet in detail.

Part III (“Reconciliation–Guideposts for the Future”) contains chapters by Susan Andrews, Michael C. Gizzi, and Cary Nelson that offer pointers towards lasting peace between Israel and the Palestinians. The item by Gizzi (“Reconciliation, Shared Society, and Co-existence Efforts between Israelis and Palestinians: An Overview”) usefully surveys grass-roots projects bringing together small groups of Israelis and Palestinians in various ways for the sake of peace.

But some readers may be unpersuaded by Nelson’s item in Part III (“A Reconciliation Roadmap”), for it makes approximately forty urgent recommendations on how to prepare for a two-state solution and then implement it–most requiring action only by Israel. Nelson justifies this imbalance by appeal to Israel’s superior power and the fact that “the key requirements for Palestinians, like adopting transparent finances and eliminating incitement are difficult, transformational requirements” (p. 467). However, since Palestinian leaders certainly rejected generous peace deals in 2000 and 2008, and almost certainly rejected a more modest one in 2014, it is arguable that these and other “difficult, transformational” issues on the Palestinian side also need prioritization. The question of power may likewise be less clear-cut when the Israel-Palestinian conflict is placed in its wider geo-political context in which, for instance, Hamas is funded, trained, and armed by Iran.

As for Nelson’s recommendations themselves, some are sensible (e.g. increasing permits for Palestinians working in Israel, as long as Israeli security needs can be met). But others might appear a bit naïve (e.g. Israel should delegate security in the Jordan valley to American troops). Yet others may be viewed as unreasonable by some readers. Thus, given the Palestinian Authority’s longstanding rejectionism, why should Israel indefinitely refrain from developing those parts of the West Bank that it will obviously keep in the event of a peace agreement? Or why insist that such an agreement must see Jerusalem re-divided, when most East Jerusalem Arabs do not want to come under Palestinian Authority jurisdiction? Similarly, is it right to again insist Jews should be forcibly evacuated, this time from West Bank areas that will become part of the new Palestinian state, when things have turned out so disastrously since the last time that policy was implemented during the 2005 Gaza withdrawal? The very assumption that the new state must be Jew-free will be viewed by some as a warning sign that the political entity envisaged will almost certainly not be democratic or peaceful.

Several other chapters in the volume contain assumptions and statements that might raise similar questions, but those questions tend to be tangential to the main topic under discussion. When it comes to Nelson’s contribution to Part III, in contrast, the issues highlighted above may be felt by some readers to undermine, at least partially, its central argument.

Nevertheless, overall, Nelson and Gizzi have put together an important collection of essays that comes highly recommended by this reviewer. 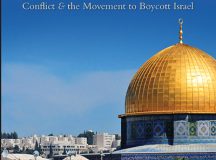 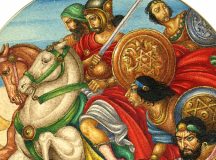 Bar Kochba and Us: The Israeli Debate during...

By Calev Ben-Dor
Calev Ben-Dor argues that the fight raging today between Israeli politicians about how to interpret... Read more > September 2022 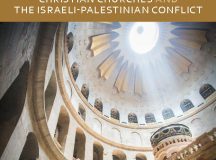 Christians and the reconciliation route to resolving the...

By Rupert Shortt
Rupert Shortt is the author of Christianophobia: A Faith Under Attack and religion editor of... Read more > September 2022