by Jack May
BACK 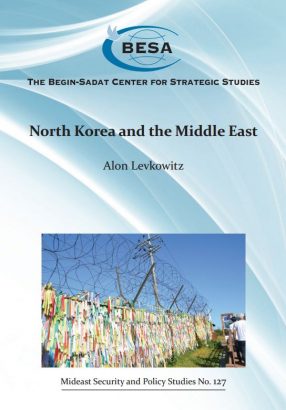 Why did Lieberman put North Korea first? Iran consistently voices its aspiration to destroy Israel, and has vastly increased its influence in recent years, while Hamas and Hezbollah operate on Israel’s doorstep. The new Hamas leader in the Gaza Strip is committed to the liberation of all Palestine and Israel intercepted arms deliveries to Hezbollah in March.

Lieberman’s preoccupation with a state 5000m away is due to the threat North Korea poses as a facilitator for Iran, Hezbollah and Hamas.

A publication by Alon Levkowitz from the Begin-Sadat Center for Strategic Studies (BESA) provides a detailed account of North Korea’s involvement in the region; his findings suggest that Pyongyang is likely to continue to provide assistance to destabilising actors that threaten Israel and the wider Middle East. Levkowitz’s findings add weight to the argument that the more proximate security threats to Israel cannot be contained without a concerted effort to cut the cord between North Korea and its regional allies. Israel can’t achieve this on its own, and needs to convince other states that Pyongyang presents a serious regional threat.

North Korea can facilitate Iran’s aspirations for nuclear weapons. Missile cooperation between the two countries goes back to the Iran-Iraq war, when North Korea’s assisted in the development of the Iranian Shahab-1 missiles. Levkowitz shows that since then there have been many indications of cooperation on missile and nuclear technology; tests of North Korean Hwasong-6 and Nodong-1 missiles in Iran, the attendance of Iranian experts at the North Korean nuclear test site Punggye-ri, suspiciously similar missile sites, and reports of regular mutual exchange of nuclear and military experts even as late as May 2015, whilst the Iran nuclear deal was being negotiated.

The P5+1 deal with Iran has reinvigorated their relationship. It has not curbed Iranian nuclear ambitions; the Iranian Foreign Minister warned recently that Tehran is ‘completely ready‘ to restart its nuclear program if the US fails to meet its commitments. Levkowitz notes that worrying loopholes in the deal allow Iran to develop its nuclear programme externally, with a likelihood of North Korea being its nuclear ‘backdoor’. Moreover, it appears Iran can use the US $100 billion provided by lifted sanctions to fund this endeavour. Drs. Refael Ofek and Dany Shoham – also of the BESA Center – argue that post-deal nuclear cooperation is already happening.

Levkowitz points out that Iran has previously tweaked North Korean ballistic missiles to bear nuclear warheads. It seems the Iranian assurance that it does not envisage nuclear applications for its missiles should be viewed with scepticism, particularly as new reports indicate North Korea could provide Iran with the materials to miniaturise nuclear warheads for use on ballistic missiles, following attempts to sell a form of lithium metal used for this purpose on the international market. Therefore, the lack of guidance on ballistic missiles in the nuclear deal and the amended UN Security Council Resolution 2231 must be recognised by the P5+1 as a weakness likely to be exploited.

Iran has not softened its position toward Israel since the deal was agreed.  Iran’s Supreme Leader Ayatollah Khamenei responded to comments that the deal would allay Israel’s fears for 25 years by stating that Israel would not exist in 25 years. At worst, a nuclear Iran would pose a direct nuclear threat to Israel. At best, possession of a nuclear deterrent would embolden Iran to intensify its anti-Israel policies.

Lieberman knows that Israel cannot enforce the nuclear deal or address its limitations. If the international community does not want to see another Israeli strike on a nuclear facility then it is becoming clear it must work to close the doors for North Korean-Iranian nuclear collaboration before it’s too late.

North Korean weaponry provides Hezbollah and Hamas with the military capability to strike Israel. In 2014 A U.S. federal judge ruled that North Korea was liable to victims of the 2006 Second Lebanon War because of the ‘advanced weapons, expert advice and construction assistance‘ provided to Hezbollah. During 2014’s Operation Protective Edge, Hamas tried to negotiate an arms deal with North Korea worth hundreds of thousands of dollars. Hezbollah has received training in North Korea, and technical assistance is suspected in the construction of Hamas’s Gaza tunnel network.

A major challenge lies in intercepting North Korean weapons destined for the region. In 2009 a 35-ton arms shipment for Hezbollah and Hamas was seized at Bangkok airport. The Hezbollah-bound arms convoy intercepted in Syria in March 2017 contained North Korean missiles.

Lezkowitz notes Israel’s limited options to counter shipments. There are a multitude of routes through which weaponry can be obtained, while Israel cannot operate militarily far beyond its borders. Direct engagement would have implications for South Korean security. This explains why many shipments do reach their destinations. In summer 2016 Hamas made apparent their possession of North Korean anti-aircraft missiles, and January 2017 reports indicate the acquisition of 1,500 laser-guided anti-tank missiles.

Levkowitz concludes that Israel will need more international assistance to limit Pyongyang’s shipments to the Middle East. Recent developments indicate that an option may be to build on China’s cooling toward Pyongyang – shown by their recent ban on many exports to North Korea that have military and nuclear applications, and the banning of North Korean coal imports to China – to explore options for reducing shipments to the region via China.

Levkowitz’s research is thorough and timely, and joins other worried commentators on this topic. The warning signs are plain to see; the last thing a volatile Middle East needs is more North Korean weaponry – especially nuclear weapons. Lieberman is right to prioritise this threat. The belligerency of Hezbollah, Hamas and Iran depends in part on how the North Korea channel is allowed to develop. 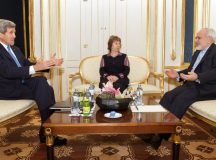 The Struggle over the Iranian Nuclear Programme

By Yossi Kuperwasser
It is incumbent on Israel to use all the diplomatic and political tools at its... Read more > Spring 2017 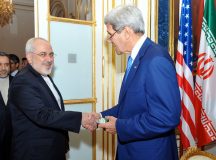 By Michael Herzog
As the nuclear deal between Iran and the P5+1 goes into effect with the announcement... Read more > Spring 2017 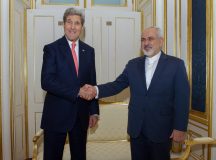 How Obama Sold the Iran Delusion 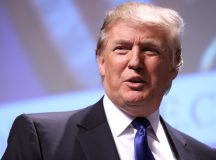