Fathom > December 2020 > Book Review | Head of the Mossad: In Pursuit of a Safe and Secure Israel

Book Review | Head of the Mossad: In Pursuit of a Safe and Secure Israel 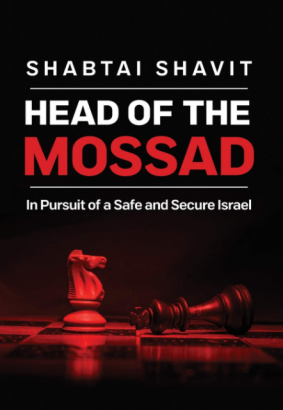 The Director of the Mossad has to think geopolitically. He (and so far it has always been a ‘he’) has to focus not merely on regional issues, but on developments further afield, in particular how they may affect the way Israel’s allies will cooperate with the Mossad. For example, British readers will be interested by Shabtai Shavit’s revelation that Mossad’s relations with MI6 markedly improved after the end of the Cold War, ‘when Britain and Israel found themselves facing more and more common threats, in particular radical Islamic terrorism and the proliferation of non-conventional weapons’.

It is on the question of Islamist terrorism that Shavit, Mossad’s head from 1989 to 1996,is at his most opinionated, specifically on how the world can fight it. One tactic is targeted assassinations. At the time of writing no party has claimed responsibility for the recent assassination of Iranian nuclear engineer Mohsen Fakhrizadeh, but the Mossad is strongly suspected not only because of Israel’s clear motivation for such a move, but because, as former CIA operative Bruce Reidel put it, ‘Seldom has any country demonstrated a similar ability to strike with apparent impunity inside the territory of its fiercest enemy.’

Shavit’s book does not describe the details of Israel’s targeted assassinations (for that, go to Ronen Bergman’s fantastic Rise and Kill First), but he is unequivocal in his endorsement of such measures.

In what could have been a direct response to former CIA director John Brennan’s brusque condemnation of the Fakhrizadeh killing as ‘a flagrant violation of international law’, Shavit goes to some lengths to explain just why international law is not fit for purpose in the fight against. Discussing the role of intelligence agencies, he points out the tension between intelligence gathering and the legal restraints that could endanger agents, even while they are acting to prevent mass-casualty terrorism. The war against Islamist terror – and against an Islamist terror-state, Iran – is one, he says, ‘in which there exists an absolute asymmetry between a moral society and a society devoid of values’. Therefore,there is a strong argument for ‘lowering of the bar of legal requirements’ in this war.

He bluntly bemoans the dilemma of fighting terrorism ‘according to archaic laws and norms belonging to another era of warfare’.

He is similarly unsparing in his assessment of the West’s failure to grasp the nature and extent of the Islamist threat (one wonders what he thinks of President Macron’s newly hawkish line).

Shavit will appear jarringly hardline to Western readers. But in Israel his is not a controversial opinion, nor is it a partisan issue dividing Right from Left. Long bloody experience and ever-present threats have forged a near-consensus opinion in Israel that Islamism – whether Sunni (Hamas, al-Qaeda and ISIS) or Shi’ite (Iran and Hezbollah) – is yet another totalitarian ideology;like its European predecessors, not only brutal but antisemitic.

While it is true that this book can, at times read like a manual for intelligence agents, or a kind of Middle East history textbook, it is rescued from academic stodginess by his shrewd, incisive analyses as well as his stories of personal encounters with key players. We learn for example that the now open contempt that many Arab leaders have for the Palestinian leadership has long featured in their private conversations with Israelis. He refers to one, unnamed ‘Arab leader’ who would respond to any mention of Yasser Arafat with ‘words in Arabic that are not suitable for print’. Jordan’s King Hussein would apparently always respond to Arafat’s name with a ‘despairing sigh’.

Shavit is full of respect for the Prime Minister who appointed him Mossad Director, Yitzhak Shamir. Of the other Israeli premier he served under as director, Yitzhak Rabin, who was assassinated in the last year of Shavit’s tenure, he writes: ‘I loved the man. His personality and his knowledge filled me with confidence… there was no precedent to the unique and personal attention Yitzhak gave to the combatants and employees of the Mossad, and unfortunately, since his passing no one has lived up to the standard he set. I miss him every day.’

Throughout the book, we see that Shavit is very much in the mould of other Israeli leaders who see the defence of Israel as a duty made sacred by the tragic weight of Jewish history. Shavit quotes at length an unnamed Mossad official, responsible for gathering intelligence on Iraq’s weapons of mass destruction programme. This individual writes of how he remembers the outbreak of the Second World War, aged 12, and ‘the loss of my loved ones’. Shavit’s commentary on his colleague’s words is no less poignant: ‘It seems to me that things like this can be written only by a member of the Jewish people, who experienced the Holocaust personally, and whose life as a survivor led him to a position where he could have an influence over the development of a similar threat, this time to the State of Israel, from a deranged and bloodthirsty dictator like Saddam Hussein.’

It’s in reading people like Shabtai Shavit that one is struck – even now, with Israel more than 70 years old – by the enormity of that reality in the context of Jewish history.

Certain topics are the subject of lengthy analysis and opinion. Shavit devotes many pages to Iran and to his personal take on both the Yom Kippur War – in which he was involved as both a soldier and as Head of Mossad’s Operations Directorate – and the Second Lebanon War – which he observed from the outside as a private citizen.

On Iran, there are broadly two schools of thought among observers of the regime in Tehran. One believes that, despite the fire-and-brimstone rhetoric, the Ayatollahs are basically rational and concerned above all with the survival of the Islamic Republic; the other is deeply worried by the potential irrationality of this religiously-motivated leadership. Shavit falls into the latter camp: ‘The bottom line is that the thought of a fanatical Shiite ayatollah with his finger on the nuclear trigger is terrifying.’

His writing on the Yom Kippur War is most interesting as an account of how it led to greater investment in, and reliance on, the Mossad, which up to that point had been very much the poor relation of the infinitely better resourced IDF Military Intelligence. The human intelligence of the Mossad – actual people on the ground in Egypt – had warned of the pending Egyptian-Syrian attack, Military Intelligence did not take it seriously – and neither therefore did Defense Minister Moshe Dayan. The rest is history.

What’s notable about his writing on the Second Lebanon War is that it departs from what is an almost universally held view in Israel – that it was a colossal failure. Shavit is adamant that Israel absolutely had to respond to Hezbollah’s wild provocation, killing eight Israeli soldiers and abducting two others (the two abductees were also killed shortly after capture though this was not known until several months later). He then proceeds to outline in detail not only the background to the war but also why the notion of it as a failure became so widely accepted in Israel. He blames the international media, which focused its criticism on Israel as the stronger party and also fell for staged scenes of Lebanese suffering. More surprisingly, he also takes aim at the Israeli media. Shavit accuses news networks of competing for ratings by emphasising the most shocking, negative stories; in other words, stories of Israeli failure. According to the criteria that he believes one should judge a war against a guerilla outfit like Hezbollah (‘the extent of the physical elimination of the guerrilla fighters and the destruction of their assets—weapons, equipment, and infrastructure’), Israel won.

This memoir is not always an easy read. But it serves as a platform for a brilliantly analytical mind, with a nuanced and decidedly non-partisan approach to issues which are so often interpreted through an ideological prism. Most of all, it introduces us to a man who was utterly devoted to the security of his country and his people. And it reminds us that some of Israel’s greatest heroes are those working away from the public gaze, in secrecy and in the shadows, helping to ensure the state’s survival. 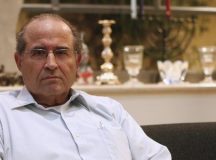 ‘There is a window of opportunity to resolve...

By Shabtai Shavit
Since 2013, Professor Cohen-Almagor has been conducting a comprehensive research project whose aim is to... Read more > December 2020 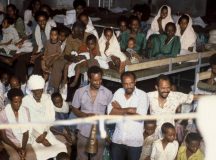 By Raffi Berg
One of Mossad's most daring operations was the creation of a diving resort to rescue... Read more > December 2020 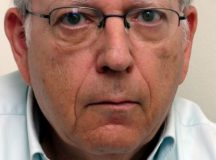