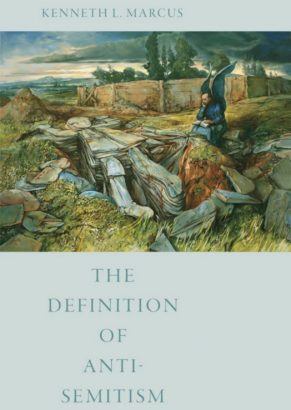 The word ‘antisemitism’ currently has a strange aura around it. There is a curious reluctance on the part of some people to use it even on occasions when it seems unequivocally appropriate – like, for example, the murder of Jewish children and a Jewish teacher in a Jewish school in Toulouse in 2012, committed avowedly ‘to avenge Palestinian children.’ The word itself sometimes seems to have an almost uncanny quality – a ‘killer word’ as some cynics have put it, like a nuclear bomb that must never actually be used!

There is nothing new in finding the use of the word ‘antisemitism’ distasteful. Leo Strauss apparently called it ‘a most improper term’ and vowed never to use it. Some writers have been critical of the origins of the word either because it was coined by antisemites who took ‘Semitism’ for granted as a racial category, or because both Jews and Arabs can be viewed as ‘Semites’. There is a tradition of caution within a liberal elite that has been reluctant to mention the word for fear of stoking the fires of antisemitism and of aggravating ethnic relations between Jews and other groups.

Nowadays most people are in principle opposed to antisemitism, not least because the association of antisemitism with the Holocaust has given it a genocidal signification. In this context, however, a political culture has emerged which focuses on neutralising the power of the term ‘antisemitism’ itself. We see, for example, the development of a particular kind of anti-Zionist politics whose advocates offer repeated and emphatic denials that they are antisemitic or that their actions can be construed as antisemitic. So strong is the role of disavowing antisemitism in this political culture that it sometimes appears in anticipation of any actual accusation of antisemitism.

We find too an extensive literature on the allegedly illicit uses of the word ‘antisemitism’ in political argument. Its use has been condemned, for instance, for ‘overstating’ the suffering of Jews and neglecting that of other people, for legitimising Jewish power and stigmatising those who criticise Jewish power, and more concretely for defending the supposedly indefensible actions and existence of the Jewish state. This political culture situates antisemitism emphatically in the past, treats uses of the term ‘antisemitism’ as anachronistic when applied to the present day, and casts doubt on the motives of those who claim to experience or witness it in the here and now. Seen through this prism, ‘antisemitism’ can appear to be  what the sociologist Ulrich Beck has called a ‘zombie concept’. There is also a spatial aspect to this political culture in which it is claimed that any past connections between antisemitism and other forms of racism have now been severed, not least due to the ‘whitening’ and ‘embourgeoisement’ of the Jews, and that those who speak of a ‘new antisemitism’ today refuse to recognise that the phenomenon of antisemitism now pales into insignificance compared with that of anti-Muslim, anti-immigrant and anti-Roma racisms.

In this confusing and contested context it is timely to read this thoughtful as well as committed book on the definition of antisemitism. Ken Marcus has a keen lawyer’s mind and recounts disturbing cases in which it is the complainant of antisemitism rather than the alleged doer of antisemitic deeds who is treated worse in the courts. He puts a lot of weight on the importance of constructing an adequate and legally enforceable definition of what antisemitism is. He shows good judgment in disposing of opposite but equally implausible positions: the implausibility of those who dismiss definitional issues, for instance, by simply affirming the omnipresence of anti-Jewish hatred, and the implausibility of those who insist on definitions, that so strict that all manner of actually antisemitic behaviour is excluded. In the most powerful sections of this book, Marcus illustrates through various legal cases in the US and Europe the problems which can arise both from an absence of definition and from the wrong kind of definition.

Marcus also seeks to expose the poverty of theory present among those who are all too ready to deny antisemitism. For example, he offers a powerful repudiation of the nasty contention advanced by the Maoist philosopher, Alain Badiou, that today’s ‘purveyors of antisemitism’ – as Badiou calls Jews who are concerned about the rise of a new antisemitism – turn the term ‘Jew’ into an ‘exceptional signifier’ in order to insulate the Jewish people from criticism, monopolise moral capital around Jewish suffering, conceal and marginalise the suffering of Arabs, and impose on Arabs a colonial form of domination. Such a hefty charge against those who raise concerns about the re-emergence of anti-Jewish prejudice says a lot more about Badiou than it does about the people he charges! Badiou and his fellow thinkers even denigrate Holocaust commemoration, which they label a ‘transcendental over-qualifier’ that allows Jews to present themselves as the new Aryans. It is difficult to know what to say about such nonsense but Marcus deploys discourse theory to a much better end when he presents the signifier ‘Jew’ as a nodal point of unification for a broad range of hostilities, sometimes contradictory in content, encompassing an astonishing variety of groups, held together by all things Jewish – the Jewish state, the Jewish nation, Jewish nationalism, the Jewish lobby, or simply the Jews.

On the relation between anti-Zionism and antisemitism, Marcus argues that no reputable scholar maintains that all opposition to Israel is antisemitic, but that there are scholars who maintain the equally unconvincing position that no opposition to Israel is or can be antisemitic. Hostility to Israel may not be at all antisemitic but it can be – just as, say, hostility to an independent African state may not be remotely racist but can be when it is based, for instance, on the prejudice that ‘Africans cannot rule themselves.’ Marcus endorses the view that if in the past the most dangerous antisemites wanted to make the world Judenrein, free of Jews, perhaps today the most dangerous antisemites want to make the world Judenstaatrein, free of a Jewish state.

To determine when opposition to Israel ceases to be genuinely political and becomes antisemitic, Marcus refers readers first to unsuccessful attempts to make such a distinction (illustrated by the European Union Monitoring Commission [EUMC]’s efforts up to 2004), then to more productive but still rather vague attempts (like Natan Sharansky’s 3-D test: whether hostility to Israel involves demonisation, double standards and delegitimation), and finally to the most successful attempts to date which offer a strong foundation on which to build (like the EUMC’s 2005 Working Definition of Antisemitism and the State Department’s later adaptation of the Working Definition). Marcus endorses the situated and practical criteria the Working Definition deploys, such as accusing ‘the Jews’ as a people of being responsible for the alleged wrongdoings of the Israeli state, or of being more loyal to Israel rather than to their ‘host’ country, or of exercising huge, secret and harmful power, or of inventing and exaggerating Jewish suffering in the Holocaust for their own self-interested ends. Marcus is strongly committed to institutionalising, legalising and thus developing the criteria raised by this definition. He is also committed to combating attempts to invalidate, destroy and disown this definition by bodies like the UK University and College Union (perhaps for fear that their own practices might fall foul of it) and by Jewish radical dissidents (perhaps in pursuit of the assimilationist dream that they will be accepted or lauded if they publicly denounce Zionism and the Jewish mainstream).

The idea of a whole book by a clever lawyer defining antisemitism sounds dry, but it is a campaigning as well as analytical text. Sometimes it seems to me that Ken Marcus’s judgment goes awry, as when he defines the distinctiveness of antisemitism in terms of its range, virulence and repetitiveness. Does this really distinguish antisemitism from anti-Black racism? Sometimes I find myself frustrated by poor editing in spite of its OUP imprint of what seems to me a hastily written text. Overall, however, Marcus puts forward a thesis about the significance of definition that all students of antisemitism can profitably engage with. 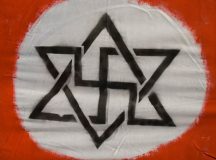 By Lesley Klaff
One of the cruellest aspects of the new antisemitism is its perverse use of the... Read more > Spring 2016

By David Hirsh
When the UCU rejected the EUMC Working Definition of antisemitism which states that some kinds... Read more > Spring 2016