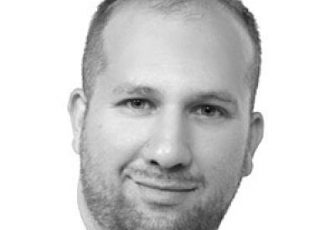 Yaakov Lappin is a military and strategic affairs analyst, specialising in Israel’s defense establishment, and the country’s strategic environment. He is an Associate Researcher at the Begin-Sadat Center for Strategic Studies, and the Israel correspondent for Jane’s Defense Weekly and the Jewish News Syndicate (JNS.org). Lappin is a guest commentator on international TV and radio outlets, including Sky News, BBC World Service, and I24.

Mandate100 | The Year 1939: Why did Britain Abandon the Two-State Solution on the Eve of World War Two?

By Yaakov Lappin
Using documents in the National Archive, including German documents photographed and sent to Whitehall by an American spy,... Read more > June 2020

By Yaakov Lappin
In this essay, military and strategic affairs analyst Yaakov Lappin analyses the rationale behind the US ‘maximum pressure’ campaign,... Read more > June 2019

‘The War Between Wars’: Israel vs Iran in Syria

By Yaakov Lappin
Yaakov Lappin is a Research Associate at the Begin-Sadat Center for Strategic Studies, and a military correspondent. In... Read more > october 2018