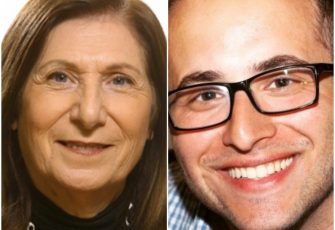 Sima Shine is a senior research fellow at INSS. Prior to that, she served as deputy director general at the Israel’s Ministry of Strategic Affairs, where she was responsible for the Iranian file (2009-2015). In this framework she was heavily involved in the diplomatic contacts in recent years on the Iranian issue. Sima also served as deputy head of the National Security Council for Strategic Affairs (2008-2009), as well as head of research at the Intelligence Division of the Mossad (2003-2007).

Ezra Friedman is a project manager at the Institute for National Security Studies (INSS), a nonpartisan, foreign policy think tank in Tel Aviv, Israel. He holds a BA in Governmental Studies from IDC Herzliya in Israel, and specializes in global affairs, conflict resolution, counter-terrorism, and homeland security.