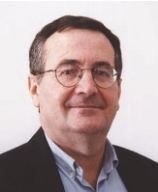 Shlomo Brom is a senior research associate at the Institute for National Security Studies. His most senior post in the IDF was director of the Strategic Planning Division in the Planning Branch of the General Staff. He participated in peace negotiations with the Palestinians, Jordan, and Syria, and in Middle Eastern regional security talks during the 1990s. He continued to be involved in Track 2 dialogues on these subjects after his retirement from the IDF. In 2000 he was named deputy to the National Security Advisor, returning to JCSS at the end of his post. In 2005-2006 Brom was a member of the Meridor committee established by the Minister of Defense to re-examine the security strategy and doctrine of the State of Israel. His primary areas of research are Israeli-Palestinian relations and national security doctrine.

By Shlomo Brom
Part 1 Part 2 Toby Greene: We have been interviewing a number of analysts over the last few... Read more > Summer 2014