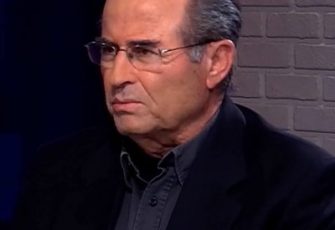 Shabtai Shavit is the chairman of the Board of Directors of the International Institute for Counter Terrorism (ICT) at the Interdisciplinary Center in Herzliya, Israel; a post he has held since 2001. He served as the director of Israel’s Intelligence Services, the Mossad, between 1989 and 1996, having joined the organisation in 1964 and holding a number of positions over the 32 years before his appointment as director. He also currently holds positions as an adviser to the Israeli National Security Council, the Knesset Sub-Committee on Intelligence and the Committee on Foreign Affairs and National Security.

‘There is a window of opportunity to resolve our conflict with the Palestinians’: an interview with former Mossad Director-General Shabtai...

By Shabtai Shavit
Since 2013, Professor Cohen-Almagor has been conducting a comprehensive research project whose aim is to provide a detailed... Read more > January 2019