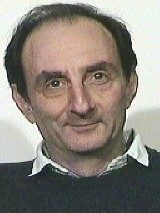 Philip Spencer is Professor of Holocaust and Genocide Studies at Kingston University, England, where he founded and directed the Helen Bamber Centre for the Study of Rights, Conflict and Mass Violence. His latest book is Genocide since 1945 (Routledge, 2012).

By Philip Spencer
The late writings of Robert Fine, who died in 2018, can help us understand the manifold connections between... Read more > April 2020

By Philip Spencer
This is a sadly disappointing book. At one level, it is yet another example of a widespread failure... Read more > Autumn 2017

By Philip Spencer
To say this is a timely book is something of an understatement. Over the past few months, evidence... Read more > Autumn 2016

By Philip Spencer
The central argument of this book is that the question of Palestine is fundamentally a global question, indeed... Read more > Winter 2013