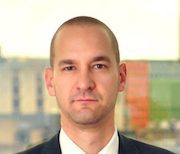 Oren Kessler is a Tel Aviv-based journalist and analyst. He was formerly deputy director for research at the Foundation for Defense of Democracies in Washington and Middle East research fellow at the Henry Jackson Society in London. Previously he was Arab affairs correspondent for The Jerusalem Post during the Arab Spring and a writer, editor and translator at Haaretz. His work has appeared in outlets including The Washington Post, The Wall Street Journal, Politico, Foreign Affairs and Foreign Policy.

Mandate100 | ‘A dangerous people to quarrel with’: Lloyd George’s Secret Testimony to the Peel Commission Revealed

Mandate100 | ‘A Clean Cut’ for Palestine: The Peel Commission Reexamined

By Oren Kessler
In this fascinating dive into the archives Oren Kessler reveals the dramatic exchanges that shaped Lord Peel’s 1936... Read more > March 2020