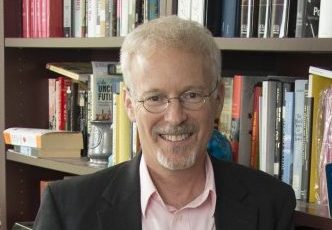 Norman J.W. Goda is the Norman and Irma Braman Professor of Holocaust Studies. He teaches a variety of courses on the Holocaust and Nazi Germany from historical and interdisciplinary perspectives. He is the author of Tomorrow the World: Hitler, Northwest Africa, and the Path toward America (1998); Tales from Spandau: Nazi Criminals and the Cold War (2007); The Holocaust: Europe, the World, and the Jews (2013). He has also co-authored, with Richard Breitman, US Intelligence and the Nazis (2005) and Hitler’s Shadow: Nazi War Criminals, US Intelligence and the Cold War (2010).