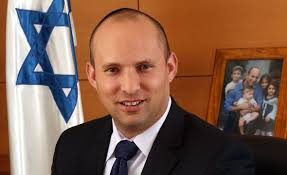 Naftali Bennett is the leader of the religious-nationalist The Jewish Home party. He is also Israel’s Minister of Education and previously served as the Minister of Diaspora Affairs between 2013. Between 2013 and 2015, he held the posts of Minister of Economy and Minister of Religious Services. Prior to serving in government, Minister Bennett served as CEO of Soluto, an Israeli cloud computing service, which he sold in 2013.

By Naftali Bennett
‘Forming a Palestinian state along the lines that many readers of Fathom believe is the way forward would... Read more > Winter 2017