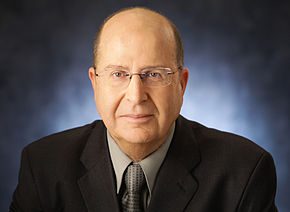 Moshe Ya’alon is former Chief of Staff for the IDF and served under the current Netanyahu government for seven years, including three years as Defence Minister. Since resigning from the Defence Ministry in May 2016, Ya’alon has left the Likud party to set up his own NGO and to form a new political party.

Against Solutionism, Against Nowism: For ‘the Longer, Shorter Path’ | An interview with Moshe Ya'alon

By Moshe Ya'alon
Moshe Ya'alon is a former Chief of Staff for the IDF and served under the Netanyahu government for... Read more > Spring 2017