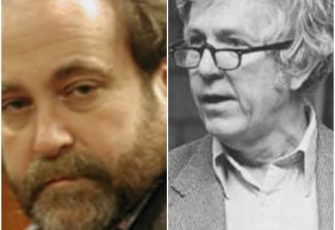 Mitchell Cohen teaches political science at Bernard Baruch College and the Graduate School of the City University of New York.

Michael Harrington (1928-1989) was an American democratic socialist, writer, author of The Other America. He was professor of political science at Queens College in Flushing, New York, and founding member of the Democratic Socialists of America.

Democratic Socialism, Israel and the Jews: An Interview with Michael Harrington (1975), with new preface by Mitchell Cohen (2020)