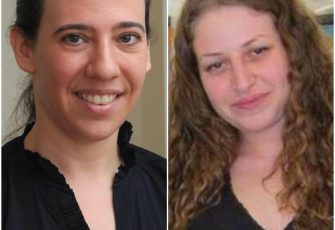 Attorney Michal Gera Margaliot is the managing director of the Israel Women’s Network (IWN) since November 2016. Over the past decade Michal has been active in promoting women’s rights and raising awareness to the issue. Prior to becoming the managing director of the IWN, Michal served as a parliamentary advisor and chief of staff of MK Merav Michaeli, for four years.

Attorney Miriam Zalkind serves as the director of IWN’s policy and legislation department since December 2016. Miriam has been a feminist activist for more than a decade and was one of the leaders of the struggle against the exclusion of women and even filed petitions to the High Court of Justice on the subject.