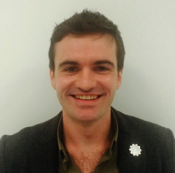 John Lyndon is the European Director of the Alliance for Middle East Peace, the largest and fastest-growing network of peacebuilding organisations in the region. A Visiting Fellow at Kings College London and a regular Middle East analyst on France 24 and Sky News, his writing has appeared in TIME, Newsweek and the Independent.

The UK and US can help build an International Fund for Israeli-Palestinian Peace. The time is now.

By John Lyndon
This journal has long argued that people-to-people peacemaking programmes on a grand scale are essential to advance the... Read more > April 2021

Three Views on the Trump Plan: (2) A deal that drains the two-state solution and the very idea of peace...

By John Lyndon
John Lyndon is Executive Director of the Alliance for Middle East Peace (ALLMEP). He argues that the Trump... Read more > February 2020

By John Lyndon
Plays tend to have three acts. In his excellent and very timely ‘Doves Among Hawks: Struggles of the... Read more > December 2019

One More Dunam, One More Goat: Re-learning How Real Change Happens in Israel and Palestine

By John Lyndon
‘In Israel, the group which has sketched out its bold vision of the future most clearly, invested resources... Read more > January 2019