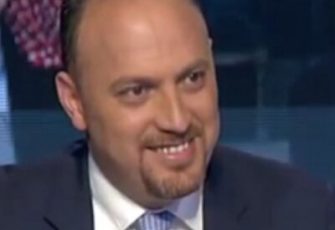 Husam Zomlot is co-founder of the Palestine Strategy Group, ambassador-at-large for the Palestinian government and adjunct professor and co-chair of the School of Government at Birzeit University. Husam Zomlot served as a PLO representative to the UK from 2003 to 2008. He is the author of Building a Palestinian State Under Occupation.

After Oslo’s failure, the two-state solution is now an international responsibility: an interview with Husam Zomlot

By Husam Zomlot
Husam Zomlot serves as ambassador-at-large for the state of Palestine and adjunct professor of Government at Birzeit University.... Read more > Article Summer 2016

Our Voice of the Week is an address given by the President of the Jerusalem Center for Public Affairs, Ambassador Dore Gold, titled The Trump Plan: The Failure of the Old Paradigm. Ambassador Gold assesses the Trump plan, claiming the plan addresses the shortcomings in previous US attempts to build lasting Israeli/Palestinian peace.

Our Image of the Week shows left-wing Israeli activists in Tel Aviv demonstrating for a ‘real’ peace plan and not what they view as the 'annexation plan' of US President Donald Trump, 1 February 2020. Photo by Flash90.

Critical Reflections on the Trump Peace Plan | A conversation...
By Dennis Ross and David Makovsky

‘Cooperation between rivals’: a new paradigm for understanding the Israeli-Palestinian...
By Doron Matza

‘To understand what makes Israel tick today you must understand...
By Anshel Pfeffer

Oslo25 | Israel and the Middle East after Oslo: Hope...
By Yair Hirschfeld

Oslo25 | Why are negotiations still stuck?
By Orna Mizrahi

Needed: a paradigm shift in the ‘Middle East Peace Process’
By Shlomo Avineri

Ten ways the Palestinians failed to move toward a state...
By Yair Hirschfeld

Trump, Israel and the Jews: What Happens Next?
By Shany Mor

The US has always had a blind spot about the...
By Khaled Elgindy

‘My Stability Plan offers only partial self-determination but will allow...
By Naftali Bennett

After Oslo’s failure, the two-state solution is now an international...
By Husam Zomlot