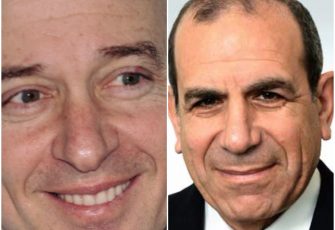 Orni Petruschka is a a high tech entrepreneur operating in the alternative energy field. He co-founded Pythagoras Solar and Coriolis Wind, where he serves as co-CEO. He is a co-founder of Blue White Future and serves as the Israeli Chairman of the Abraham Fund Initiatives.

Gilead Sher is a lawyer, former brigade commander in the IDF, co-founder of Blue White Future and former Chief of Staff and Policy Coordinator for Prime Minister Ehud Barak. He was co-chief negotiator 1999-2001 at the Camp David summit and the Taba talks. His works include The Israeli-Palestinian Peace Negotiations, 1999-2001: Within Reach (2006).

1967 | Don’t believe the hype: the settlers have not made the two-state solution unachievable

By Orni Petruschka and Gilead Sher
After 50 years of Israeli control over the West Bank, increasing numbers believe that a ‘two states for... Read more > Article Spring 2017