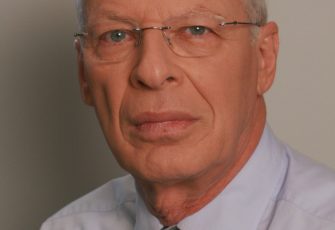 Ehud Yaari is an Israel-based Lafer international fellow of The Washington Institute. Ehud Yaari has been a Middle East commentator for Israeli television since 1975. Among his numerous awards for journalism are the Israeli Press Editors-in-Chief prize for coverage of the peace process with Egypt, the Sokolov Prize for coverage of the Lebanon War, and the Israel Broadcasting Award for coverage of the Gulf War. He is also the author of eight books on the Arab-Israeli conflict, including Fatah (Sabra Books, 1971); Egypt’s Policy Towards Israel in the Fifties (1974); A Guide to Egypt (1982); The Year of the Dove, co-authored with Ze’ev Schiff and Eitan Haber (Bantam, 1979); Israel’s Lebanon War, co-authored with Ze’ev Schiff (Simon and Schuster, 1984); and Intifada, co-authored with Ze’ev Schiff (Simon and Schuster, 1990).

By Ehud Yaari
Ehud Yaari is an expert on Middle Eastern affairs. He is the author of eight books on the... Read more > June 2021